Travel agent, 52, who falsely claimed her ‘violent’ boss stabbed her in the hand with a pen is spared jail and ordered to pay £85,000 court bill

A travel agent has been ordered to pay an £85,000 court bill after making ‘extraordinary’ false claims that her male boss stabbed her in the hand with a pen at her desk.

Parivash Kiani, 52, sued travel marketing company Aviareps PLC, based in Brentford, claiming the employers were liable for failing to protect her in February 2015.

The mother-of-two said she had been left mentally scarred and produced two photographs showing puncture wounds to her right hand – allegedly caused by her line manager.

However, close analysis of one of the images showed a document in the background dated a significant period of time after the incident, before Ms Kiani admitted that the pictures were fake.

Her former employers took her to the High Court last week accusing her of contempt in using the faked photographs to bolster her claim during an employment tribunal with the company.

After losing the initial tribunal fight over the allegations and being found ‘fundamentally dishonest’ in a subsequent county court claim, Ms Kiani has now been handed an £85,000 bill and suspended sentence for contempt of court at the High Court.

Outlining the case, Mr Justice Martin Spencer told the court: ‘She must have deliberately in 2017 stabbed herself twice in the hand, waited for the stab wound to scab over, and then either herself – or through another person – taken these pictures of her hand in order to pretend that they were photos taken in February 2015 two years earlier, and represented the position as a result of the alleged assault.’ 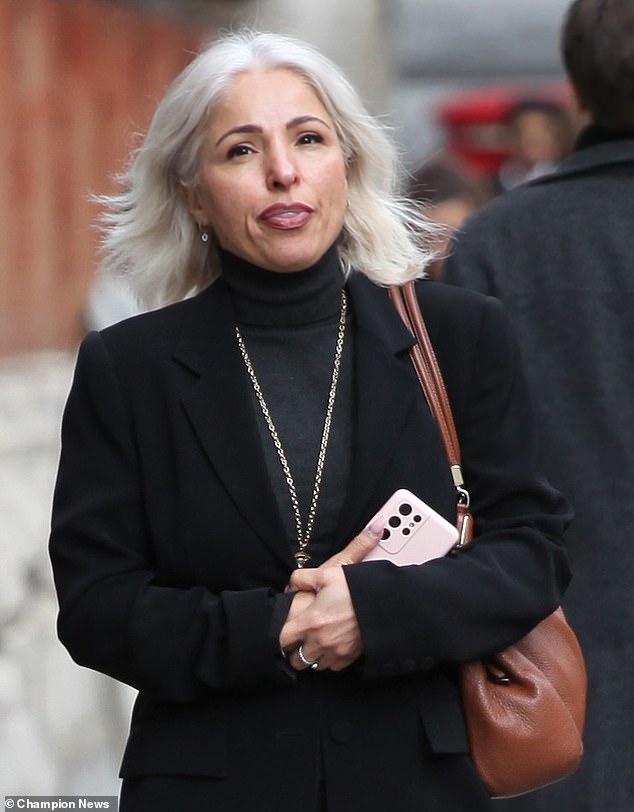 The judge said her case had roots back to January 2015, when Ms Kiani was disciplined at work for breaching client confidentiality and later had her position ‘terminated’ in December the same year.

Following her contract termination, she took Aviareps to an employment tribunal alleging unfair dismissal and that her line manager, Fawad Shaida, had stabbed her with a biro or pencil when she got up from her desk in February 2015.

Ms Kiani claimed she was left shouting in pain when her boss ‘stabbed her twice with a biro, causing her hand to bleed’.

She said the incident took place when she left her desk to walk towards a fax machine.

Ms Kiani added: ‘He said something to me so I stopped, he walked towards me and was standing in front of me when he grabbed my hand and then stabbed it randomly with a pen twice.’

As a result of the incident, she said she had been left with chronic pain, was forced to switch to using her left hand and alleged attack had caused lasting trauma, nightmares and flashbacks.

But Mr Shaida told the court that he had ‘picked up the biro and gently tapped her hand leaving an ink mark’ while the pair were ‘joking around’.

After Ms Kiani’s case was dismissed by an employment tribunal panel in 2017, she pressed ahead with a £3,000 compensation claim in court alleging Aviareps failed to protect her from her violent boss.

But in March 2020, Judge Heather Baucher rejected her case at the Central London County Court after finding her account of the incident ‘defied logic’.

The judge also accepted Mr Shaida’s account of the incident, labelling him an ‘impressive witness who had faced the court with dignity and calmness’.

Mr Shaida even expressed his sorrow for the loss of his former friendship with Ms Kiani, whose family birthdays he had attended at her home. 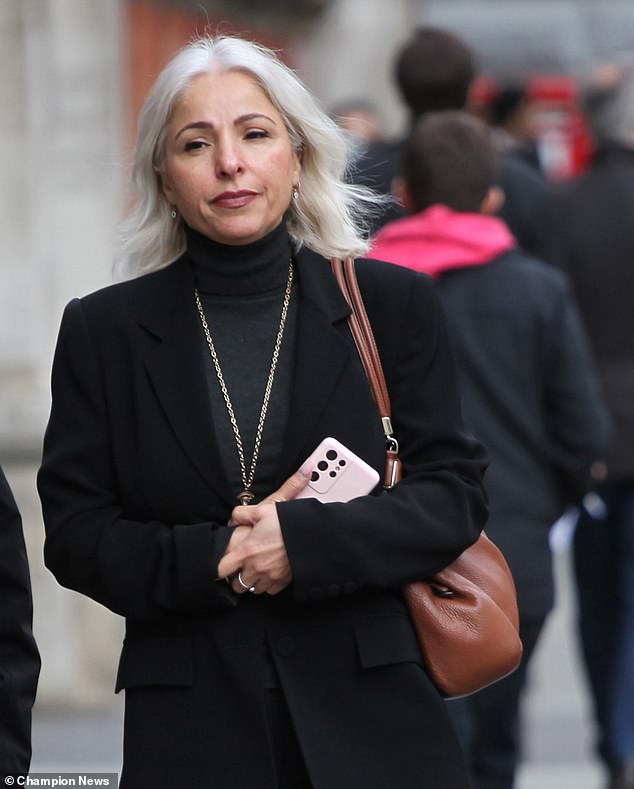 The former travel agent made ‘extraordinary’ false claims about being stabbed at work, but her case was thrown out when documents in the background of photographic evidence of her injuries revealed they had been taken long after the incident 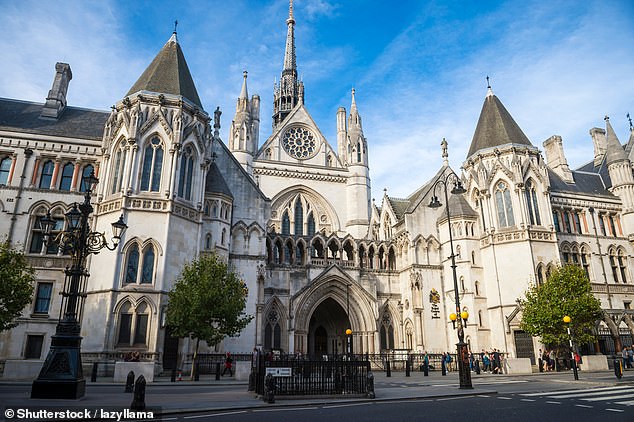 Judge Baucher also ruled that Ms Kiani ‘deliberately manufactured the photo evidence supporting her account to bolster the veracity of her claim’.

She told the court ‘this was a minor office incident’ before throwing out Ms Kiani’s ‘fundamentally dishonest’ case and ordering her to pay £35,000 in court fees.

Following the outcome, lawyers for Aviareps brought their former employee to the High Court alleging a deliberate contempt of court for falsifying evidence.

Ms Kiani, of North Finchley, London, admitted attempting to ‘interfere with the course of justice’ and was given a six-month suspended sentence by Mr Justice Martin Spencer.

The judge decided to suspend the sentence after noting that her actions were not motivated by greed, as Ms Kiani had only sued for £3,000.

He also highlighted her ‘significant psychological condition’, adding: ‘She has in a totally misguided way sought to achieve some vindication for her position as a result of some perceived injustice which she suffered in 2015 which she was unable to let go.’

On top of the £35,000 at Central London County Court, Ms Kiani was further ordered to pick up her former employer’s legal fees for the committal hearing – estimated to be around £50,000.