TRAVELLERS living on an illegal site could be there for years after filing an official planning permission request to make it their home, The Sun Online can reveal.

People in Little Hadham, Herts – which is home to bankers and judges – are furious after the travellers each paid £3,000 for football-pitch sized plots of land. 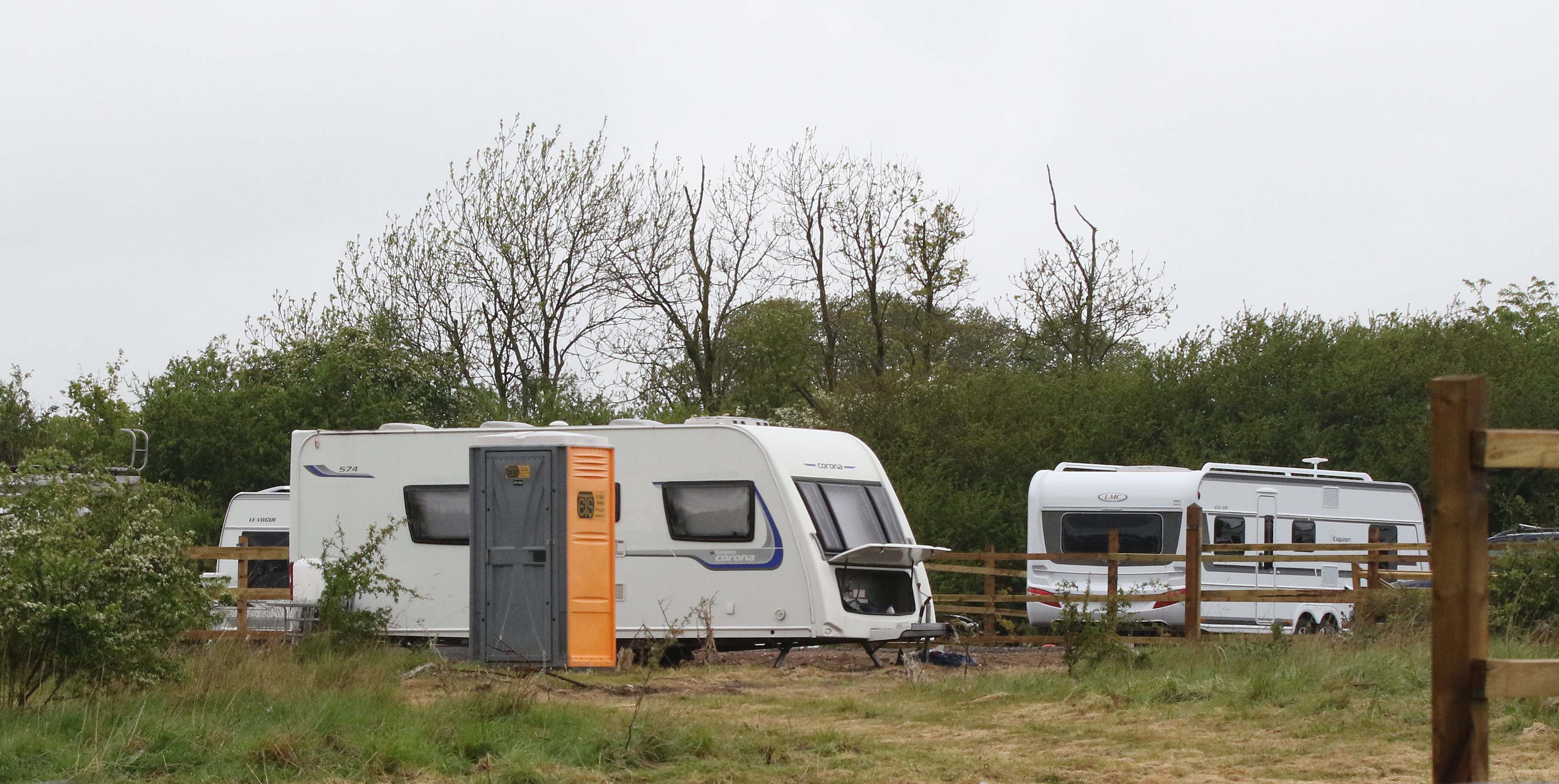 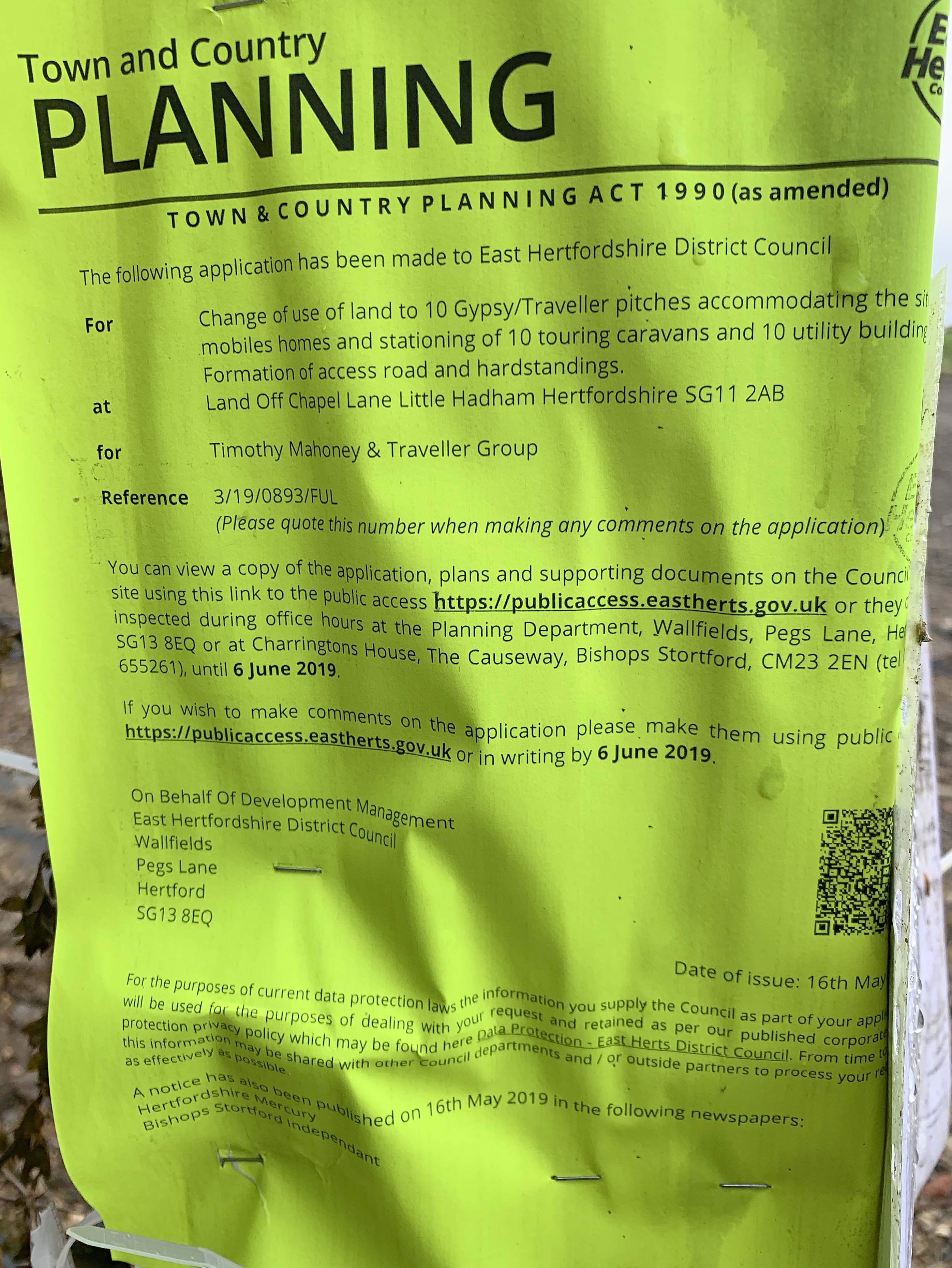 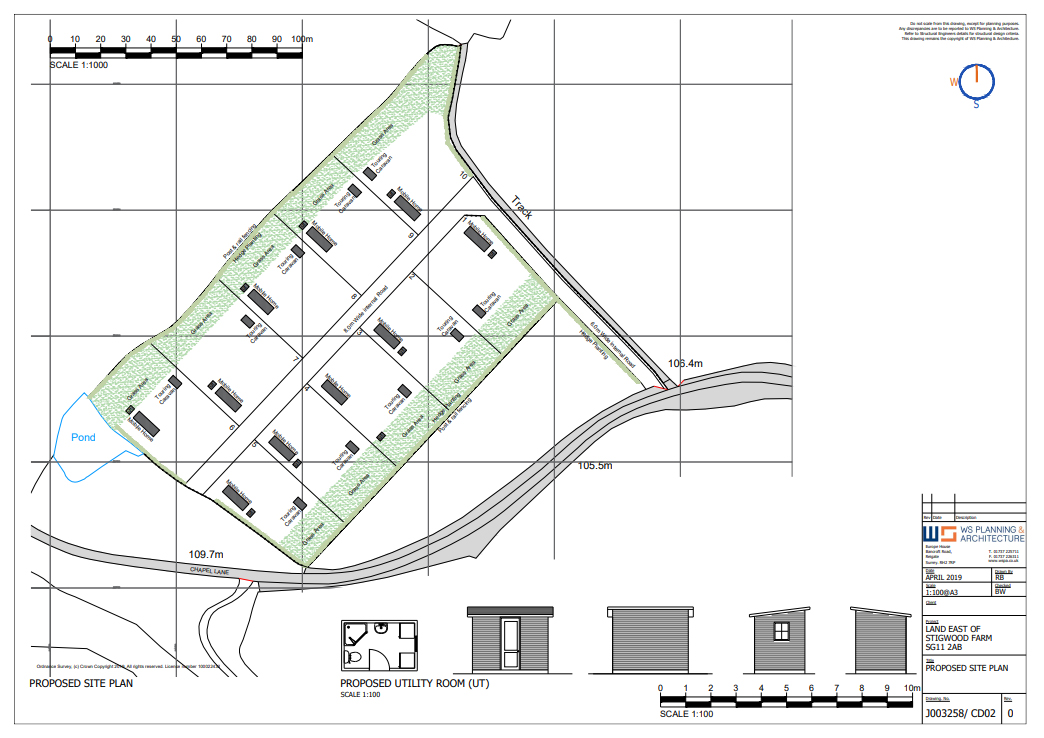 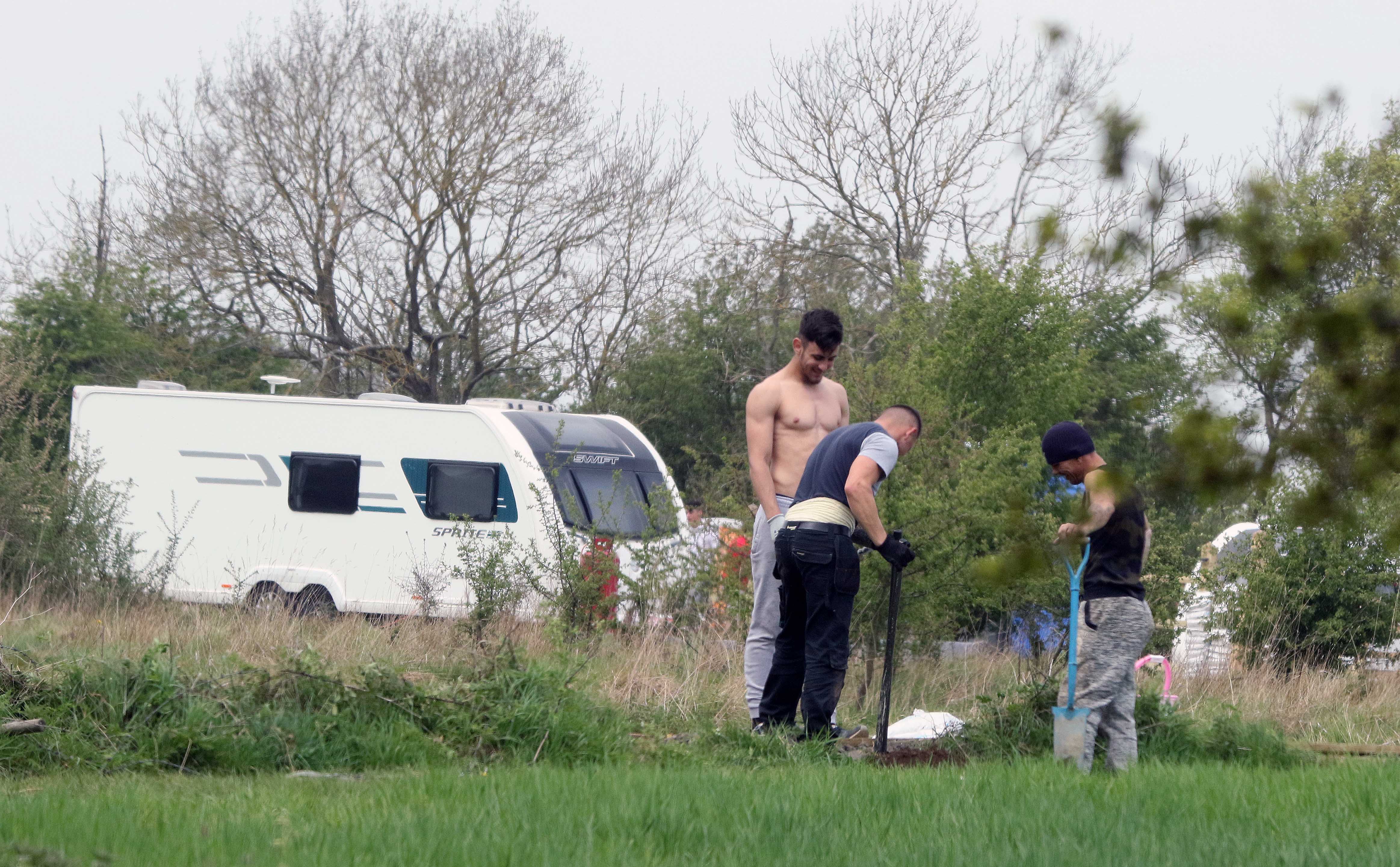 During the Bank Holiday weekend dozens of caravans moved onto the former grazing field which was quickly filled up with hardcore roads and fencing.

And The Sun Online can today reveal that the travellers have now put in for planning permission to stay on the land.

Each plot has enough room for a mobile home, touring caravan and a large grass area with "hedge planting".

The plan also includes an "internal road" which will split the plots straight down the middle – creating two rows of five.

The land – which has been a grazing field for cattle for at least 15 years – was bought just six months ago for £95,000. Locals say the land would be worth £3million if it gets developed.

Hundreds of residents have been complaining online about the site, fearing it is set to become a permanent feature.

The council responsible for the land has issued the defiant travellers with an injunction notice warning them they must remove the hardcore and restore the land to its former state.

But a notice seen at the site today shows an application for a “change of use” – sparking fears of months, even years of negotiations before the issue is settled.

A spokeswoman for East Herts District Council admitted the planning application would have to be dealt with in its own right, saying it was a “complex” matter.

Some of the villagers are too nice to say they want shot of them, but I personally would prefer that we did not become known as being home to the Hertfordshire Dale Farm

Travellers coming and going from the site today were quick to point out the care they were showing for their new home.

A number of 5mph speed limit signs have been placed on the “driveway” up to the properties whilst many of the caravans have got portable toilets outside them.

One traveller said: “We’re hoping this will become home, so why would we mess it up for ourselves.

Residents in the picturesque village today called for the council to take a tough stance.

One dad-of-two said: “I know they need somewhere to live but it’s going to be hard to swallow if they get planning permission in such a fashion.

“Everyone has one eye on the house prices now.

“Some of the villagers are too nice to say they want shot of them, but I personally would prefer that we did not become known as being home to the Hertfordshire Dale Farm."

The formal application has been made by a Timothy Mahoney and others.

It is asking for: "Change of use of land to 10 Gypsy/Traveller pitches accommodating the siting of 10 mobiles homes and stationing of 10 touring caravans and 10 utility buildings. Formation of access road and hardstandings."

"There is complex case law around processing planning applications on land which is the subject of an injunction, and we have taken legal advice on the route to follow in this instance.”

Residents have reacted angrily in the responses already received by the council.

Gary Woods wrote: "I would like to register my vehement objection to this planning application.

"Should this application be allowed it will do nothing other than promote a massive security risk to the homes and businesses in the area and slash millions off local properties in the area.

“Needless to say this will also affect the rateable value of these houses costing the local authority substantial revenue.

“The people in this area have worked their whole lives to secure homes of this value and l do not see why we should be disadvantaged in this way to the tune of a whole life’s work.” 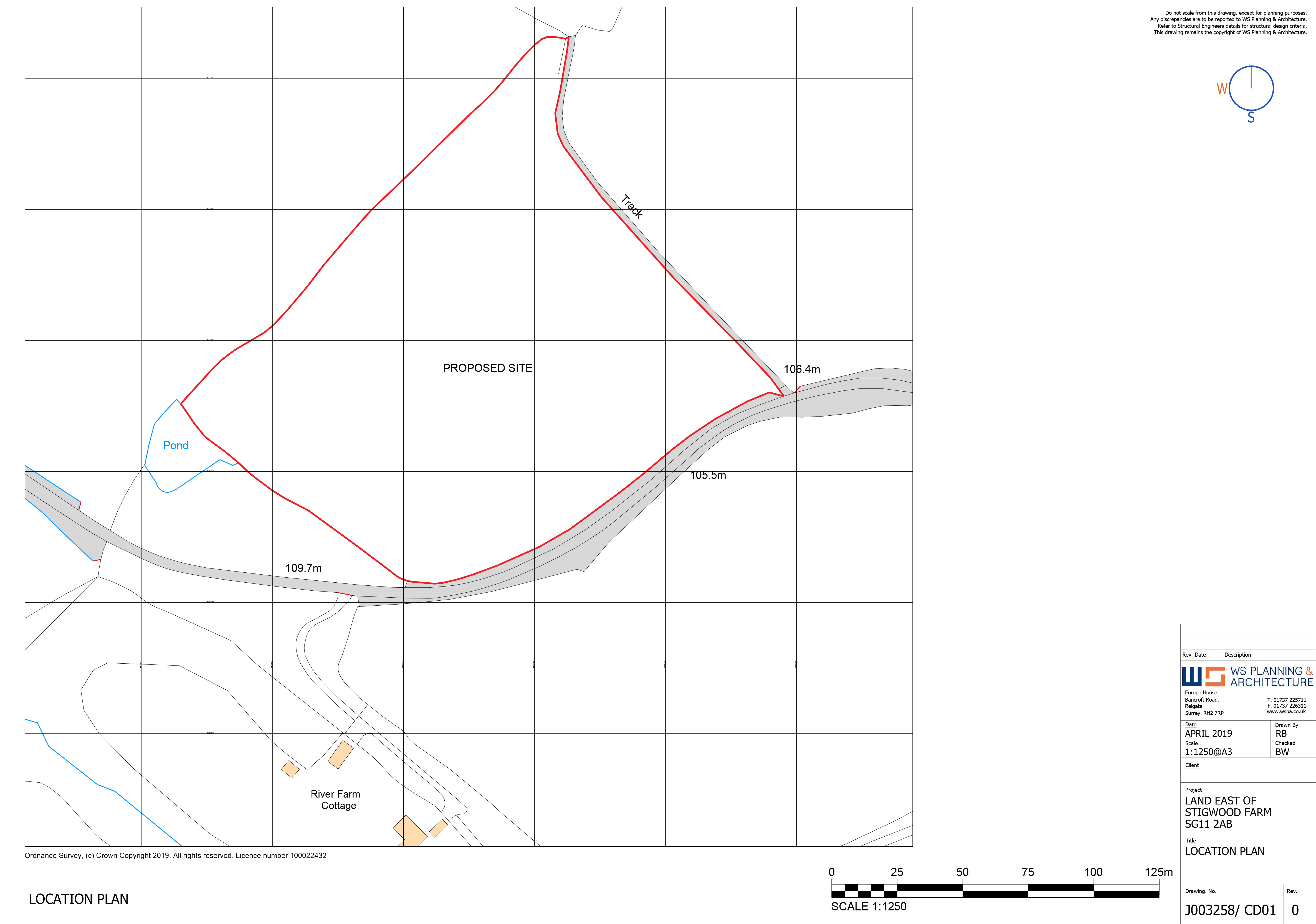 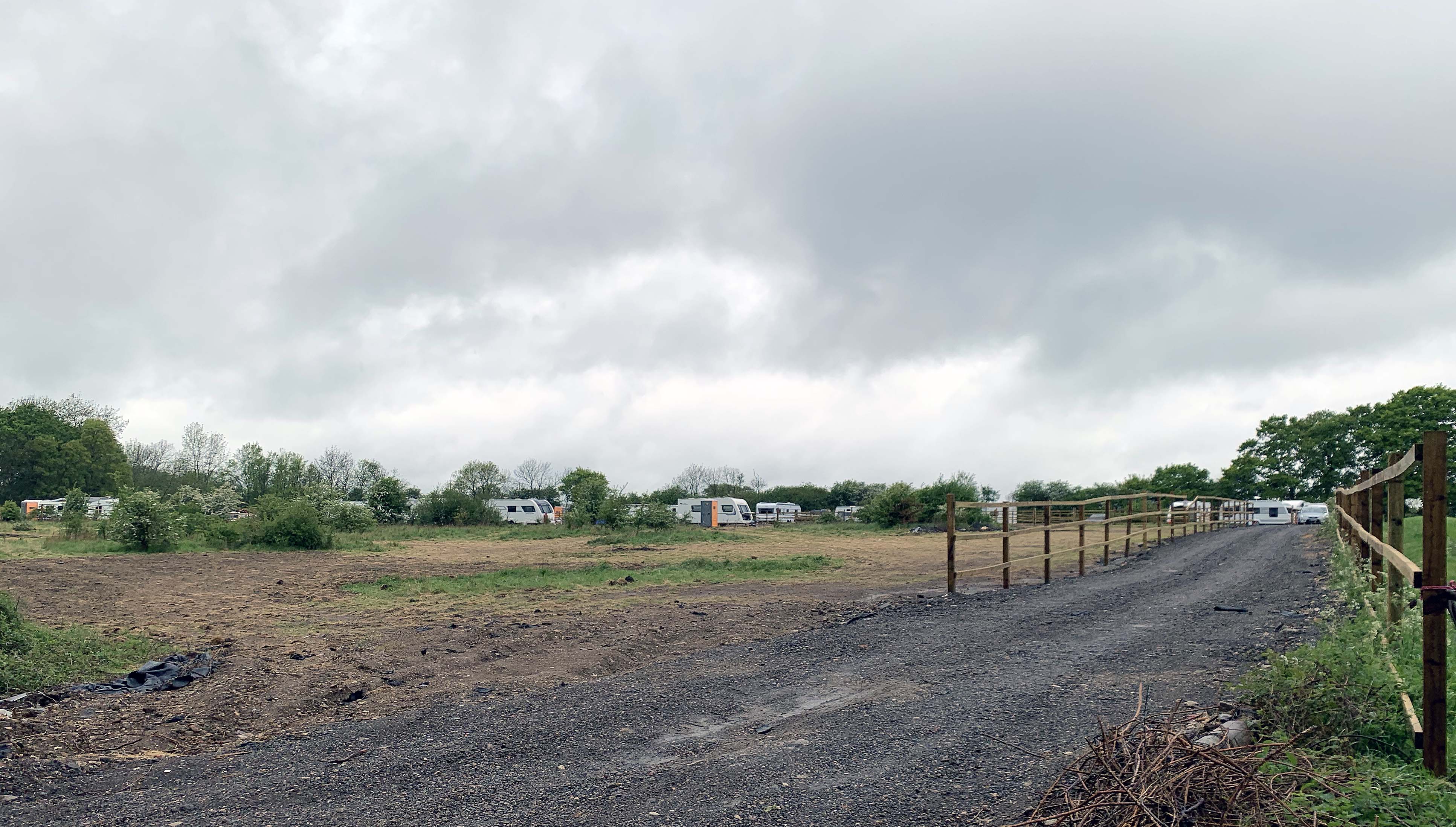 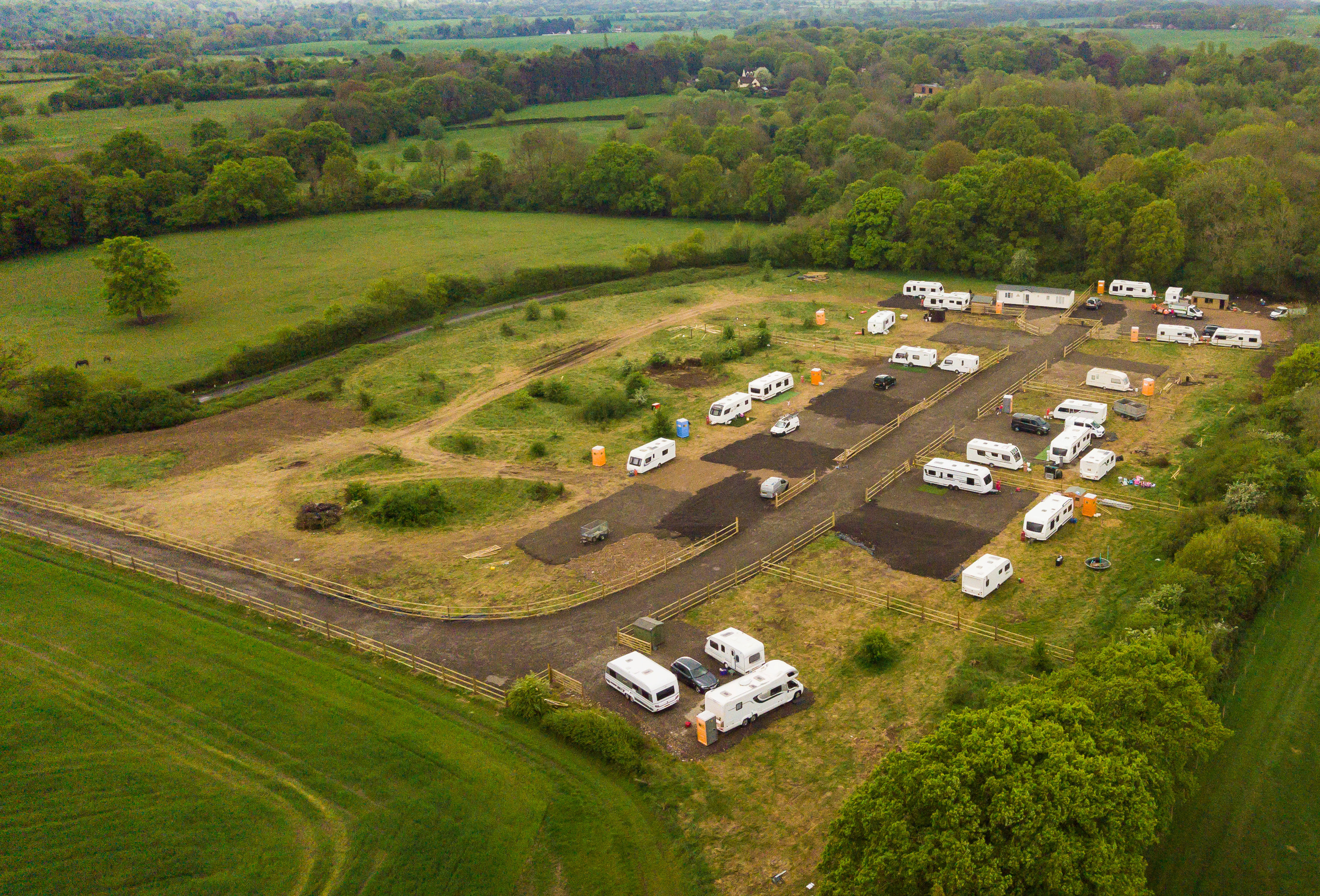 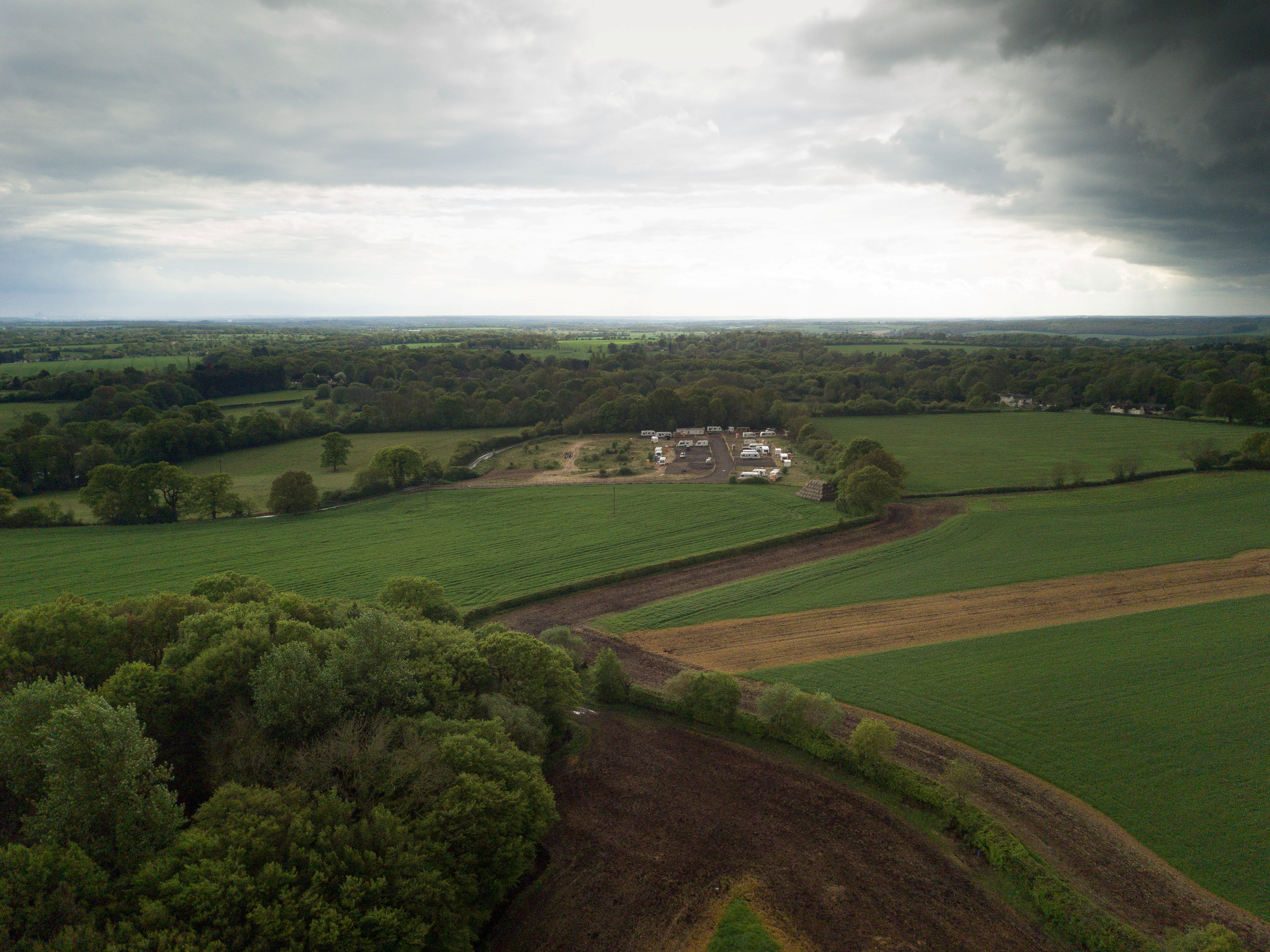 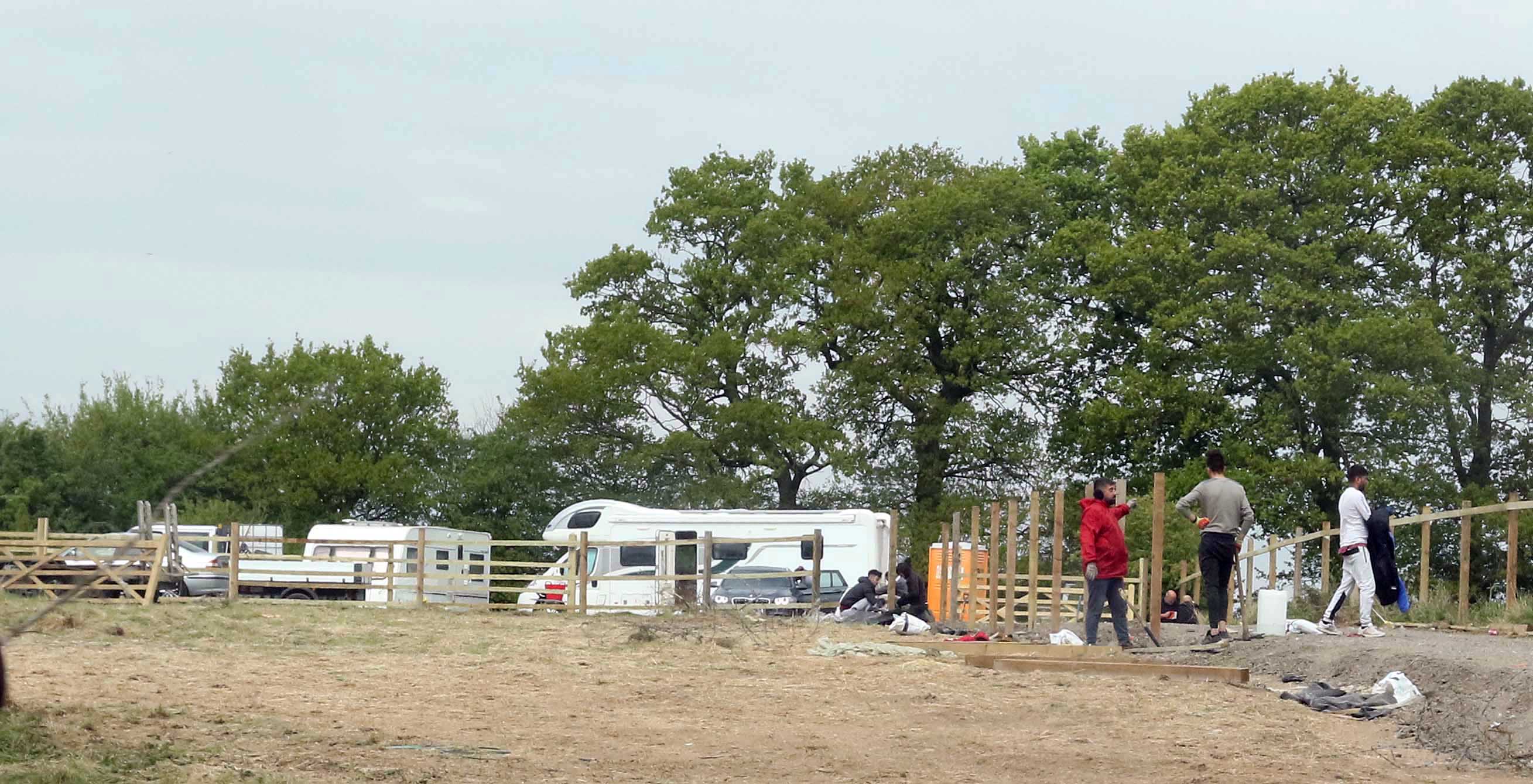