‘Trikini’ – a bikini with matching face mask – proves a hit after designers create it for a joke during lockdown (but it might leave you with some strange tan lines if you go sunbathing!)

The Trikini – a bikini with a matching face mask – has proved a hit for its Italian designer after she created it during lockdown as a joke.

Tiziana Scaramuzzo, the owner of Elexa Beachwear in Senigallia, central Italy, began producing the pandemic-proof beachwear to keep spirits up at home after the government announced a restriction on movement due to the coronavirus outbreak.

Scaramuzzo’s suppliers told her they would be closing in spring, which led to her being unable to produce bikinis for peak season. This hit the business hard, she told Italian website centropagina. 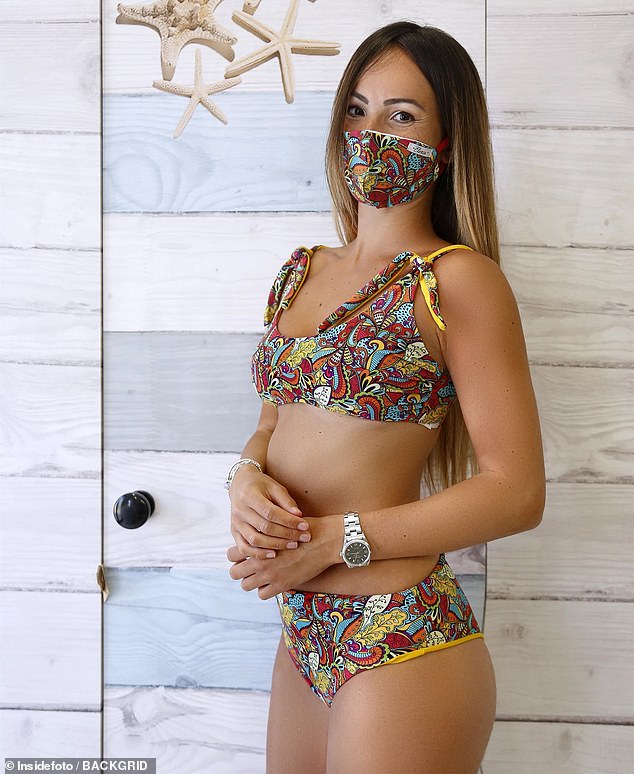 Tiziana Scaramuzzo’s daughter poses in her Trikini in Senigallia, central Italy, after her mother came up with the genius idea last month 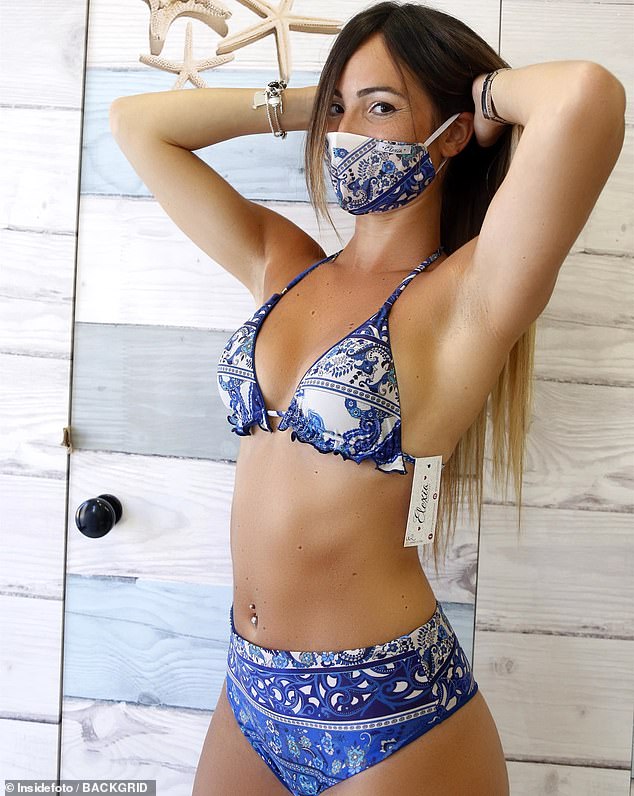 The idea of the Trikini was a joke, Scaramuzzo said, designed to lift the family’s spirits after the coronavirus pandemic led to their factory to being shut down 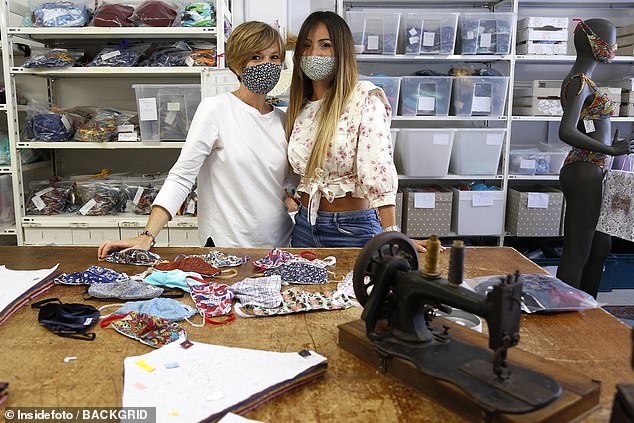 Despite the challenges, she began joking with her family about making masks with designs on them – to raise the mood at home.

After posting images of her daughters wearing the creations on Facebook, the Trikini went viral and Scaramuzzo now has requests flooding in to the store.

She added that she couldn’t believe the lockdown had gone on for so long and damaged the season so badly.

But, she sees hope in the orders she’s been receiving and believes people are buying the brightly coloured face coverings to keep themselves from getting too glum. 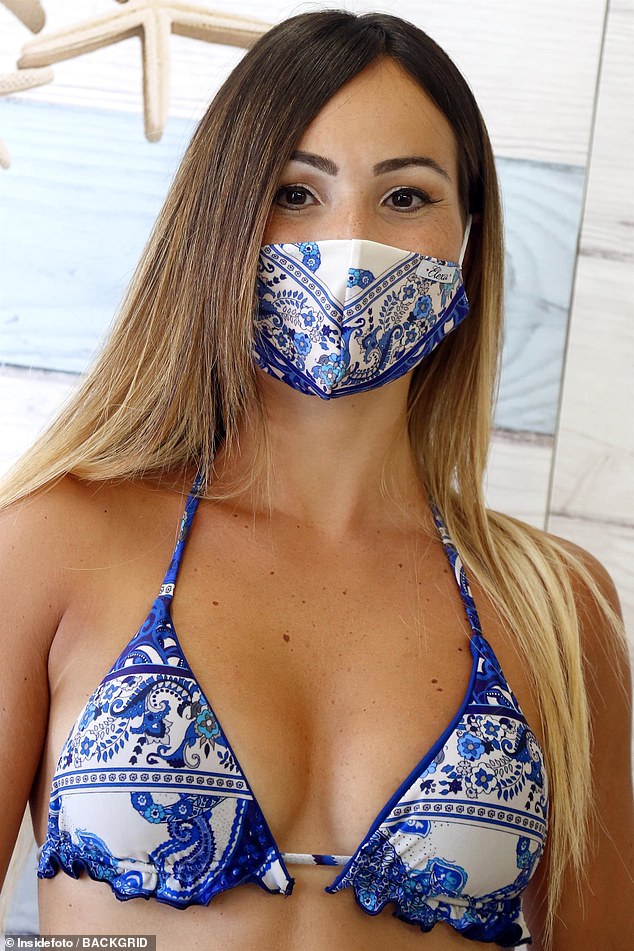 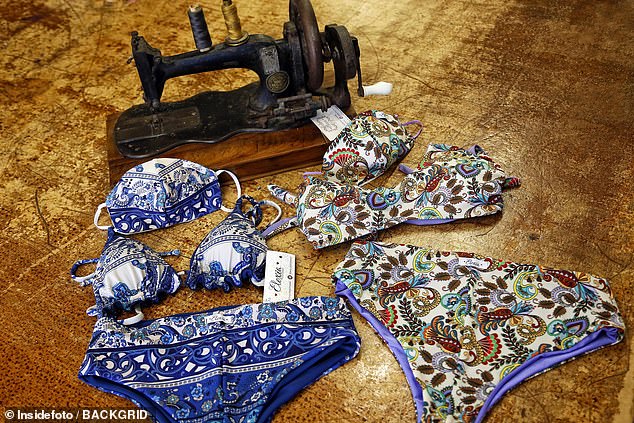 Pictured: Two of the designs posted to Facebook which went viral after Scaramuzzo’s daughters modelled them 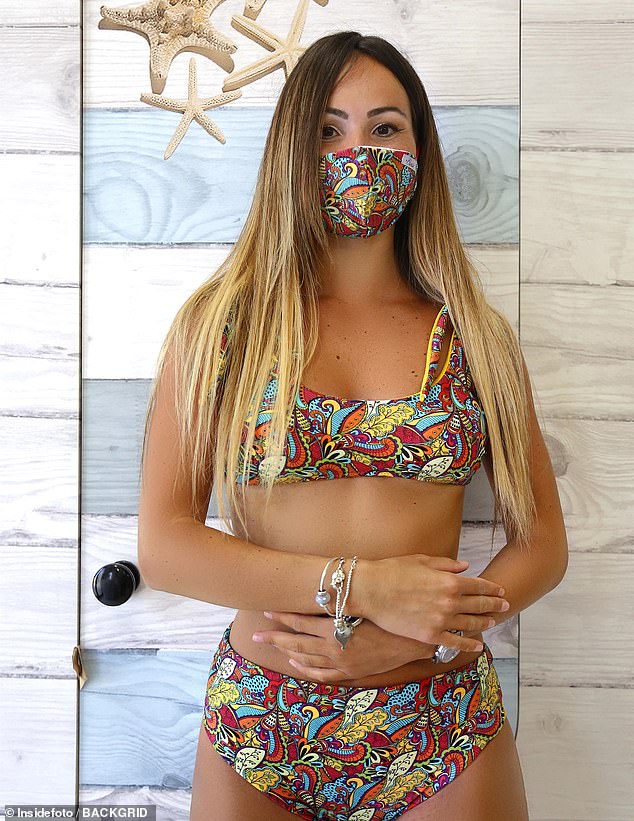 Pictured: Scaramuzzo said she thinks people are buying the products during the lockdown to cheer themselves up 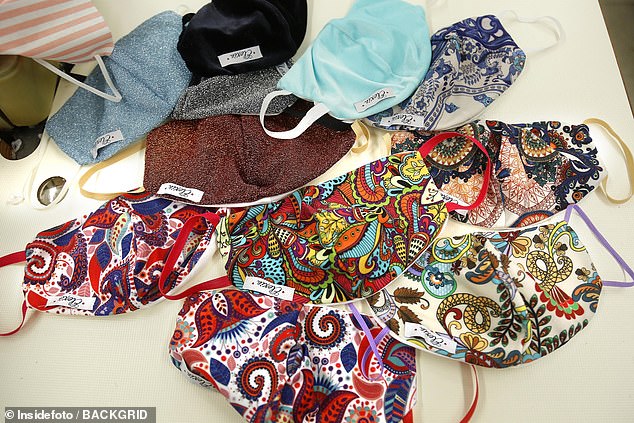 Pictured: A full range of the face masks available from Scaramuzzo’s boutique shop in central Italy

The release of the safety-focussed beachwear comes at a perfect time for the country after Italy began to ease its lockdown rules last week.

Images from the country, which was one of the hardest hit by the pandemic in Europe, from this weekend showed masses of people flocking to parks and beaches after being stuck inside during a harsh two-month lockdown.

Health and government authorities are concerned that partial easing earlier in the week of some lockdown measures, such as reopening of public parks and gardens, could see a rise in cases if people ignore social distancing rules.