President Donald Trump’s chief of staff is said to be ‘overwhelmed’ by his new role in the White House, which has reportedly seen him cry in meetings on at least two occasions since he took up the job at the end of March.

Meadows, 60, the conservative former congressman from North Carolina, is the fourth person to take on the job in the president’s three years in office.

Administration officials told the New York Times that in the less than three weeks he’s been in the job, Meadows has been ‘overhwhelmed at times by a permanent culture at the White House that revolves around the president’s moods’ and ‘his need for a sense of control’. 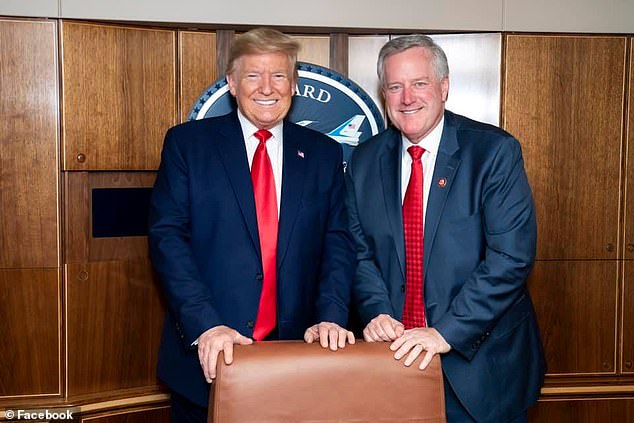 Former congressman, Mark Meadows who became President Trump’s chief of staff has apparently been ‘overwhelmed’ in his new post 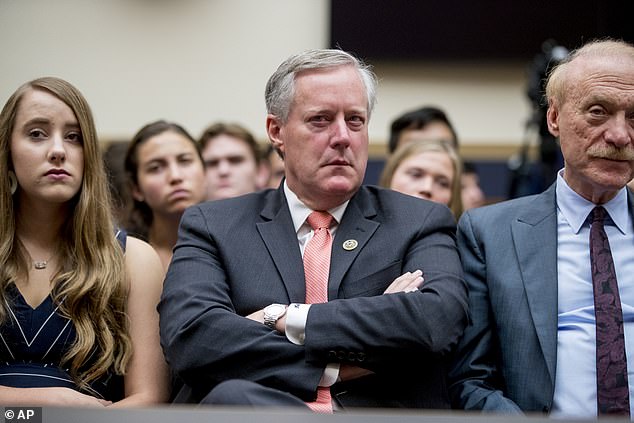 And the tensions may got the better of him at times, according to leaks from inside the White House, as reported by The Times.

On two occasions, Meadows is said to have cried during meetings where staffing changes were discussed. In one of those meetings, Trump’s son-in-law Jared Kushner was present, according to the New York Times.

However, a person close to Kushner told the Times that he denied it took place.

‘He’s a strong willed individual who is known to get prickly when his viewpoint doesn’t prevail,’ a person who worked closely with Meadows told ABC News.

Meadows was said to have been brought in by Trump in yet another staff shake-up but the administration was overwhelmed by the quick spread and chaos of the coronavirus.

Meadows has been attempting to reorganize the White House staff.

The New York Times reports that those around Meadows claim that ‘his nature was not to fire people willy-nilly, but they said that was what he was doing nevertheless.’ 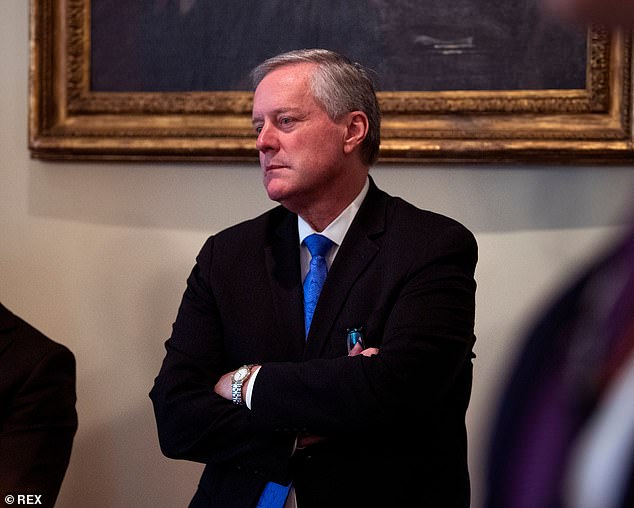 Officials said Meadows has further been overwhelmed by a culture at the White House that appears to revolve around the president’s moods.

The president’s own management style has been described as chaotic.

Meadows is the president’s fourth chief of staff but one source told ABC that he may well be heading for the exit sooner rather than later.

‘Act four could be the shortest one yet,’ said the source.

He was brought in by Mr. Trump as part of a staff shake-up just as the administration was overwhelmed by the fast spread of the coronavirus in the United States and struggling with equipment and testing shortages.

In the middle of the crisis, Mr. Meadows is trying to reorganize the White House staff. People close to him insisted Mr. Meadows’s nature was not to fire people willy-nilly, but they said that was what he was doing nevertheless.

‘The White House is fully focused on supporting the president’s mission of defeating the coronavirus, saving American lives, and getting the country back to work — and Mark Meadows has already proven to be a tremendous asset in that effort,’ said Hogan Gidley, a White House spokesman.

The role of chief of staff is definitely one of the more demanding. 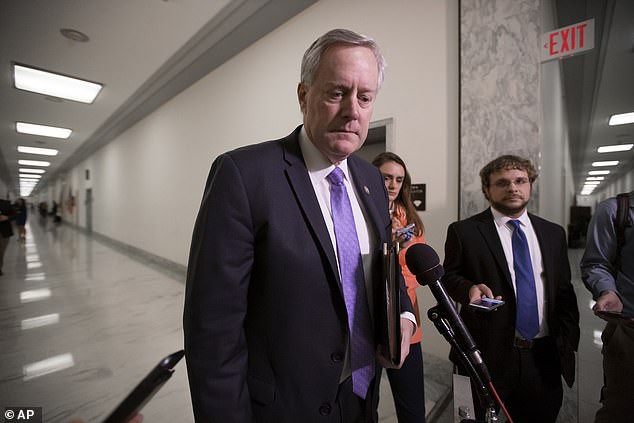 The post is supposed to see its occupier controlling access to the Oval Office and serve as a buffer between the president and his staff.

Reince Priebus (January 20, 2017, until July 31, 20): Former chairman of the Republican National Committee was fired via a tweet from Air Force One.

John Kelly (July 31, 2017, to January 2, 2019): Brought in to restore order to White House, he left when he couldn’t bring discipline to President Trump and has criticized the president since he left the job.

But when, like Trump, the president does not like to be controlled the job becomes even more of a challenge.

The job is made even more difficult as the president’s daughter and son-in-law roam around largely unchecked having been given large amounts of responsibility within the administration.

Before joining the White House, Meadows had a warm friendship with Trump and would often receive called from the president with Meadows acting as a confidant.

The president told friends he needed a chief of staff he could trust and someone with leadership capabilities, sources said at the time after Trump dismissed his acting chief of staff Mick Mulvaney.

But now that the pair are working under the same roof, The Times reports their connection with one another has so far not been strengthened.

‘His bouts of crying will not have enthused the president who sees emotion as a weakness,’ an official said.