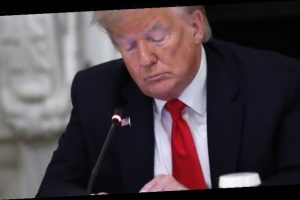 Twitter’s decision to kick US President Donald Trump permanently off its platform “due to the risk of further incitement of violence” following earlier similar moves by Facebook and Instagram has set off a free-speech firestorm.

On the facts, Twitter had a strong case. The violence and desecration at the Capitol on January 6 had not been seen since the British burnt down the White House in 1812. 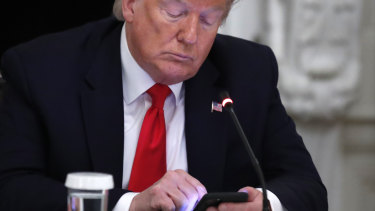 Trump had stirred his supporters into a fury with incendiary remarks beforehand, urging them to “stop the steal” under way as Congress was ceremonially counting President-elect Joe Biden’s win.

Trump urged his supporters to “fight much harder”, warning them that “you’ll never take back our country with weakness … you have to show strength”, and telling them “if you don’t fight like hell, you’re not going to have a country anymore”.

Trump took to Twitter the following day to assure his supporters that they would never be “disrespected”, and inform them he would not be attending Biden’s inauguration on January 20.

Twitter acted, concerned that Trump’s supporters would see his tweets as a green light for further violent protest.

Even if you believe Twitter acted appropriately in this instance, anyone with a commitment to free speech should find the whole episode chilling: a private technology company, answerable to no one other than shareholders, acting on policies and principles that are self-formulated and ill-defined, and with no safeguards or due process that accompany a judicial process, takes a decision to “de-platform” the President of the world’s most powerful country from the most important political medium of the day.

When Socrates, the free-speech gadfly of the Athenian elite, was “de-platformed”, it was done by a citizen jury, and Socrates spoke in his defence.

Trump has been stripped of his political voice, silenced, without reference to any law, and without the involvement of any court. Should this happen in a liberal democracy?

Free speech has its limitations in a free society. But when such limitations are imposed, it is normally done by a publicly accountable body, usually a parliament, passing legislation in a transparent and contestable manner.

And when such limitations are enforced, it is done so transparently by a judicial body, on the basis of laws and principles which are well-understood, and in which the accused party can mount arguments in defence.

There are those on the political left who applaud Twitter’s action because their dislike of Trump overrides their commitment to free speech.

But they should imagine if the tables are turned. What if the next time it is their champion, seeking to mobilise their supporters to declare a climate emergency or demand racial justice, who is silenced?

What if Twitter is bought out by a climate sceptic who decides to de-platform anyone promoting climate action?

There are those on the political right who think Twitter is just a private company, free to deny service to users who violate its terms, and that politicians can find other platforms to air their views.

This fundamentally misunderstands the ubiquitous, dominant and indispensable nature of digital platforms today, especially in the world of political communication.

They are more akin to monopolistic utilities, where denial of service constitutes the denial of a right, and where free-market advocates would usually concede government regulation is needed.

Just imagine Twitter and Facebook had taken the decision to de-platform Donald Trump before the presidential election, rather than afterward. Can anyone seriously contest that this would not have had a profound political influence on the election?

The Twitter decision opens a veritable Pandora’s box which will be very hard to close.

Why is Trump silenced but not Iran’s supreme leader Ali Khamenei when he calls for the extermination of Israel? Or the Chinese Communist Party when it claims its policies of ethnic cleansing in Xinjiang instead constitutes a gender equality program?

Stung by earlier criticism, social media self-regulation has skyrocketed. Facebook’s removal of hate speech has risen tenfold in two years. Twitter removed 2.9 million tweets in the second half of 2018. YouTube removed 11.4 million videos in just the last quarter of 2018. The platforms are slowly acknowledging some responsibility as publishers.

But it is unfair of us as societies to expect digital platforms to self-censor and get it right. Nor should they be the arbiters of truth, a role they were increasingly forced to play in the context of the US presidential election.

They lack the expertise to perform these roles properly. But more seriously, they lack the legitimacy to do so. Only representative governments and lawmakers can fulfil this role.

The digital platforms are filling a void left by public policy. But the limitations that should be placed on free speech must be taken by society collectively, not left to the tech titans.