Thirty-eight people were hurt, with two suffering life-threatening injuries, after a fire broke out inside a 37-story building in Manhattan on Saturday.

The FDNY reported that a three-alarm fire erupted from the battery of a micro-mobility device – an e-scooter or an e-bike – at around 10:30am on the 20th floor of an apartment building at 429 East 52nd Street.

Officials said at least two dozen residents rushed to the roof while others hung out of their windows to try and escape the fire.

Harrowing video on social media shows the moment firefighters quickly worked to perform a rope rescue of two people clinging from the building.

A team of firefighters are seen pulling a woman out of a smoking window on the 20th floor as they secure her to their rope.

One of the firefighters could be seen heroically giving up his own mask to the woman so she could breathe while surrounded by plumes of smoke.

They then lower her slowly to the window below, where another group of firefighters grab her and bring her to safety, all within the span of a single minute.

‘That is a last resort from the FDNY,’ Deputy Assistant Chief Frank Leeb said of the rescue.

At least two people were reported to have sustained life-threatening injuries, with five others listed with severe injuries. 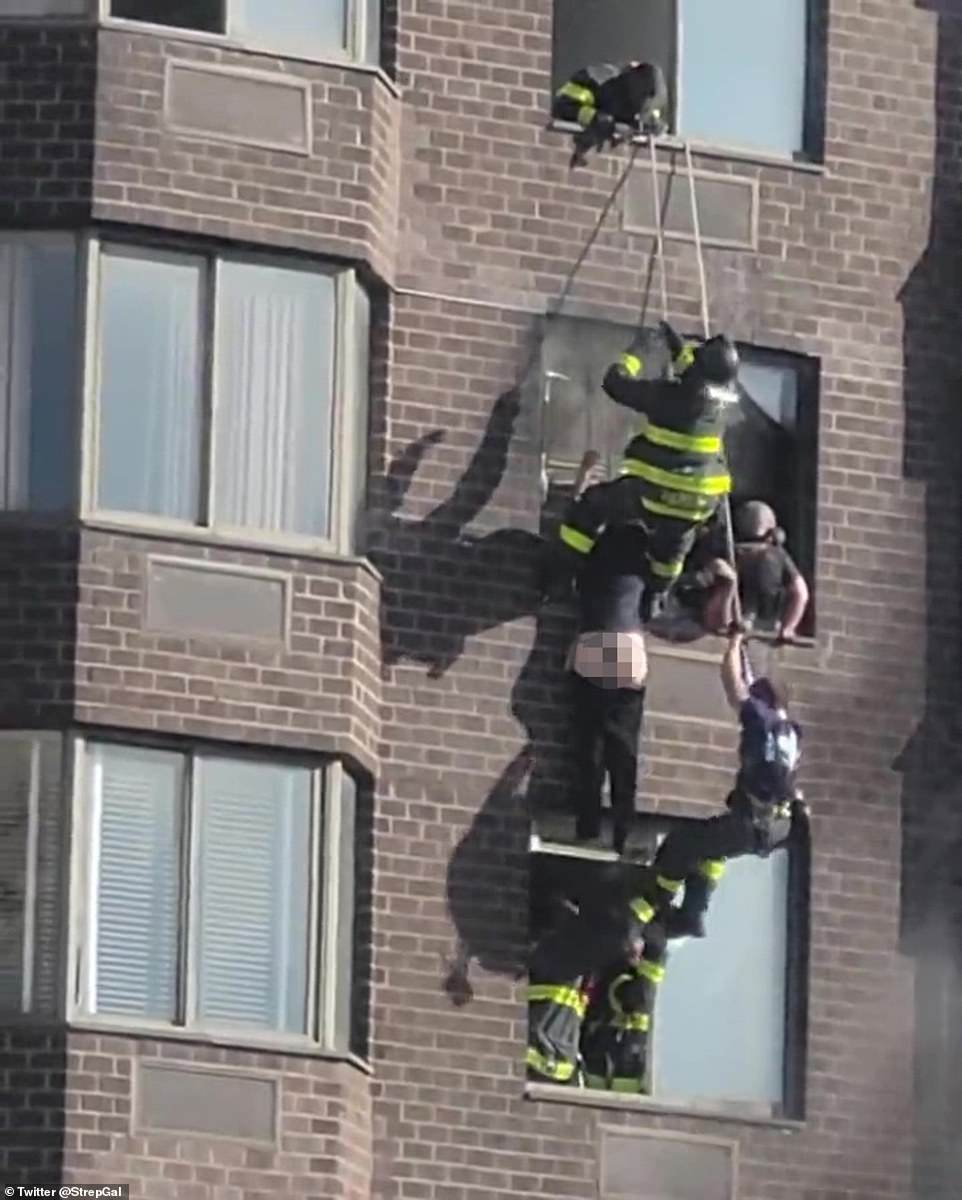 About 38 people were hurt, with two suffering life threatening injuries, after a fire broke out on the 20th floor of a Manhattan apartment block

Firefighters were on the scene within three minutes and pulled off two, daring rope rescues of residents hanging outside their windows (above) 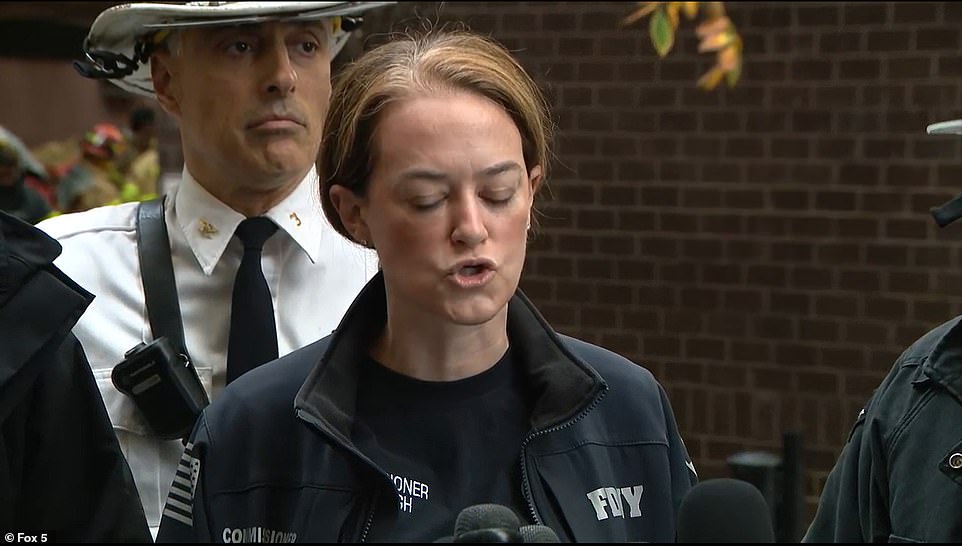 Fire Commissioner Laura Kavanagh (above) commended first responders’ quick action to rescue the building’s residents. She said the fire was caused by a lithium-ion battery that was powering a micro-mobility device, which typically refers to an electric scooter or e-bike

Fire-fighters were on the scene within three minutes and were met with heavy smoke conditions inside the apartment building.

At least two people suffered from smoke inhalation due to the fire.

‘I cannot emphasize enough the extraordinary work of our members this morning in unbelievably dangerous conditions,’ Kavanagh told reporters.

Leeb echoed the praise from the quick-acting first responders to save more than three dozen people.

‘What we saw today was our training, our teamwork and our absolute dedication from the units that operated up there with the life-saving rope rescue, to passing them off ot our exceptionally trained EMS personnel to get these patients all off-scene in a matter of minutes,’ Leeb said.

Additional praise came to the brave firefighters on social media, with Twitter user Andrew Fine writing: ‘OMG. This may be the scariest rescue I have ever seen. @FDNY you guys are the bravest, ballsiest, most amazing. Wow! Holy heck! Thank you for everything.’ 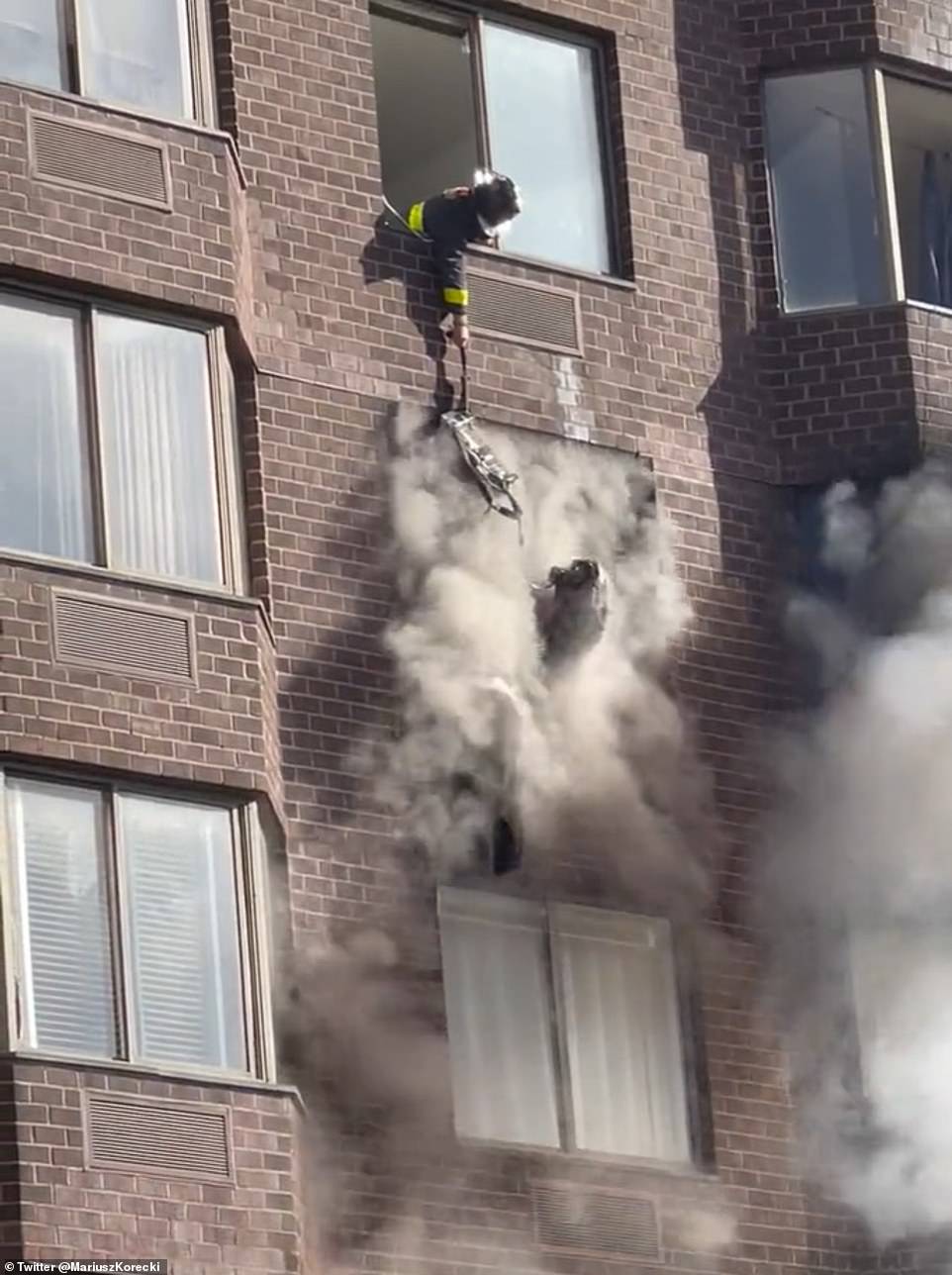 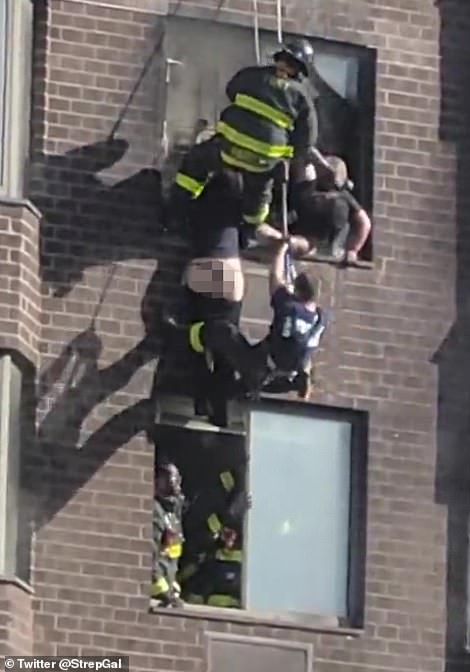 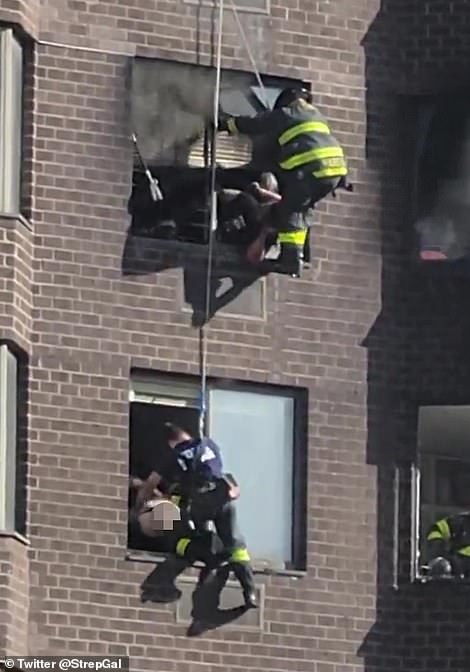 Pictured: a team of FDNY firefighters secured the woman quickly and worked to lower her down to safety 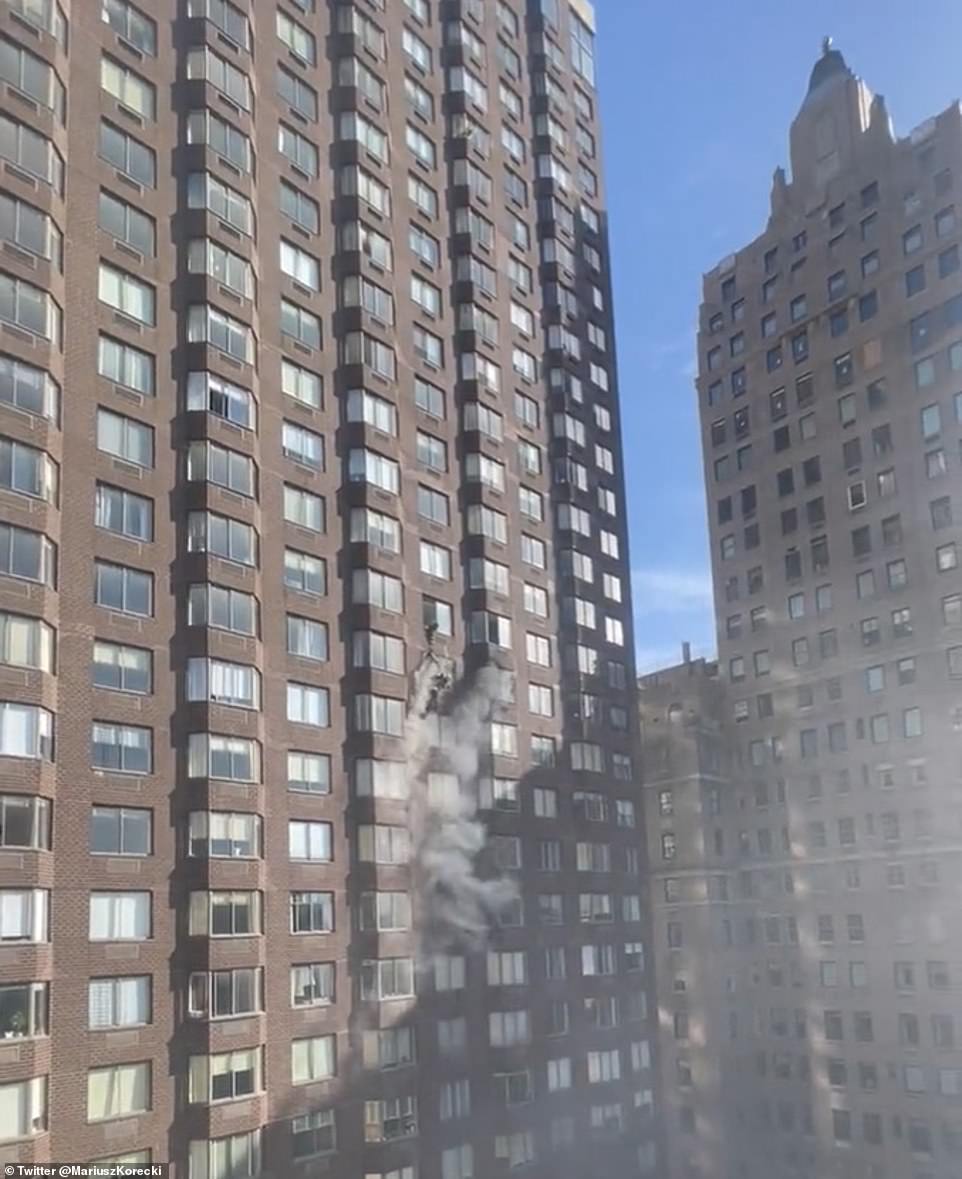 Last month, FDNY officials said an 8-year-old girl was killed in an apartment building in Queens from such a fire.

Authorities had recovered five e-bikes from the building and said a person was repairing the bikes when the fire broke out.

Chief Fire Marshall Dan Flynn told reporters there have been 200 lithium-ion battery fires in New York City this year, and six people have died as a result.