Chancellor Angela Merkel has performed a massive U-turn as Germany ditches its bid to ban British arrivals from entering the European Union as Berlin announces that double-vaccinated UK travellers can now enter the central European country without needing to quarantine.

Germany’s national disease control centre, the Robert Koch Institute, said late yesterday that Britain, Portugal, Russia, India and Nepal will be moved from the highest risk category of ‘virus variant areas’ into the second-highest category of ‘high-incidence areas’ from tomorrow.

The UK had been in the top risk category since May 23, and was joined last Tuesday by Russia and Portugal, one of Germany’s partners in the European Union. 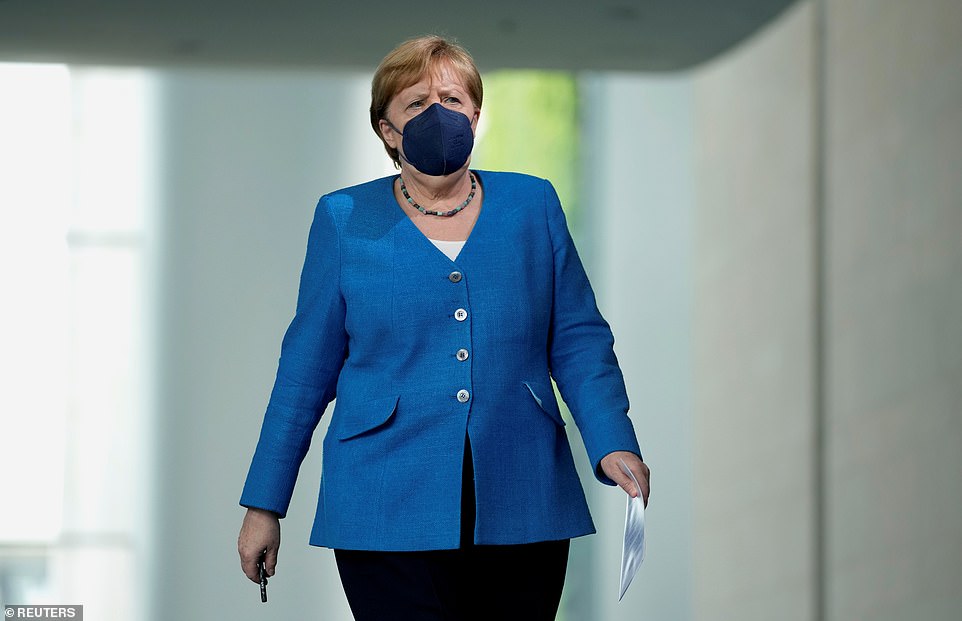 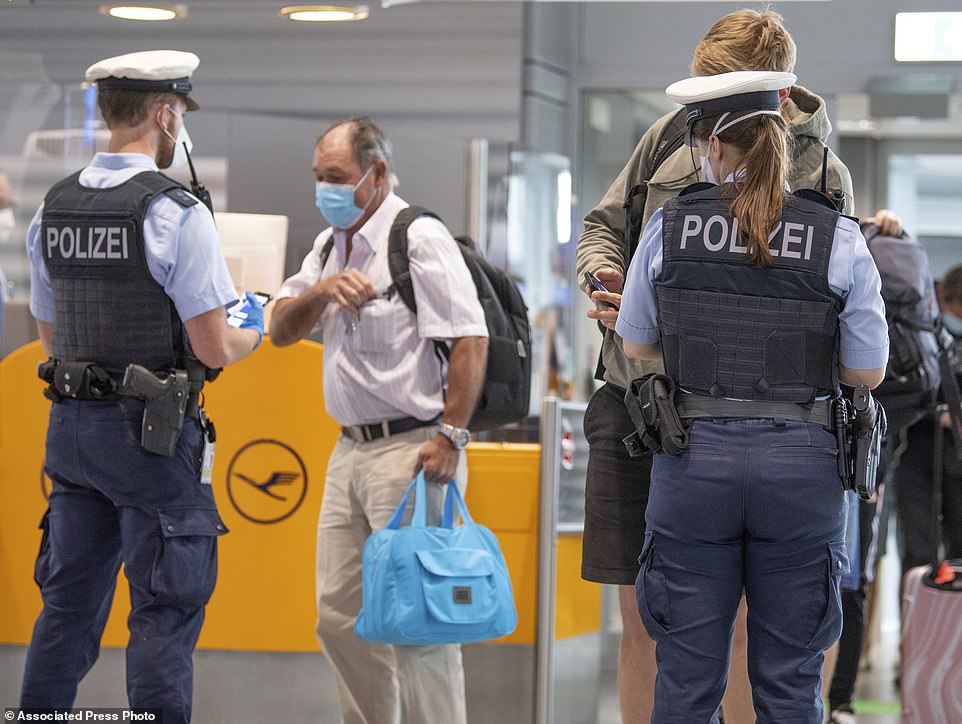 Airlines and others are restricted largely to transporting German citizens and residents from ‘virus variant areas’, and those who arrive must spend 14 days in quarantine at home.

People arriving from ‘high incidence areas’ can avoid quarantine if they can prove they are fully vaccinated or have recovered from Covid-19. Others can cut short a mandatory 10-day quarantine by testing negative after five days. Transport is no longer restricted.

Officials have said the listings would be reviewed as the proportion of infections caused by the Delta variant in Germany rises. Although overall case numbers are very low, more than half of new cases are now believed to be caused by Delta.

Ms Merkel indicated during a visit to Britain on Friday that the restrictions on travel from the UK would soon be relaxed. 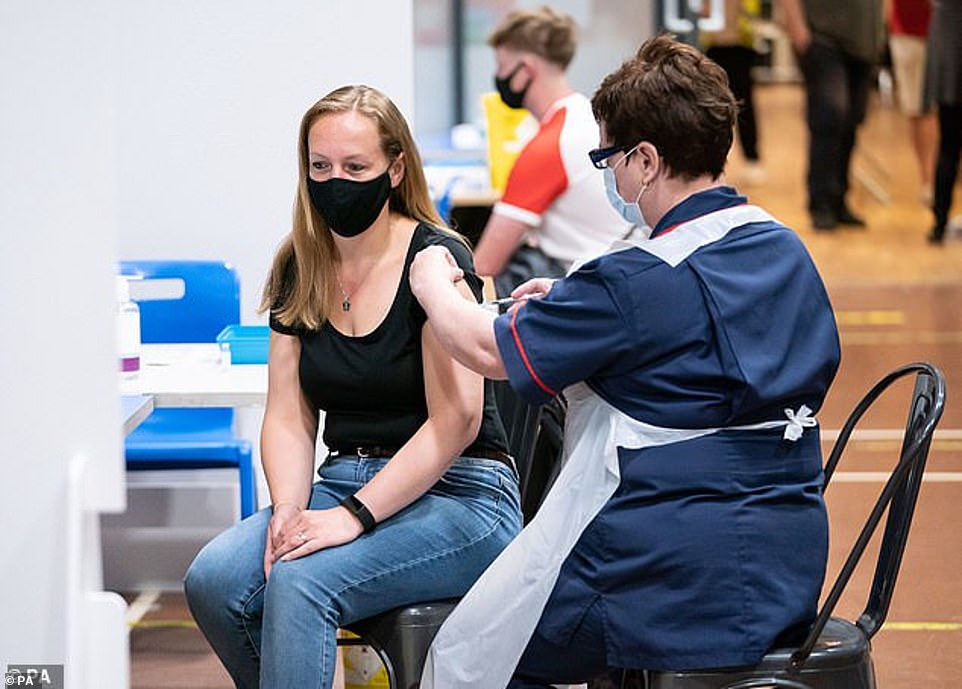 Airlines and others are restricted largely to transporting German citizens and residents from ‘virus variant areas’, and those who arrive must spend 14 days in quarantine at home (stock image) 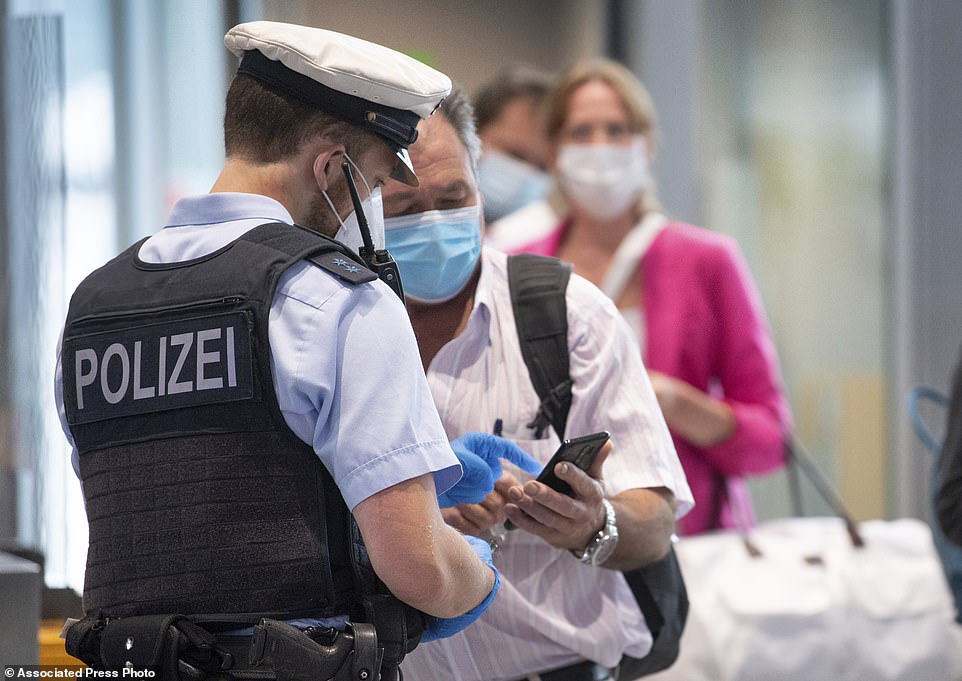 As of Tuesday, Portugal is being considered a virus variant area, and people arriving in Germany must go into quarantine

Germany had previously called on EU member states to ban British tourists from entering the bloc regardless of whether they had been vaccinated or not, with Ms Merkel saying the UK should be classified as a ‘country of concern’ due to the spread of the so-called Delta variant.

Ms Merkel had called for Brussels to establish a unified approach regarding the travel restrictions, announcing: ‘I will lobby for a more coordinated approach, particularly with regard to entries from regions where virus variants abound.’

However, the plan was reportedly not be supported by several southern European countries, such as Greece, Portugal, and Spain, which strongly depend on British travellers who contribute to the local economies.