UK coronavirus cases rise by almost 5,000 and another 37 people die in deadliest day in more than two months

UK coronavirus cases have risen by 4,926 in the past 24 hours – as the Prime Minister brings in new nation-wide restrictions.

Another 37 people have died from the virus as cases rise to the highest level since May 7, which saw 5,614 new infections. 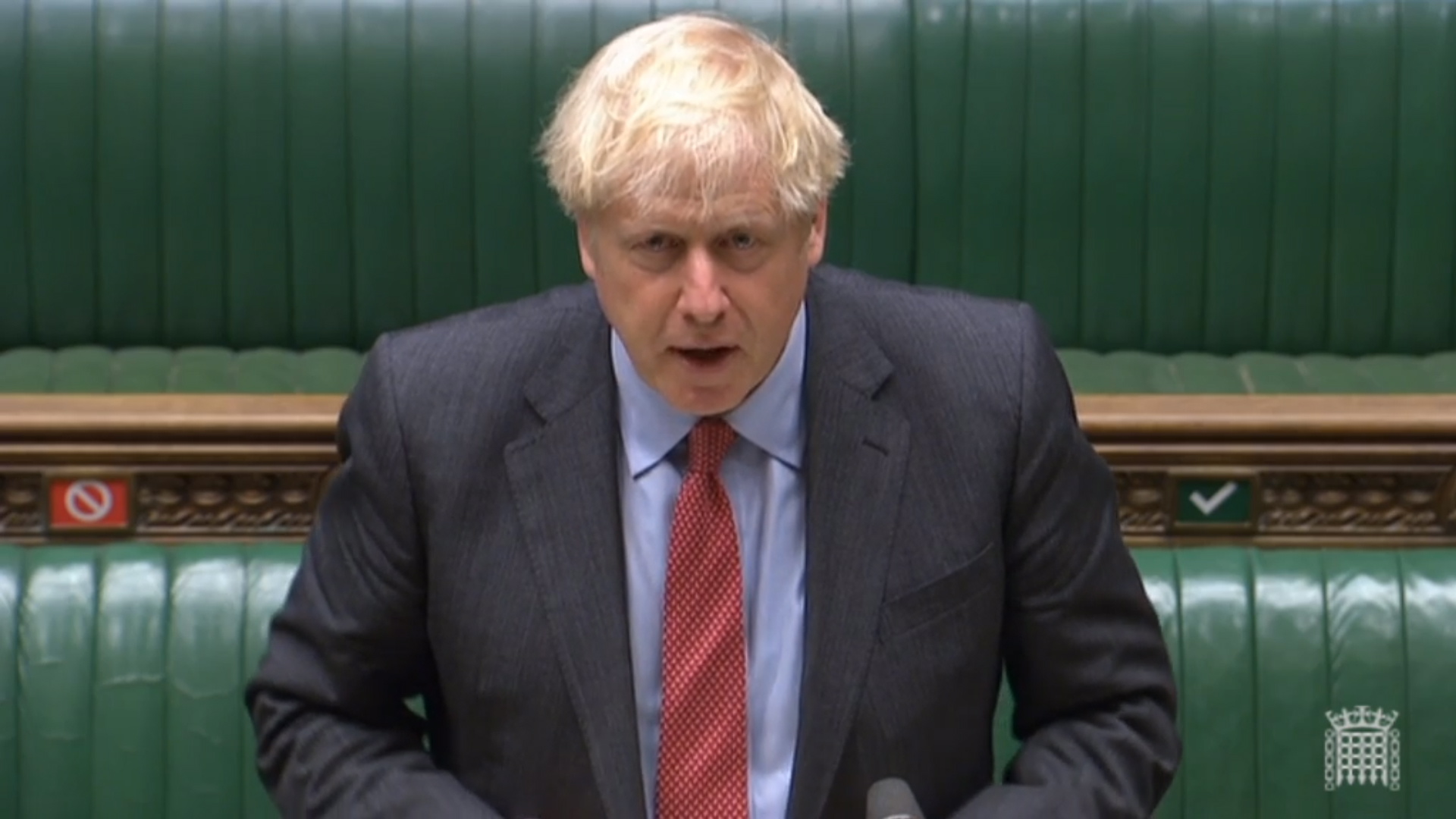 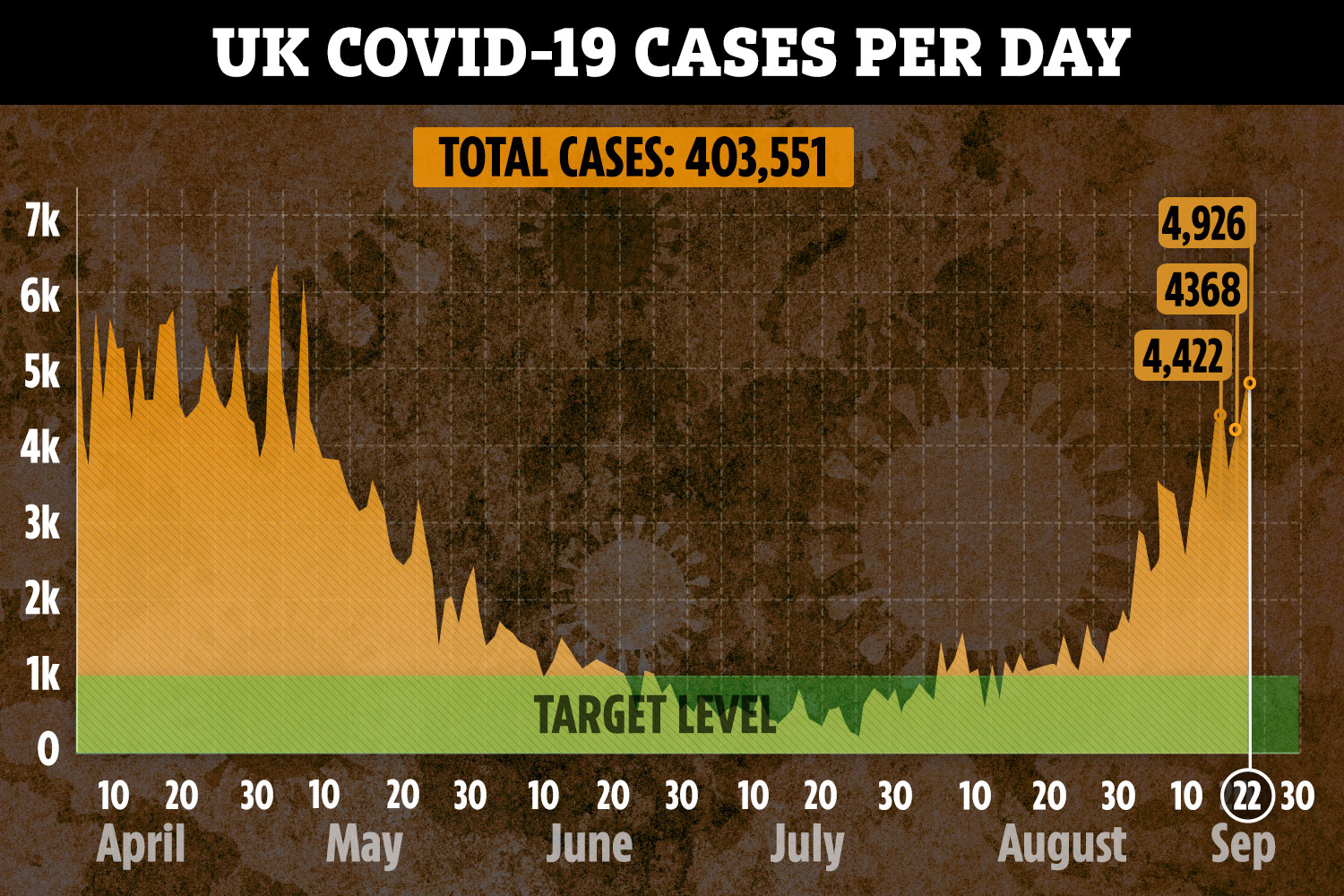 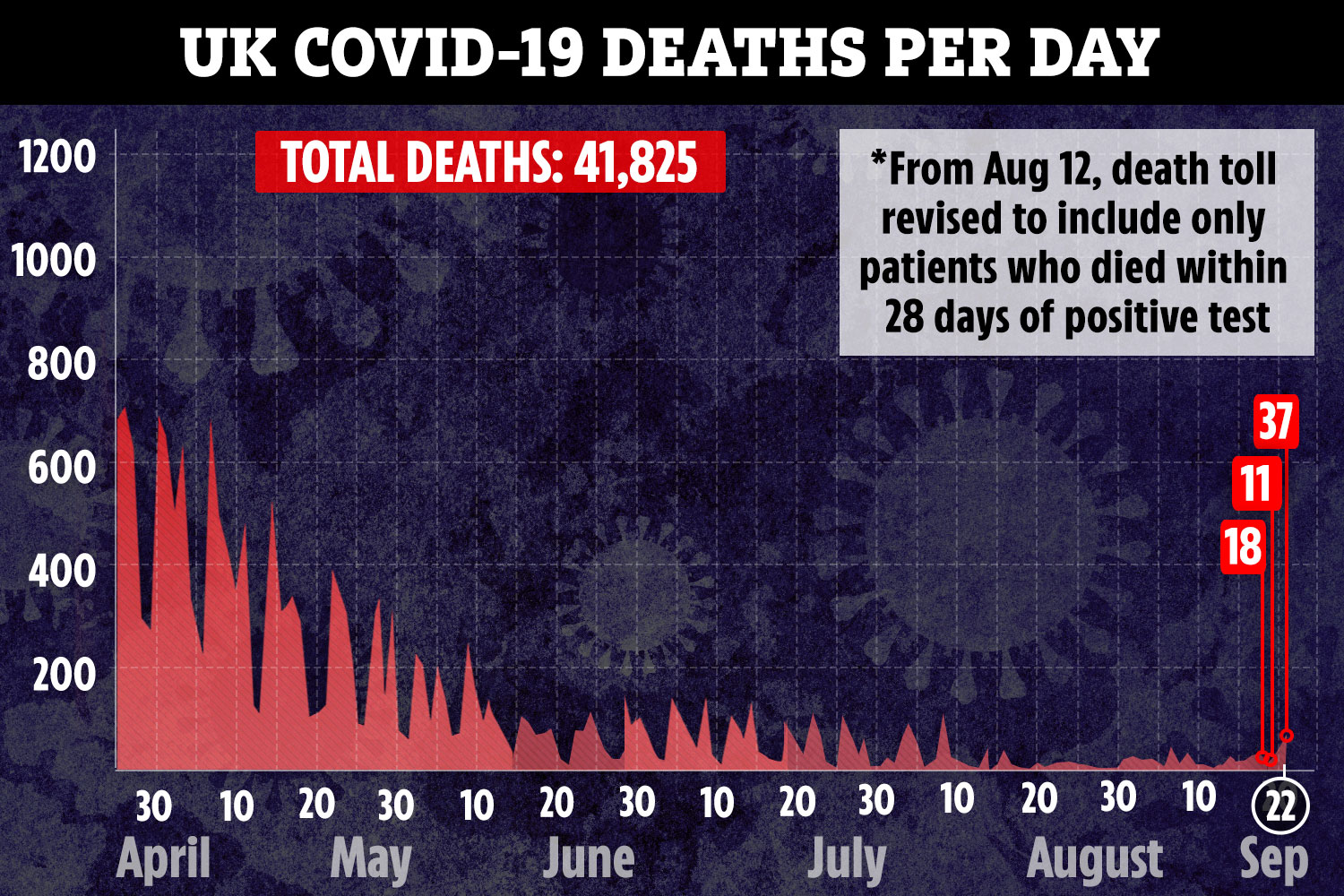 It is the highest number of deaths since July 14, when 44 were logged.

Confirmed coronavirus cases in Scotland have risen by 383 in the past 24 hours.

One new death of a confirmed patient has been recorded and the death toll is now at 2,506.

There are 281 more cases of in Wales, bringing the total number of confirmed cases in the country to 21,159.

No deaths have been reported, Public Health Wales said, with the grim tally remaining at 1,603.

Yesterday’s new cases were the largest Monday increase since April 20 when 4,676 were recorded.

The new figures come as:

Boris Johnson warned today that Christmas was cancelled when told MPs extra coronavirus rules could be in place for six months.

In a live address in the House of Commons, the PM said hospital admissions have more than doubled in the last fortnight.

He added that Britain has reached a "perilous turning point" like in France and Spain that forced him to act.

Mr Johnson gave warnings that "significantly greater restrictions" could be slapped on the country "if all our actions fail to bring the R below 1" in the coming weeks.

We should assume that the restrictions I have announced will remain in place for perhaps six months.

He stopped short of announcing a two-week circuit break of shutdowns to put a brake on the spread.

Boris added: "We should assume that the restrictions I have announced will remain in place for perhaps six months.

"For the time being, this virus is a fact of our lives and I must tell the House and the country that our fight against it will continue."

If the rules are in place for another six months, they would effectively cancel the nation's Christmas celebrations.

It came after Prof Chris Whitty and Sir Patrick Vallance told Brits that the UK is at a “critical point” and "this could move very fast".

Sir Patrick warned: “In every age group we have seen an increase… It is now estimated that roughly 70,000 people in the UK have Covid infection and that about 6,000 people per day are getting the infection.

“If that continues unabated and this grows doubling every seven days then what you see… is by mid October we would end up with something like 50,000 cases per day."

Two hundred people a day could be dying by the middle of November if the trend continues, he said.

Professor Whitty added that everyone has a part to play in stopping the disease, saying: "This is not someone else's problem, this is all of our problems.

“We must see this as a six month problem – we have to take this collectively very seriously.”