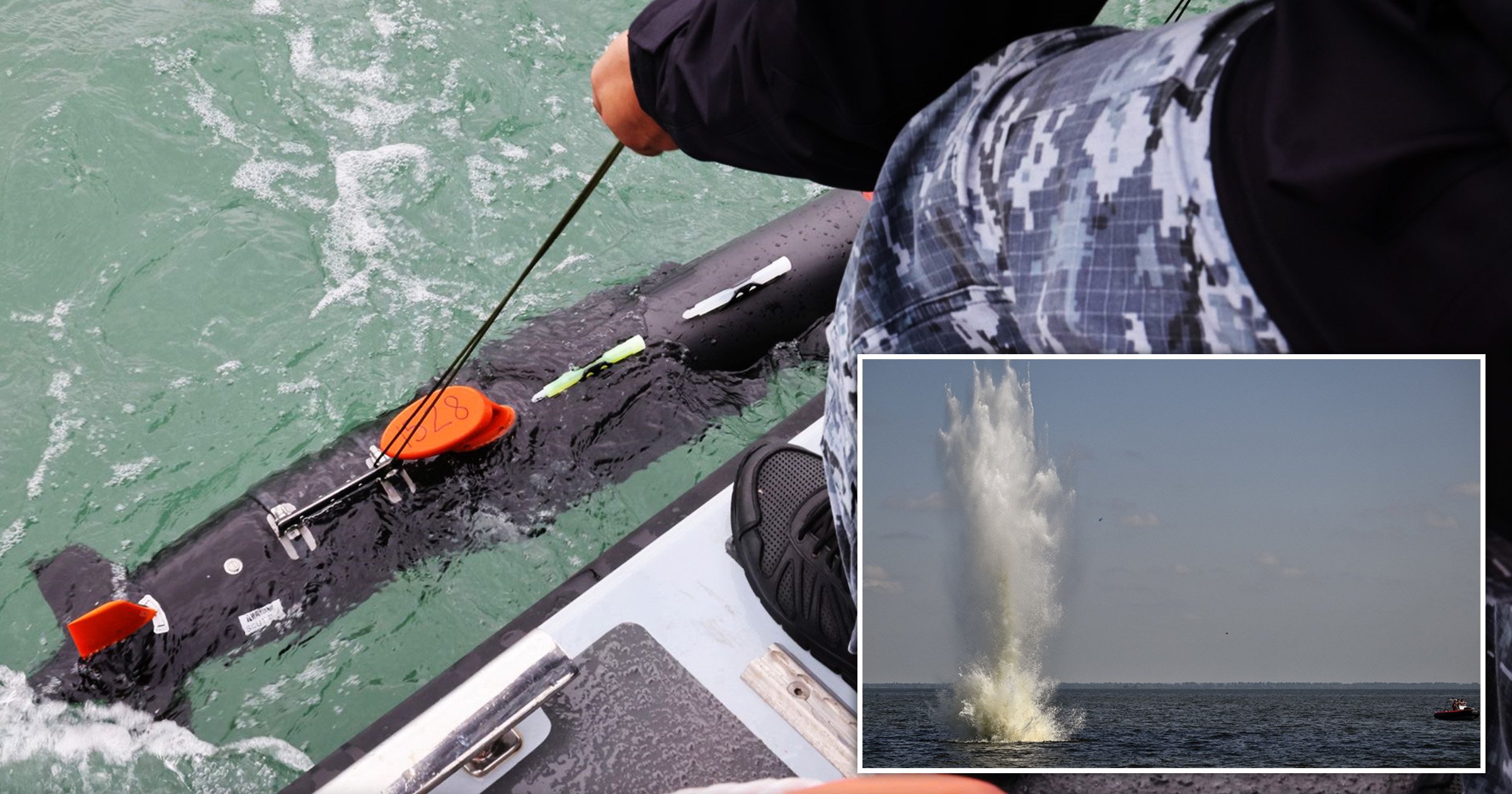 The UK is sending underwater drones to Ukraine in a bid to clear the coastline of Russian mines.

Ukrainian personnel will be taught by members of the Royal Navy about how to use the autonomous minehunting vehicles over the coming months.

Six of them will be sent to Ukraine, three of which will be provided from UK stocks, and a further three will be bought on the open market.

They operate at depths of up to 100 metres and are designed to detect, locate and identify explosives using an array of sensors enabling the Ukrainian Navy to destroy them.

The first set of Ukrainian Navy personnel are already in the process of receiving their training to use the weaponry.

Since the start of the war, Russia has been weaponising food by destroying Ukrainian agriculture and blockading the country’s Black Sea ports to prevent exports.

This has resulted in the increase in food prices not only in Ukraine but across Europe and abroad.

The UN brokered a deal in July to allow food exports and a small number of ships carrying grain to leave Ukraine.

But efforts to get food out of the country remain hampered because of Russian sea mines.

Navy chief Admiral Sir Ben Key said: ‘Through the expert skills being taught here, our Ukrainian allies will be able to clear their own waters of mines.

‘These weapons target shipping indiscriminately, but particularly affect civilian traffic and trade and have had a devastating impact on freedom of navigation in the Black Sea.

‘This training is another powerful demonstration of the UK’s ongoing commitment to Ukraine in their fight to defend their country and repel Russian aggression.’

From as early as January 2022, British soldiers were training Ukrainians about how to operate anti-tank weaponry in preparation for the then potential invasion of Russia.

Since the start of the war, soldiers have been utilising Western gear, including British off-road vehicles and anti-tank missiles, in a push to liberate key areas in the south-east.

In April, the UK sent armoured missile launchers to Ukraine to battle against Putin’s growing army.

These weigh 13-tonnes and are high-velocity missiles manufactured in the UK that destroys targets using three laser-guided darts.