Ukrainian mother, 27, is stuck ‘in limbo’ with her ten-month-old son as they await permission to enter UK… pending a security check on HIM

Red tape has forced a ten-month-old Ukrainian refugee to wait to get into Britain with his mother – so that he can be security checked.

Misha Pryimak and his mother Tatyana, 27, are stuck in ‘limbo’ in Warsaw having made a treacherous 500-mile journey from their home in a suburb of the Ukrainian capital Kyiv.

Under Home Office regulations, even children under five must undergo ‘biometric tests’, including having a digital photo taken of their face. Unlike older children and adults, they do not have to have fingerprints taken.

Misha’s appointment took place last Thursday, but Mrs Pryimak has been told it could take up to three weeks for the baby boy’s permission to travel to be granted.

Mrs Pryimak has already received her visa after a 17-day wait, but they cannot travel until Misha’s application has been approved. 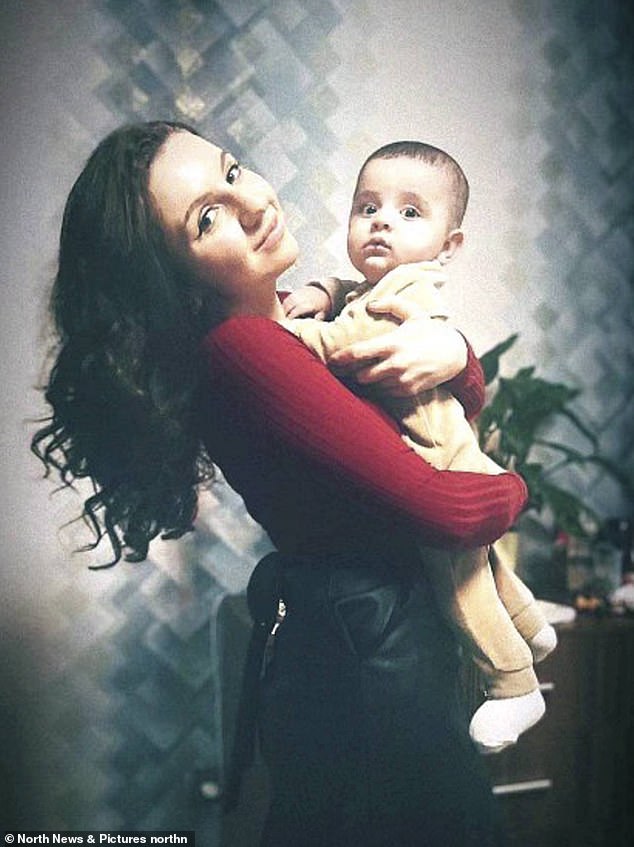 Ten-month-old baby refugee Misha Pryimak, who is fleeing his home in war torn Kyiv with mother Tatyana, 27, may have to wait three weeks to join Julie Lowe, 52, and husband David, 56, at their home in Rothbury, Northumberland 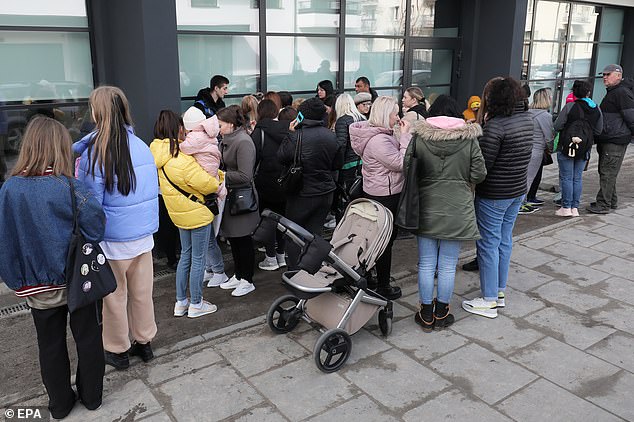 More than 2.5million refugees have crossed into Poland from Ukraine since the Russian invasion (pictured: refugees in Warsaw)

She said: ‘I don’t understand why Misha can’t travel on my visa. He’s just a little baby. Of what danger can he possibly be to the UK?

‘I am feeling sad, alone, frustrated and overwhelmed.’

The pair are being offered a home by sponsors Julie Lowe, 52, an occupational therapist, and husband David, 56, a nurse, at their home in Rothbury, Northumberland. Mrs Lowe said yesterday: ‘The message from the Home Office is that biometrics are needed to protect the security of the UK. But this is a baby.’

Mrs Pryimak, a part-time law student who also ran a leather goods business with her husband Leonid, 40, first applied for a visa on March 20.

Having left her husband behind to fight, she is now being supported financially in Poland by the Newcastle charity Make A Difference. She said: ‘I am so grateful for all the help I have been given by my host family and the charity. I am also thankful to the people of the UK for opening their homes up to refugees like me.’

The Pryimaks lived just 12 miles from the battle-scarred town of Irpin, which has been devastated by Russian shelling. The family often had to shelter in a basement.

A Government spokesman said: ‘In response to Putin’s barbaric invasion we have launched one of the fastest and biggest visa schemes in UK history.’

US readers can donate to the appeal via a bank transfer to Associated Newspapers or by sending checks to dailymail.com HQ at 51 Astor Place (9th floor), New York, NY 10003