Teenagers under age 18 will be banned from using air guns without adult supervision, according to new plans.

A review of laws was launched after Ben Wragge, 13, was killed when his friend accidentally discharged an air rifle as they were playing in a garden in Thurston, near Bury St Edmunds in Suffolk, in 2016.

Now policing minister Kit Malthouse has revealed plans that closes a loophole which allows those aged between 14 and 18 to use the weapons without supervision on private premises.

Mr Malthouse also outlined a proposal for a new offence that would outlaw failing to lock up air weapons and ammunition separately when not in use in a house with under-18s.

He said: ‘Our gun laws are among the toughest in the world – we are determined to ensure they stay this way to keep the public safe.

‘These measures will tighten controls on air weapons and minimise the risk of tragic accidents, which have devastated families in the past.

‘They will also close loopholes in our laws to prevent dangerous weapons falling into the wrong hands and ensure that law-abiding shooters can use their firearms safely.’

A consultation will now see the Home Office work with retailers and industry figures to improve air weapon safety and advice at the point of purchase. 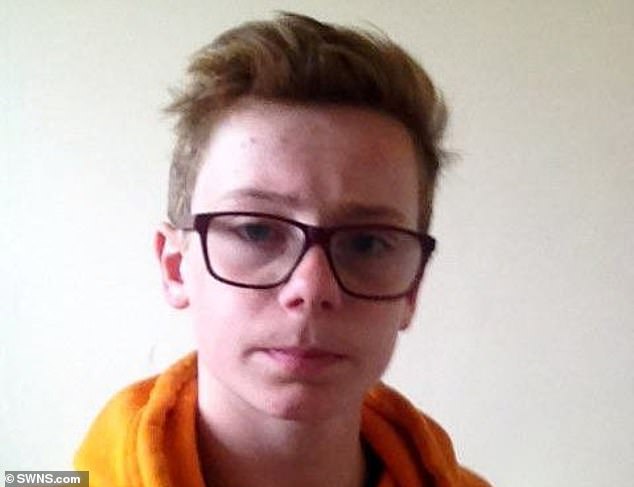 Ben’s mother performed CPR on him, but he died in hospital shortly afterwards on May 1, 2016. A conclusion of accidental death was recorded in Ben’s case 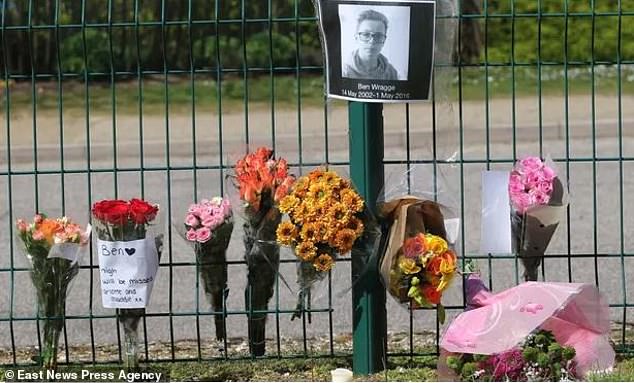 Pictured: Tributes left for Ben Wragge who was killed when his friend accidentally discharged an air rifle as they were playing in a garden in Thurston

A firearms safety consultation paper, published today, says that there are ‘no official statistics on fatal incidents involving air weapons’ other than those relating to air weapon offences recorded by the police.

But it continues: ‘From open source research, we think that there have been at least 25 deaths caused by air weapon shootings in Great Britain since 2005.

‘These include accidental deaths, deliberate selfharm and homicides.

The paper says that since 2012, the RSPCA has received over one thousand complaints per year about animals being unlawfully shot with air weapons, of which around 400 per year relate to domestic cats.

The perpetrators are thought to be ‘disproportionately young people, with complaints peaking during school holidays’. 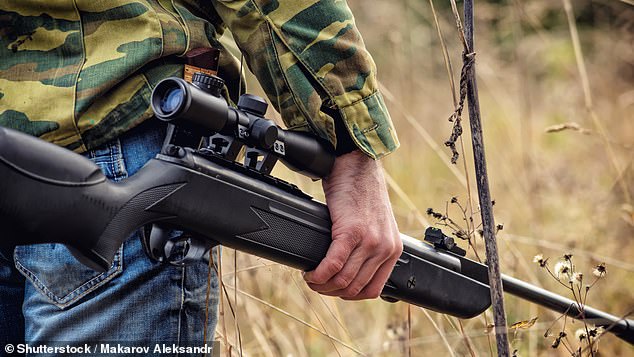 The consultation will look for views on how best to increase security around high muzzle energy rifles and how to stop the unlawful manufacture of full rounds.

Tough new rules for owners of miniature rifle ranges will also be introduced, prohibiting them from buying weapons smaller than .23-inch calibre without informing the police or having a firearms certificate.

Air guns, air rifles and air pistols are defined as those that expel projectiles with compressed gas, usually air, rather than with an explosion.

They are exempt from firearms licensing requirements unless they are classified as ‘specially dangerous’ or are prohibited under section 5 of the Firearms Act 1968.

The definition of ‘specially dangerous’ covers air rifles capable of muzzle energy exceeding 12 foot pounds and it is therefore an offence to possess one without a firearm certificate issued by the police.

It comes after moves to tighten restrictions on antique firearms which saw seven ammunition types removed from the list of antique weapons, meaning as many as 26,000 guns have become illegal without a license.

banned, Be, Under-18s, Will
World News