Universal said it recently bought 97 acres of land in Frisco — which is located in the Dallas-Fort Worth metro area — in the hopes of building a more “intimate” theme park that will be “sized for a regional audience.” It will also included a themed hotel.

The park will have a “lush green landscape” and feature “immersive themed lands,” Universal said in a news release, adding that it will include “family friendly attractions, interactive and playful shows, character meet and greets, unique merchandise and fun food and beverage venues.” 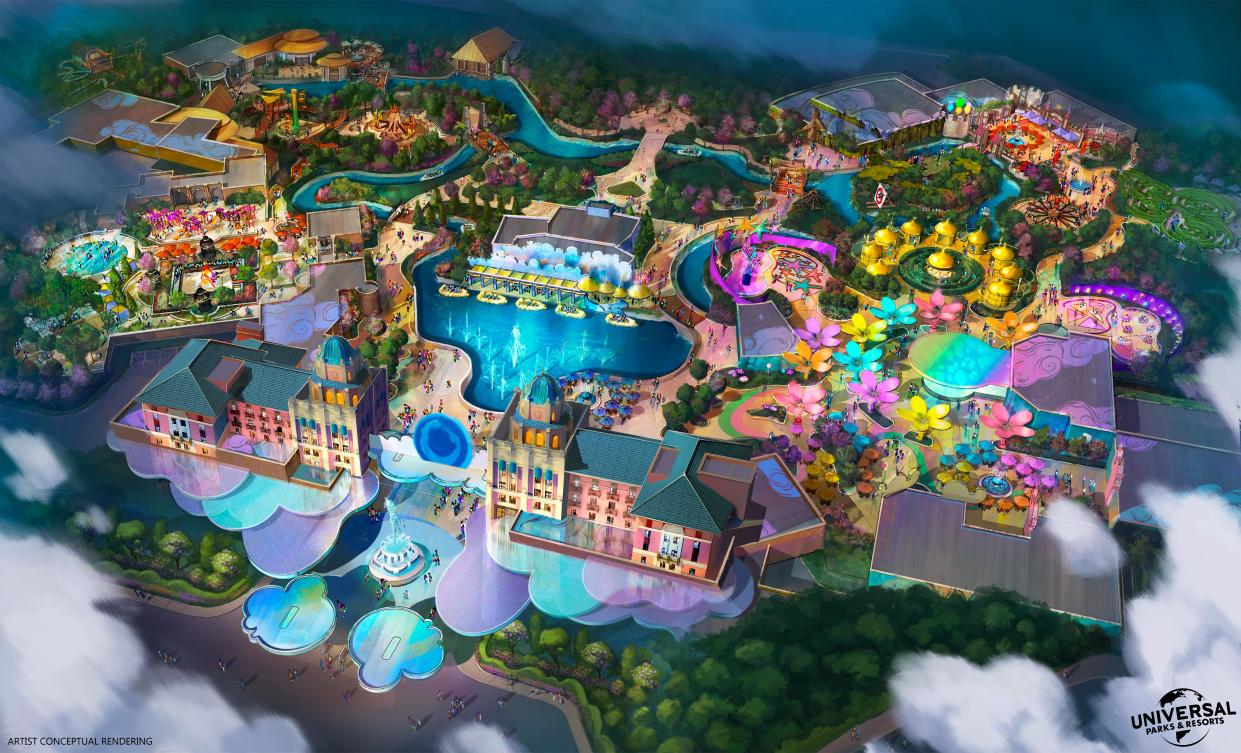 Universal said the park has a “completely different look, feel, and scale” to its existing theme parks. It did not provide details on an estimated opening date.

As for the location — Universal said it chose Frisco because of the “city’s growing population and ability to attract businesses to the area.”

Currently, Universal — which is part of NBCUniversal, and is owned by Comcast — has two U.S. parks located in Los Angeles and Orlando. It also has theme parks in Japan, Singapore and Beijing.

Tornadoes cause major damage in Southeast