Teaching staff at Victoria University have gone weeks and in some cases months without getting paid this year after the Footscray-based institution switched to a new, glitch-riddled payments system. 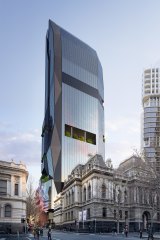 Staff at Victoria University have gone unpaid for weeks due to glitches with a new payments system.Credit:Nick Lenaghan

The new IT system has caused havoc since it was introduced late last year, forcing lecturers and tutors to plead repeatedly with university staff to be paid.

“This is now the end of week three and I still have not been paid,” one email states.

“I have had to chase this issue at every stage. I am now at the point where it feels that unless I follow up daily, this will sit for another week.”

Separate correspondence suggests there are several staff members who are yet to be paid for work they did in 2021.

Missed payments and underpayments have become a running sore for the tertiary education sector.

Victoria University is the latest institution to hit trouble. In February, Swinburne University threatened to call in debt collectors on sessional staff who were overpaid in error late last year. Last year, payments to casual staff at RMIT were delayed after the university was hacked.

The Victoria University branch of the National Tertiary Education Union has issued an alert urging all staff to check their pay details, following a string of internal complaints. It noted that many casual staff have been affected.

“[The payments system] continues to cause problems, particularly regarding paying staff salary on time,” the union bulletin states. “Some staff have waited months to be paid, which has caused severe financial distress.”

The union’s Victoria University branch president, Bill Swannie, said new cases of staff being unpaid were emerging even as outstanding cases were settled.

“Some it has been a delay of a week or two weeks, but a small number of staff haven’t been paid for 12 weeks and have been in serious financial distress,” Swannie said.

He called on university management to communicate better with staff about when the problem would be fixed.

Doris Testa, a senior lecturer in the College of Health and Biomedicine, has been advocating for affected staff and said frustration was building.

“Some staff have had to go to the vice-chancellor to express their concern,” Testa said. “The communication channels don’t seem to be working.”

A university spokesperson said Victoria University had introduced a new human resources IT system late last year, which had generated “a number of teething problems that we have been assiduously working to address”.

“We are acutely aware of the frustrations being experienced by staff with the new system and have continued to communicate regularly on this, including what action is being taken to address them,” the spokesperson said.

The spokesperson did not respond to a question about how many staff had been affected but said “a small number of staff have been directly impacted each pay cycle – around 1 per cent of our total workforce”.

Australia’s universities have been deluged with underpayment claims in the past two years, which have exposed a pattern of systemic underpayment of casual academics.

The Fair Work Ombudsman has been investigating 14 Australian universities over potential wage theft, although Victoria University is not among them.

Fair Work Ombudsman Sandra Parker told Senate Estimates in October last year that her office had identified a pattern of “poor governance and management” in the university sector.

“There are issues with not centralising their payroll and human resources functions. There appears to be a lack of investment in payroll time-recording systems,” Parker said.