This is the shocking moment a man and a taxi driver were filmed brawling in the middle of a Liverpool street.

The footage showed the two men landing punches, attempted to kick each other and even biting in Crosby, Merseyside.

A passer-by filmed the incident which saw both men falling in the middle of the road despite the danger of passing cars. 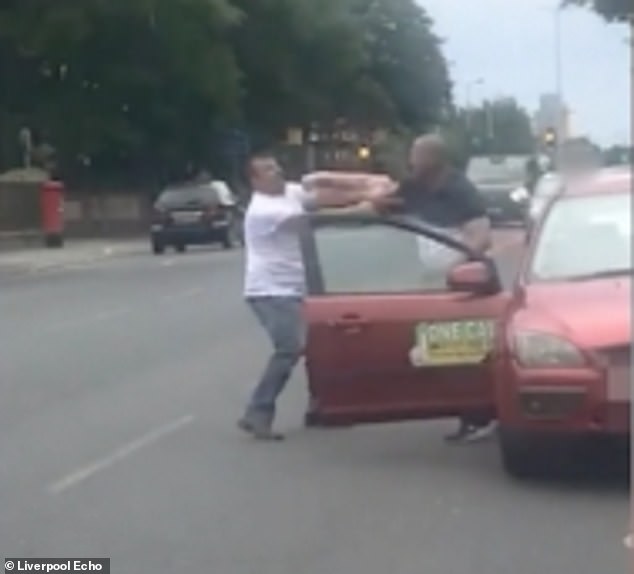 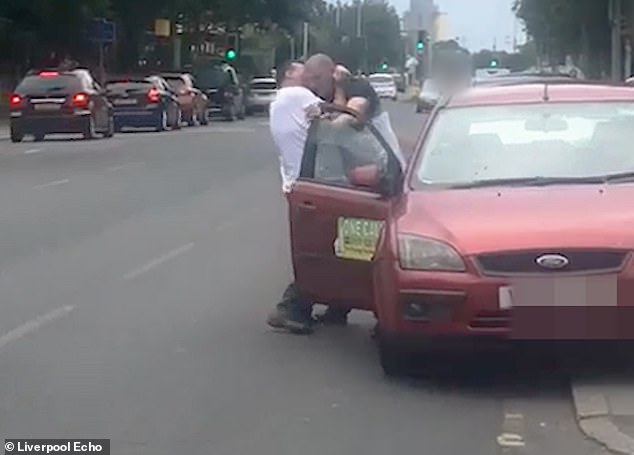 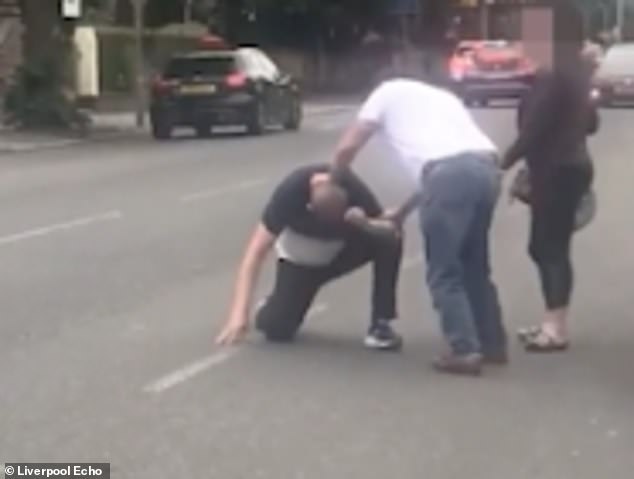 One man knocked the other to the ground. As he struggled to his feet, he managed to trip up his opponent

One of the men is floored by a flailing arm which connects under his chin.

One woman, who spotted the fight, tried to prise the men apart.

The incident happened on Monday afternoon on Crosby Road, Merseyside.

The Liverpool Echo said they have supplied a copy of the footage to Merseyside Police.

Merseyside Police told MailOnline that they have not had an official complaint lodged concerning the alleged incident. 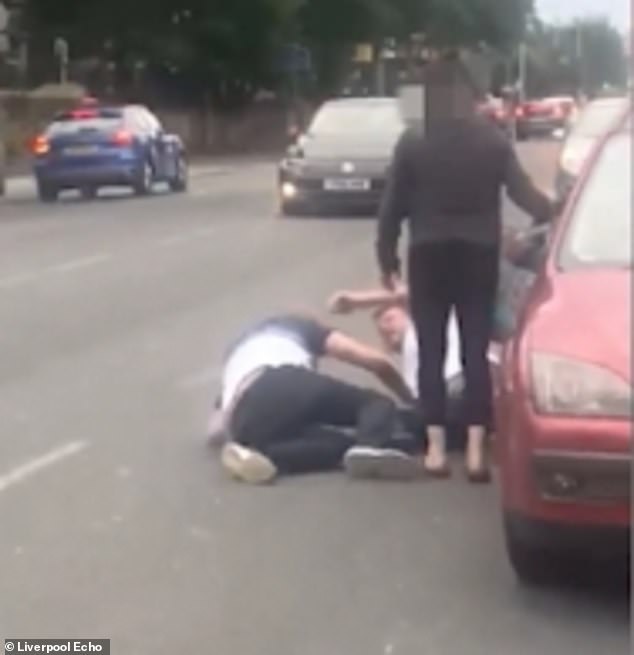