Home » World News » Violence is disrupting learning at Walgett High. No-one knows what to do about it

Violence is disrupting learning at Walgett High. No-one knows what to do about it

In the past two years, Walgett Community College incident log has recorded almost 50 cases of violence at the school, ranging from student brawls and threats involving weapons to assaults on teachers. Police were notified or called almost 15 times and, on a handful of occasions, lockdown procedures were activated.

“Numerous students displayed aggressive and threatening behaviour on school grounds and a lockdown was implemented,” the log says of an incident in term one last year, in which police were called. 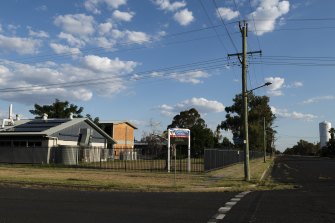 Despite increased funding, Walgett Community College has not improved over the past decade.Credit:Rhett Wyman

Another incident involved students breaking into a classroom and distributing the equipment, says the log, released under freedom of information laws. On another occasion, some students lit a fire, causing minor property damage. There were multiple fights between students that teachers tried to handle, but in some cases called police for support.

One time, six students approached a student who was leaving with their parent. “[They] assaulted the student,” it said.

Violence has become a fixture of Walgett High. There are deep disagreements over what to do about it; the elders say the students need more help for their disability and trauma and want police kept out, but others say the environment has become dangerous for both students and teachers.

It is not a new problem. Almost 10 years ago, then Education Minister Adrian Piccoli denounced the government’s neglect of Walgett, and rural schools like it, where most students are indigenous. He said Walgett Community College’s ruinous buildings made it the worst school in the state. “I think it is true to say that we as a community have treated Aboriginal people like rubbish.”

To turn the school around, the NSW government gave its buildings a $9 million makeover. It created a new governance structure – known as Connected Communities – to give parents and local leaders a greater voice in decisions made not only by Walgett Community College, but 15 schools with similarly high numbers of Indigenous children in other parts of the state. The department lured former Asquith high principal, Richard Rule, out of retirement to lead the new-look school.

More money, including Gonski funding, flowed over the next few years and gave Walgett the highest per capita funding of any school in the state. In 2020 – the most recent figures available – it received more than $44,500 for each student from state and federal governments.

None of it seems to have helped.

The high school now has its 31st principal in 24 years. Its attendance rate has been trending downwards from a low base since 2011. Last year it was 43.3 per cent, which was slightly higher than the year before, but far lower than the average across the state (90.7 per cent) or statistically similar schools (76.7 per cent), the freedom of information documents show. Just five of 151 students attended school more than 90 per cent of the time, compared with 31 per cent in similar schools.

In the five years to 2018, the average yearly staff turnover was 50 per cent. Potential recruits were deterred by the geographical isolation and the violence. Two female teachers have been on long-term leave due to severe injuries sustained while being assaulted by female students on school grounds, multiple sources say, and staff members have been hit, spat upon and had their cars damaged.

The turnover and vacancies mean, among other things, that there’s little educational continuity in a school where it’s particularly important. NAPLAN results show many of the students struggle with the basic skills they will need to function in society; the average year 9 score was below minimum standard in every subject but spelling and numeracy. In writing, the average year 9 student was functioning at year 3 level.

Some local families do not want to send their children there. They say they don’t learn, and the conflict makes them anxious.

Kathryn Sharpley’s daughter Caroline Ashby, who is 12, finds the work too easy – her mother says it’s often at year 5 level – and doesn’t like the violence. “Some days she doesn’t want to go, because of all the fights around the school,” her mother says. “She loves maths, it’s her favourite subject. Going there, they’re making her take a step back. I tell her, being Aboriginal doesn’t mean you can’t get somewhere in life.” 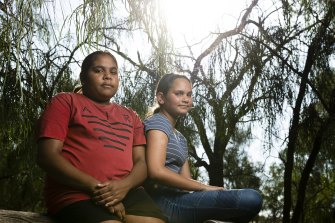 Mrs Sharpley could send Caroline to Queensland to live with relatives, or to a school in the nearby town of Lightning Ridge. “I’d prefer her to be close to us, than move a long way,” she says.

Local mother Rebecca Trindall has organised a daily bus to Lightning Ridge, which is about 45 minutes away, and is lobbying for Walgett children to be given automatic access to that school rather than having to lodge out of area applications. “Each year, families are forced to relocate from Walgett or send children away to simply be educated as there are no options available to them locally outside of Walgett Community College.”

One ongoing issue has been tension between principals and community leaders. Richard Rule, the principal installed as part of Dr Piccoli’s makeover, lasted two years. He says he came under pressure from the school reference group – community members who help make school decisions – to leave. Few principals since have lasted much longer.

“[They] were of the belief I was not running the school in the spirit of Connected Communities,” he says. “In Walgett’s case, the model just didn’t work. I wanted a well-run school where children stayed in the classroom and had a teacher in front of them and actually learned something in a stable environment.

“That did not seem to satisfy the reference group, who seemed to want some sort of cultural revolution in their school that was never going to happen while the school was unstable, with violence and teachers under threat.”

The Dharriwaa Elders lay the blame for continued dysfunction with the NSW Department of Education, which “continues to fail to provide what’s needed for Walgett students to succeed at school,” they said in a statement published on their website after the Herald requested an interview. They say they are being denied figures on suspension by Aboriginality, which, they say, means NSW Education wants to hide the link between school suspensions and a lack of support for disability and trauma. 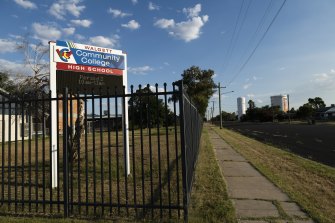 They want the school to stop calling police “as their first response to behaviour incidents”, and say officers should be banned from bringing guns onto the school site. “Recently there was an escalation when five police cars attended the high school to arrest a young teenage girl,” their statement says. “ Walgett school leadership must train their staff to de-escalate behaviours in our young people and decommission their hotline to police. The criminalising of our young people when they aren’t well has to stop.

“We conclude that Walgett schools are not culturally or physically safe.”

Piccoli acknowledges the conflicting expectations of school staff and the community. “When incidents occur at school, and the school takes the disciplinary action it would take at any other school, sometimes the community doesn’t respond well to that,” he says. “Walgett is a very unique place. So it has to be a unique school.

“For example, having police – the community didn’t like that. They don’t want it to be seen as a justice precinct. It’s got to be an education precinct. And they’re right, but you have to be able to guarantee staff safety as well.”

The Connected Communities program was supposed to build bridges between schools and the community. The NSW Department of Education evaluated the program a few years ago, and its findings were ambivalent. On the plus side, most of the 15 schools were successfully introducing local Aboriginal language programs, and attempting to incorporate Aboriginal content into their curriculum.

However, the role of School Reference Groups lacked clarity, it says, and there was uncertainty – “and in some cases tension” – around their role in decision-making. The strategy has also, as yet, had little impact on academic outcomes or attendance at the secondary level. Attendance has gone backwards, and schools were still struggling to engage parents in students’ education. The NSW Department of Education has nevertheless expanded the number of schools involved in the program from the original 15 to 31.

Mark Banasiak is an upper house MP representing the Shooters, Fishers and Farmers Party, and is also a former teacher. He has taken a particular interest in Walgett, and worries about the students. “People need to be held accountable for these failures to deliver,” he says.

“I’m turning my attention to people higher up, past the executive principal, who are supposed to be supporting the school. Until you address that core issue about why some elements of the community are not coming along with the school’s plan, you are never going to achieve the change you need. The tragedy is it’s the kids that suffer the most. Education should be a circuit breaker in this community, and a way for the community to grow and prosper, and at the moment that’s not happening.”

Asked about the issue in parliament, Education Minister Sarah Mitchell acknowledged there was more to do. “Part of it is the work we need to do to make sure that our staff feel supported, that they feel empowered and that we work not just with the school but also with the whole of the community,” she says.

“We know that some entrenched issues in the Walgett community have existed for years. These are things that multiple government agencies are working on together, and they will continue to do so.”

Mr Rule is sceptical about the whole-of-government approach. “I went to some of those meetings and there was a lot of rhetoric,” he says. “I don’t think I saw in the school one positive outcome from any of the state and federal agencies.”

The NSW Department of Education refused the Herald’s request to interview the school’s principal, who, some say, has brought relative stability in the past 11 months. It gave a statement saying that the Department of Regional NSW was working with community leaders to improve youth education, vocational training, employment and social outcomes.

There’s no easy solution for Walgett, says Piccoli. “There are deep social and historical issues there, that are difficult to change,” he says. Inter-agency collaboration was important, but often did not involve people senior enough to cut through the bureaucracy.

“If I had five minutes to talk to [Secretary of the NSW Department of Premier and Cabinet] Michael Coutts-Trotter, I would say, ‘we need a minister for Walgett, or a deputy secretary’. It’s very hard to change human behaviour, but we can certainly provide the fundamentals and basics that most people take for granted … that we haven’t got right there.

“The bottom line is you can never give up. You have to keep getting the best support you can there.”