A former high school football coach in Washington state who is fighting a school district’s ban on post-game prayers with his players that cost him his job, has lost his latest court battle.

In the decision, a judge for the U.S. Court of Appeals for the Ninth Circuit in San Francisco appeared to accuse former Bremerton High School coach Joe Kennedy of seeking publicity rather than divine intervention.

“Kennedy’s attempts to draw nationwide attention to his challenge to the District showed that he was not engaging in private prayer,” Judge Milan Smith wrote, according to Q13 FOX in Seattle.

“Instead, he was engaging in public speech of an overtly religious nature while performing his job duties.” 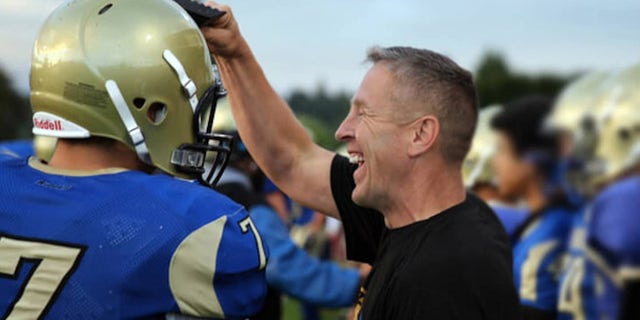 The judge contends that the district tried to “accommodate” Kennedy, “but that was spurned by Kennedy insisting that he be allowed to pray immediately after the conclusion of each game, potentially surrounded by students.”

Smith, representing a three-judge panel that decided the appeal, said the panel agreed that a district court had ruled correctly in favor of the school district rather than the coach in a previous step in the legal process.

Kennedy was initially suspended and then fired in 2015 after he refused a school district order to end his post-game prayer sessions, which had begun with him silently praying along on the field before players later joined him.

“The First Amendment really means a lot to me,” Kennedy said on Feb. 1, “and it is really terrible today in America that somebody can be fired just for expressing their faith. So I am just fighting so that no one else ever has to go through this and doesn’t have to choose between their job and their faith.”

Lawyers for Kennedy said they intend to continue fighting on the coach’s behalf, potentially back to the U.S. Supreme Court, which had declined the case in 2019, to protect what they regard as an infringement on the coach’s free speech and worship rights, Q13 FOX reported.