‘It’s a miracle she’s alive’: Missing girl, 18, is found safe in ravine nine days after she ran out of gas and then got lost in Washington woods – as rescuers reveal she survived on berries and creek water

An 18-year-old girl who was missing for eight days has miraculously been found safe in the woods outside Seattle.

Giovanna ‘Gia’ Fuda disappeared on July 24 after visiting a coffee shop in Index, Washington, and her car was found out of gas on a highway that winds through the Cascade Mountains the following day.

Rescue crews spent more than a week searching the area and were beginning to lose hope when they finally discovered the teen near a ravine deep in the woods on Saturday afternoon.

‘We are absolutely thrilled to know that search and rescue located her alive,’ King County Sheriff’s Sgt Ryan Abbott said.

‘She’s in stable condition. She is with her parents and being transported to a local hospital.

‘This is very rare, it is definitely a miracle.’ 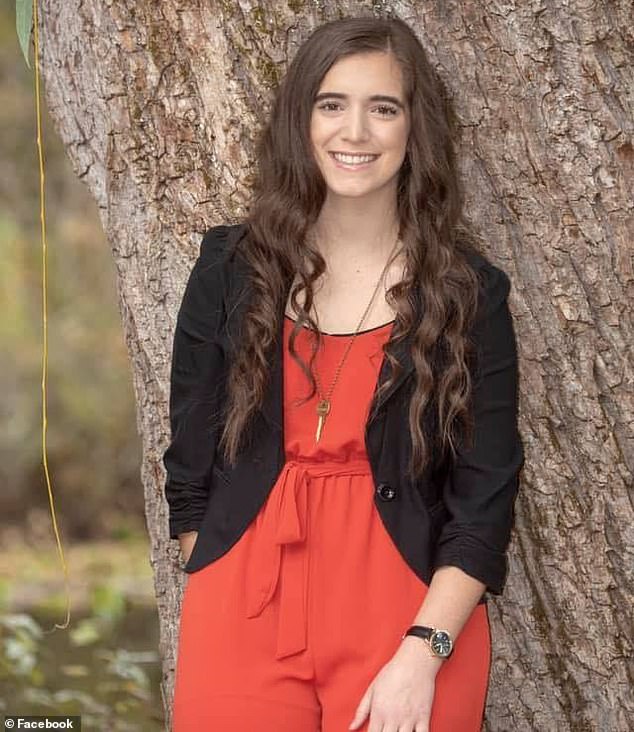 Giovanna ‘Gia’ Fuda, 18, (pictured) was found safe in a heavily wooded area of the Cascade Mountains on Saturday, eight days after she disappeared on July 24 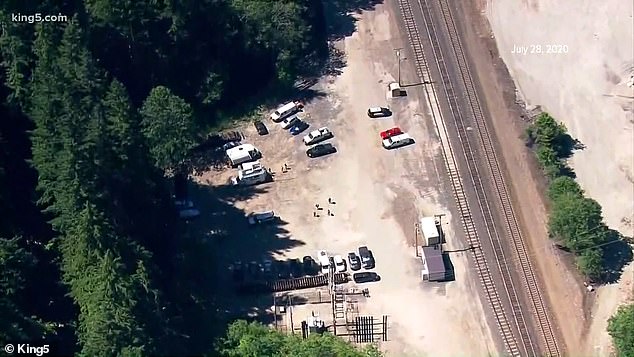 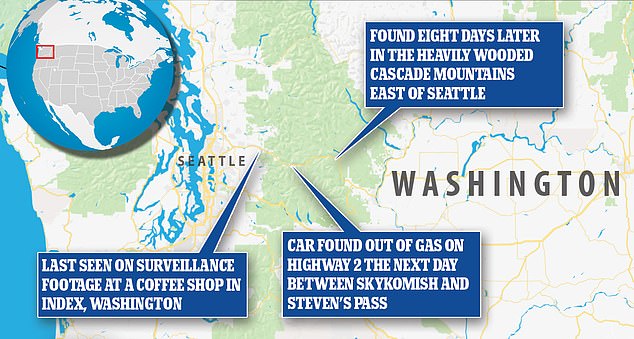 The map above shows where Fuda was last seen on July 24, where her car was found the following day and where she was located safe on Saturday

Authorities began looking for Fuda on July 24 after she left her home in Maple Valley without telling her parents where she was going and never returned.

She was last seen on surveillance video from a coffee shop in Index, and the next day her car was found abandoned on Highway 2 between Skykomish and Steven’s Pass.

Police were unable to track Fuda’s phone because it was either turned off or didn’t have signal in the area Abbott described as a ‘dead zone’.

The King County Sheriff’s Office labeled Fuda’s disappearance as ‘suspicious’ on July 27, but officials now believe that she likely got lost after leaving her car to look for gas.

Abbott said he wasn’t sure why or how Fuda ended up in the woods and that investigators are giving her time to recuperate before asking for her side of the story.

After days of searching turned up few signs of the teen, search and rescue crews on Saturday came across a notebook that belonged to her near a stream deep in the woods off the roadway.

They continued to follow the stream and located several items of clothing before finally finding her about two miles up a steep embankment.

Abbott praised the relentless efforts of the search teams, saying: ‘They are absolutely amazing. They are volunteers. They do this on their own time and, again, to find enough people to come out here, hundreds of volunteers day in and day out, to try and find Gia was amazing.’ 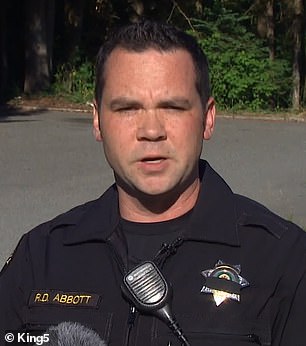 ‘It shows that miracles do happen and don’t ever quit, and that’s what we were doing,’ he added. ‘They just continued to search and thank god they found her.’

Investigators said Fuda didn’t have any food or water, but it’s believed she survived by drinking from the ravine and eating berries in the woods.

When she was first found Abbott said Fuda was not able to coherently explain what had happened over the eight days she was missing, merely telling rescuers: ‘I don’t know where I am.’

However officials are hopeful that with time she will be able to recount the ordeal in detail.

She is now recovering surrounded by family members who searched alongside officers from King County and other parts of the state.

‘We are thrilled for the family,’ Abbott said. ‘They have been out with us here. They have been trying to help us search; they’ve been a great support. And from my understanding, of course, the parents were thrilled when they found out Gia was alive.’ 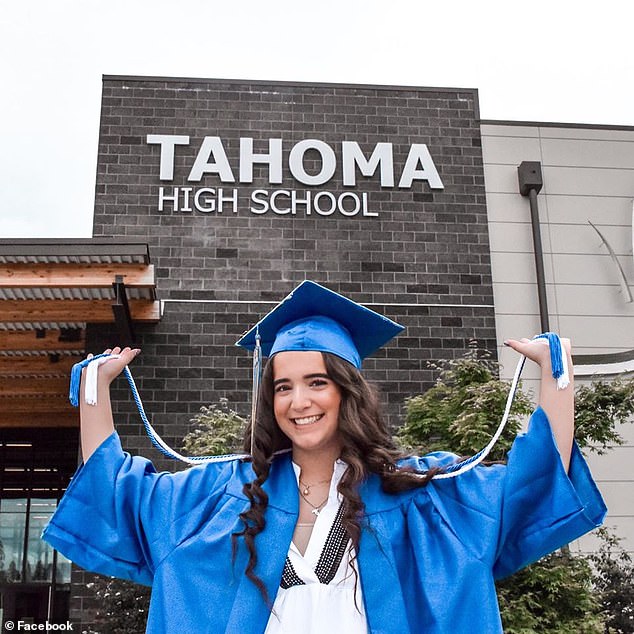 Just hours before Fuda was found, her mother expressed fear that there would be a tragic outcome.

Jeff White, a family friend who helped look for Fuda, said there were concerns that she wouldn’t be found at all because law enforcement was prepared to suspend the search on Saturday.

‘We knew that this was the last day of the search and we were concerned that we weren’t going to find her and we were going to leave these mountains without her,’ White told King5.

‘The father and the mother and all the friends that have been here and putting up signs thousands of signs, thousands of miles were covered with the people that were up here. And people stayed up all night long. It was horrific.’