Home » World News » ‘We owe it to every victim of stalking’: Celeste Manno’s mother fights for law changes

‘We owe it to every victim of stalking’: Celeste Manno’s mother fights for law changes The grieving mother of Celeste Manno has called for laws around stalking and intervention orders to be strengthened following the death of her daughter.

Aggie Di Mauro has vowed to fight for justice for her 23-year-old daughter after she was stabbed to death at their Mernda home on November 17.

Ms Manno had been at home with her mother early when her alleged killer smashed through her bedroom window and stabbed her. 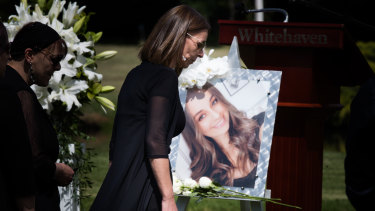 "I can't do anything for my daughter again, so I’m doing this in the hope that others will be protected."

A petition to strengthen laws around stalking sparked by the death of Melbourne woman Celeste Manno has been tabled in State Parliament after it garnered more than 8000 signatures.

The community petition, tabled by Justice Party MP Tania Maxwell on Tuesday, calls for the introduction of "more stringent laws for victims of stalking and violence". 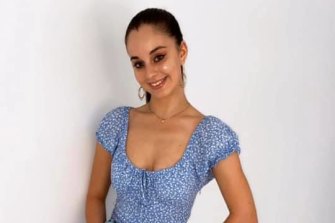 A petition created after the death of Celeste Manno has garnered more than 8000 signatures. Credit:Facebook

Ms Maxwell said there was a need for stronger responses to stalking-related offences.

"There is a sense of deep frustration and anger at the difficulty of stopping offenders who make their victims’ existences a living hell," she said.

"We see time and again offenders giving little regard to intervention and restraining orders. Meanwhile, their victims remain trapped and terrified.

"We owe it to every victim of stalking to try to seriously strengthen the enforcement of the laws and conditions on stalkers.

"We must escalate the consequences for those who deliberately taunt, follow and inflict fear and harm on others."

The petition was created by a friend of Ms Manno in the days after her death.

"Although there are laws in place and intervention orders can be granted, it is clear that this is not sufficient and more needs to be done. Far too many women have lost their lives at the hands of perpetrators," it reads.

"The recent tragic loss of Celeste Manno who had obtained an IVO [intervention order] against her [alleged] stalker demonstrates that doing everything necessary according to the law for protection is not sufficient. 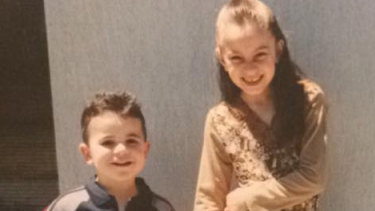 A treasured family photo of Celeste Manno with her younger brother Alessandro. Credit:Facebook

"Unfortunately, Celeste Manno will not be the last victim and we need to put an end to this. This cannot be another case that causes an uproar only for it to decline until there is another victim."

Ms Manno was farewelled at a service in Whittlesea last week. At the service, her mother said she would fight for justice for her daughter.

The young woman was remembered in the days after her death as a “gorgeous young soul” who had quickly climbed the ranks at the call centre where she worked.