Wedding photographer had to make 600-mile round trip for passport

A wedding photographer who waited two months for the passport she needed for a crucial overseas job was told she could finally collect it – 300 miles away and just three hours before her flight left.

Zara Malone faced losing thousands – and letting down a happy couple – if she couldn’t get to the South of France in time for their wedding.

Despite sending her application to the London passport office in April she was only told it was being processed almost 300 miles away in Durham in northeast England the day before she was due to travel.

The 37-year-old was forced to spend £400 and take a 600-mile round trip from London to Durham to pick up her passport so she could finally travel abroad again.

She caught an overnight sleeper train to the cathedral city and arrived outside the passport office at 5.40am. 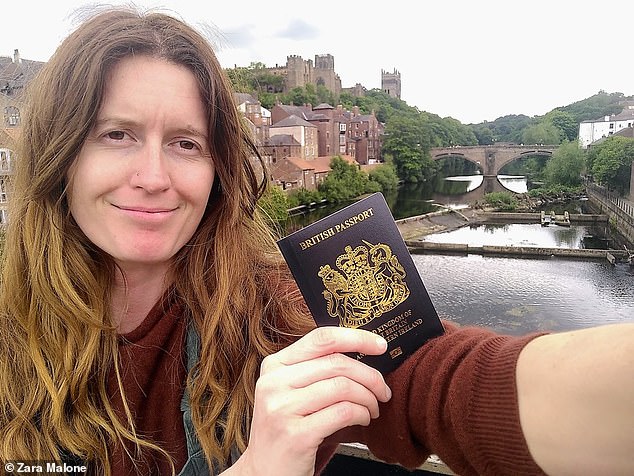 Zara Malone travelled 600 miles in order to get her new passport in time for her trip to France. She had been planning on photographing a wedding when she was launched into the travel chaos 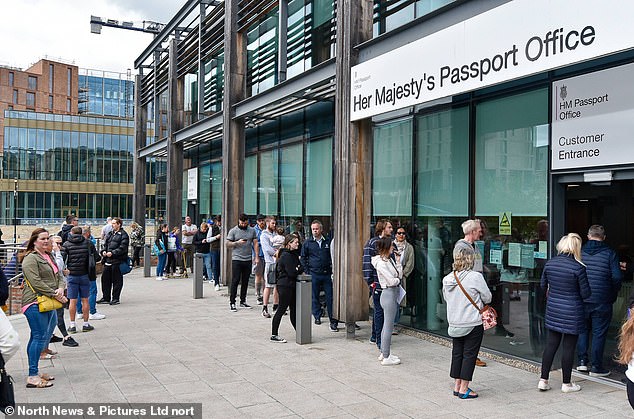 Zara had to travel to Durham passport office (pictured) to pick up her Fast Tracked application just hours before she had to board her flight. She caught an overnight sleeper train to get to the city from her home in London

After paying £100 to have her application ‘fast tracked’ she had to wait until 4pm when she was able to pick it up. But there wasn’t nearly enough time to get back to make her flight from Gatwick to Toulouse at 6pm last night.

Zara has now booked a new flight to leave from Gatwick on Friday and still be there for this weekend -as long as there are no further mishaps.

‘I was exhausted but just so relieved to have got my passport. I put it in my pocket and was terrified that I would lose it or it would get stolen’ she said.

‘It has just been a nightmare trying to deal with the passport office as they keep on changing their messages. It really is a hopeless situation.

‘I had sent so many emails and called them but was always being told not to worry as I would receive the passport in time.’

Zara, from Crystal Palace, southeast London, sent off her application with the £77 fee in April.

She had wanted the new passport to travel to France, where she photographs most of her weddings, by the first week in June.

After applying Zara quickly discovered she was among the estimated 500,000 people waiting for a new passport.

More than 5million people delayed their passport applications due to the pandemic – leading to a surge in waiting times that has forced many to cancel their holidays.

Despite repeated calls and emails to the Passport Office she was told it would be issued in time.

But when her first booked foreign job – a wedding in St Tropez in France at the beginning of June – came up she still hadn’t had any response so was reluctantly forced to cancel.

So when she was told the application was in Durham with her second foreign job looming she took matters into her own hands.

She said: ’With Covid and most weddings were cancelled it has been a tough time. I’ve have been struggling, and things have only just picked out.

‘I specialise in weddings for British couples in France. I had a booking in St Tropez but had to cancel as I did not get my passport in time. 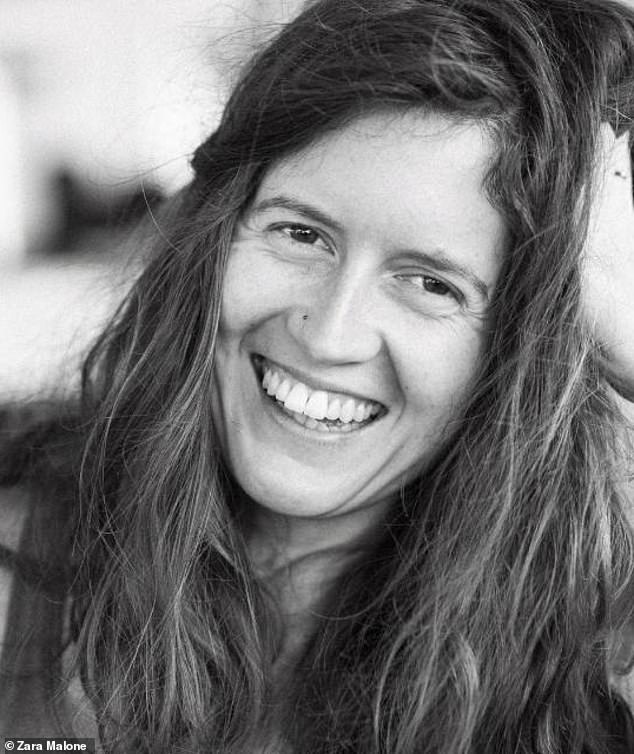 The wedding photographer discovered she was among the estimated 500,000 people waiting for a new passport

‘I felt sick in letting down the couple. I have never cancelled a wedding before and was able to find a replacement photographer as I just had a feeling, I was not going to make it.

‘There was also the damage to my reputation. I felt awful.

‘I had another booking this week in Toulouse and was determined to make that.

The Passport Office seem to move the goalposts all the time, and I kept on getting assurances that it would be issued in time for my trip.’

Zara was told as her flight was within 24 hours she could collect the passport – but was stunned to discover it was in Durham.

She said: ‘I got the overnight train to Durham and arrived at 5.30am. I went straight to the passport office and there was already a long queue.

‘Some of the people in the queue told me had been waiting months for their passport.’

After paying £100 to fast track her application Zara was told she had to wait for an email notification that the new blue passport was ready for collection.

Fortunately, she was called back to collect her shortly before the office closed for the day.

To celebrate she took a ‘selfie’ with the passport with Durham castle in the background.

‘When I picked up the passport I realised it was at same time I should have been checking in for my flight to France.

4pm: Leave passport office after being told to collect from Durham

‘I did manage to book a new flight so will be able to make the wedding at the weekend, but it has been touch and go.

‘With the train fares it has cost me over £400 and I’ve had an exhausting trip.

‘Not the best preparation for a wedding but I did not want to let anyone else down. Many of the weddings I am booked to cover over the summer are those that were postponed during Covid.’

The huge backlog of passports applications has led to many families being force to cancel their holidays with fears matters will only get worse this summer.

In April those applying were told there was a five-week delay, but he Passport Office later extended this to 10 weeks.

A Passport Office spokesperson said: ‘Since April 2021, we’ve clearly stated that people should allow up to 10 weeks when applying for their passport to factor in the increased demand, which has seen 5 million people delay their passport application due to the pandemic.

‘The latest figures show that 90% were completed within six weeks. But we cannot compromise security checks, and people should apply with plenty of time prior to travelling.’

Last month it was claimed that an extra 700 staff will be brought in to tackle the Passport Office ‘chaos’.

Holidaymakers have been left furious after being forced to miss out on family events and vacations.

Home Office minister Tom Pursglove said passport offices across the country will be reinforced with the new staff ‘by summer’ in a bid to quickly process millions of outstanding passport applications.

Travellers continue to vent their fury at the Passport Office, which is facing a huge backlog of more than 500,000 passport applications.

The backlog has been blamed on a sudden rush in demand for new passports following a lull during the two years of Covid-enforced travel restrictions.

Post-Brexit travel rules from the EU have complicated matters further as they require travelling Britons to have at least three months validity remaining when travelling to EU member nations.

The Government expects 9.5 million British passport applications to be dealt with in 2022 – almost double the number processed last year. 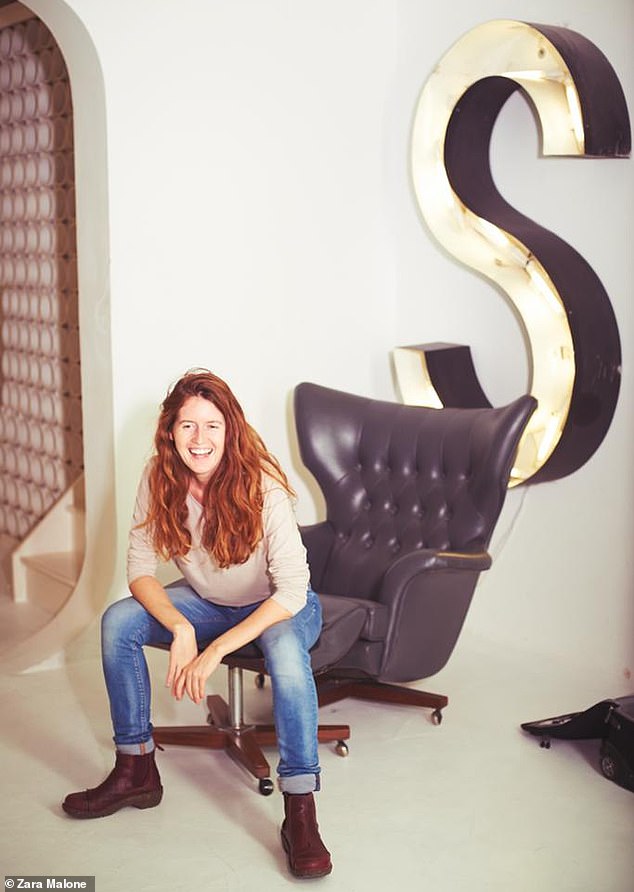 Zara claims that her reputation was damaged after being forced to cancel on a wedding in St Tropez in June. She was determined that her passport problems would not allow her to cancel more work 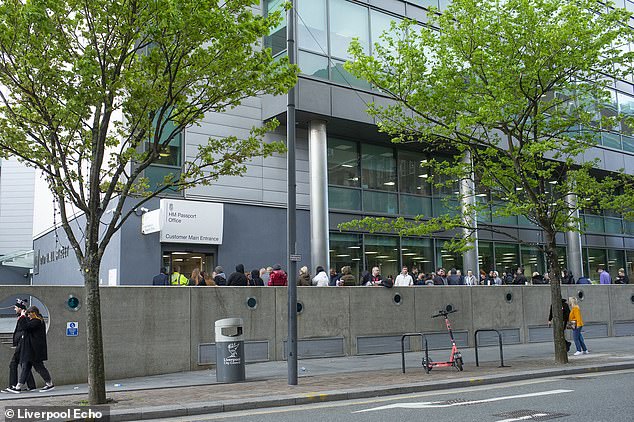 An extra 700 staff will be brought in to tackle the Passport Office ‘chaos’ that has left frustrated holidaymakers missing out on family events and getaways. Pictured: Long queues outside HMP Passport Office in Liverpool in April