Home » World News » Welcome to The Trump Arms: The London pub welcoming the president ahead of UK visit

Welcome to The Trump Arms: The London pub welcoming the president ahead of UK visit

Tucked away in a quiet corner of West London, thousands of miles away from Washington, a pub has been renamed The Trump Arms in honor of the state visit by the President of the United States.

This will be the second time the landlord of the Irish pub, 53-year-old Damien Smyth, is making the gesture. 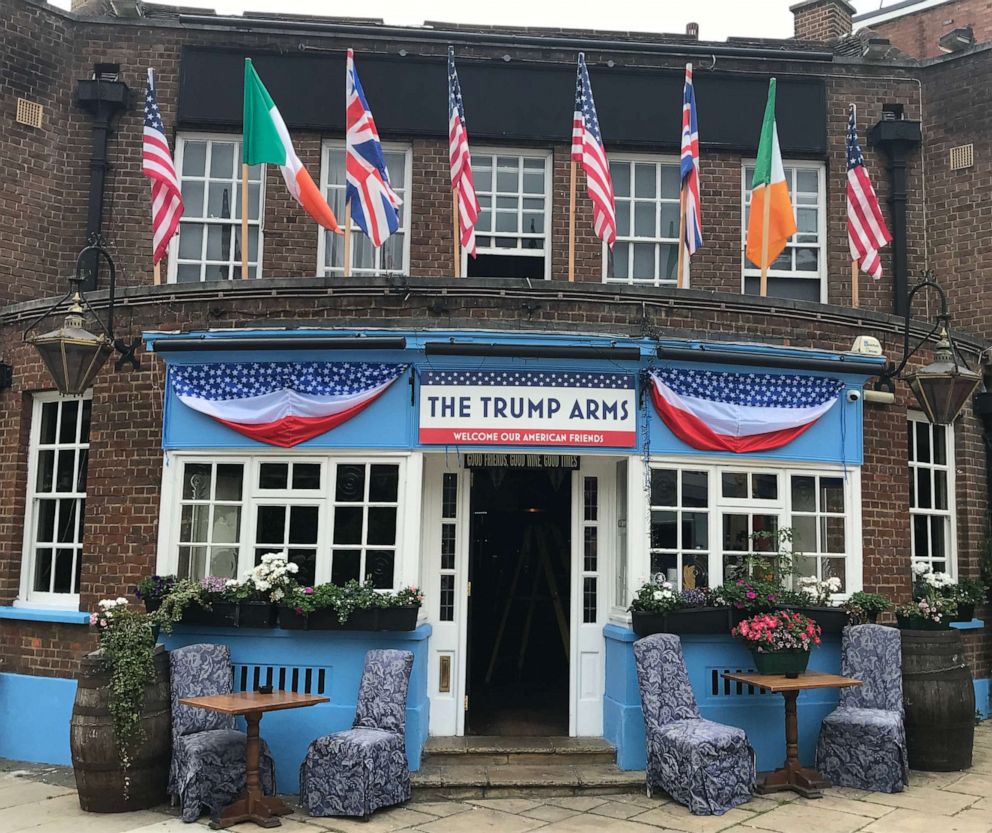 The first time, in July 2018, pictures showing the newly dubbed The Trump Arms packed with patrons offered an alternate view of the president’s visit, after other Londoners offered a very different greeting: a giant blimp dubbed the “Trump Baby,” which depicted the President as a petulant infant, displayed over Parliament.

Donald Trump himself told The Sun newspaper that he thought the pub’s renaming was “wonderful.” 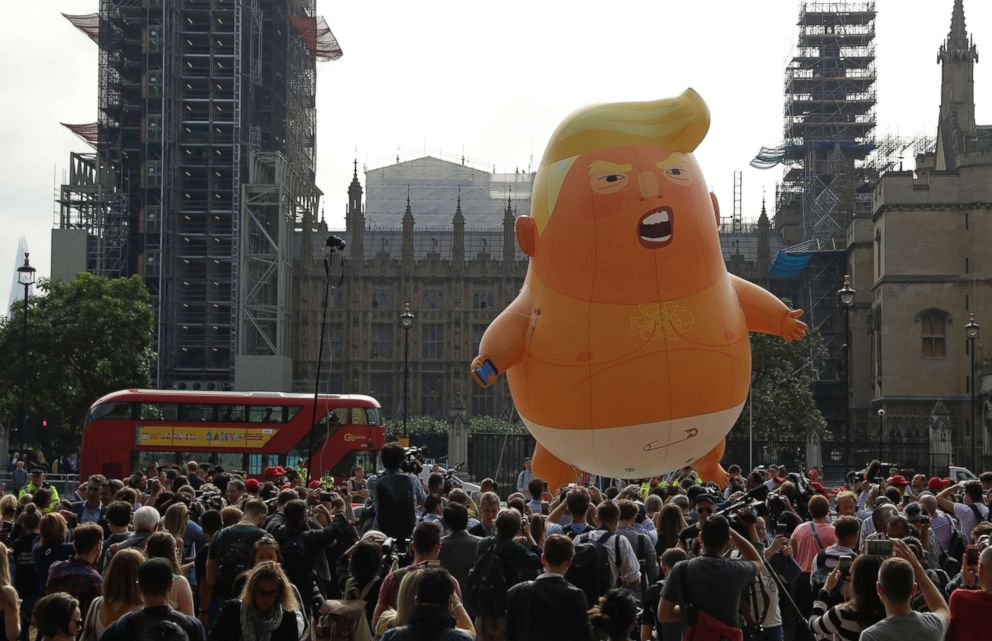 “I love those people,” Trump told the newspaper. “Those are my people.”

That quote is plastered along the walls of The Trump Arms, as well as numerous American flags, pictures of Trump and a replica “Oval Office,” where attendees can enjoy a drink while seated across from an image of Trump displayed on the wall.

“We did it last year when President Trump visited the U.K.,” Smyth told ABC News. “We’ve done it again now because he’s coming here on Monday. We must mark the great relationship between the British, the Irish and the American people.” 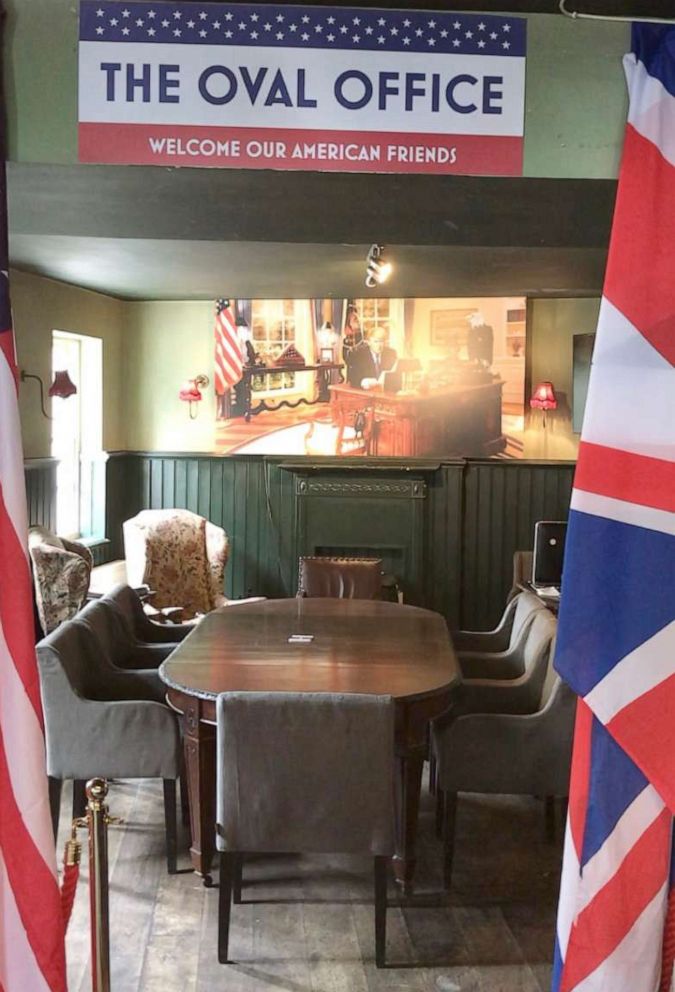 Smyth said Americans are more than welcome, and he expects plenty of people from across the pond to come to the pub when Trump arrives.

The president’s arrival last year was met with mass protests on the streets of London. Still, Trump does have significant support across the Atlantic, and Smyth believes that the way his last trip was represented was unfair. 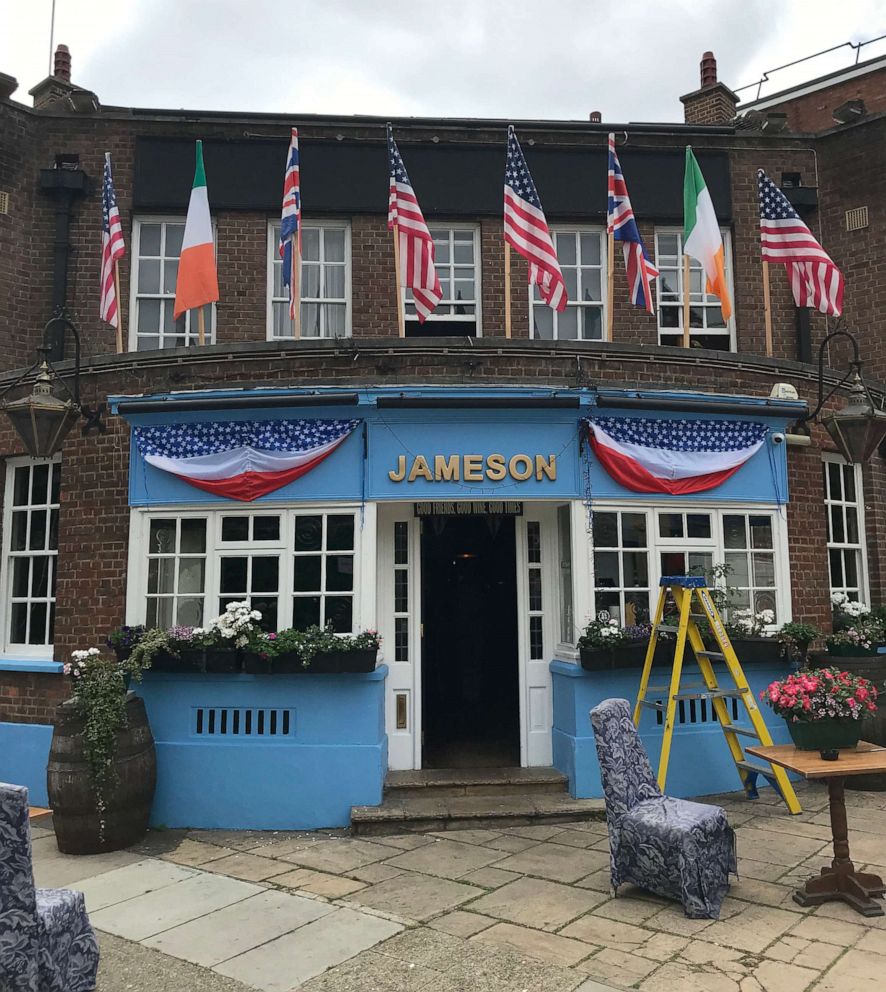 Renaming his pub is a show of “respect” for the office of the presidency, he said, and celebrates a trans-Atlantic bond that, for Smyth, hearkens back to the Second World War. 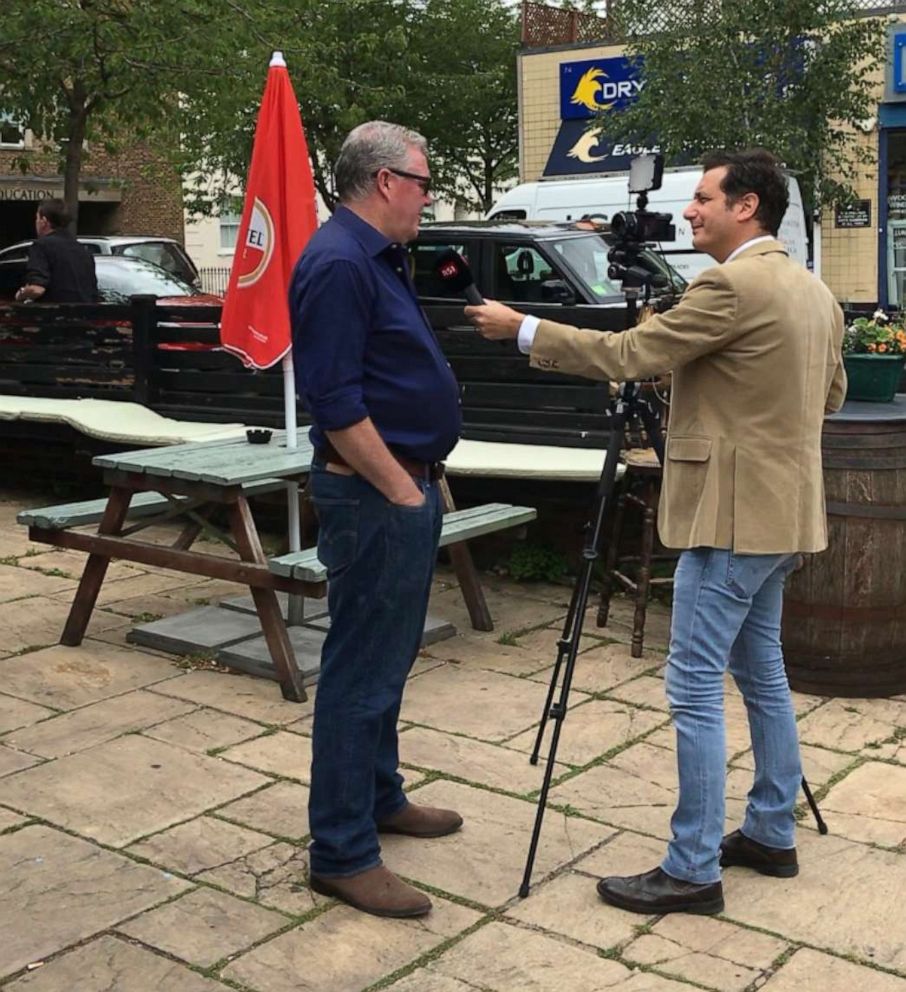 “They had no qualms about helping this country or the country next door,” he said. “It’s about showing respect. The Americans, the Irish and the British are great friends, and now we’re family.”

More protests are planned in London to mark Trump’s arrival. And, although he doesn’t drink alcohol, Trump will surely feel welcome in at least in one corner of the capital.