Now Wetherspoon lowers price of curry club to £5.99 and steak club to £6.99 in huge three-month promotion after slashing cost of pints to 99p

Wetherspoon is slashing the price of its curry club to £5.99 and steak club to £6.99 in another inflation-busting promotion after reducing the cost of some pints to 99p.

The price reduction on a choice of breakfast, pub classics and deli meals, will start tomorrow – Wednesday – and last until Monday, February 28.

Currently punters can bag a pint of Ruddles Best, Greene King IPA, Bell’s whiskey with a mixer or a bottle of Beck’s for less than a pound at the bargain chain.

And now a raft of new promotions will also decrease the cost of popular meals. 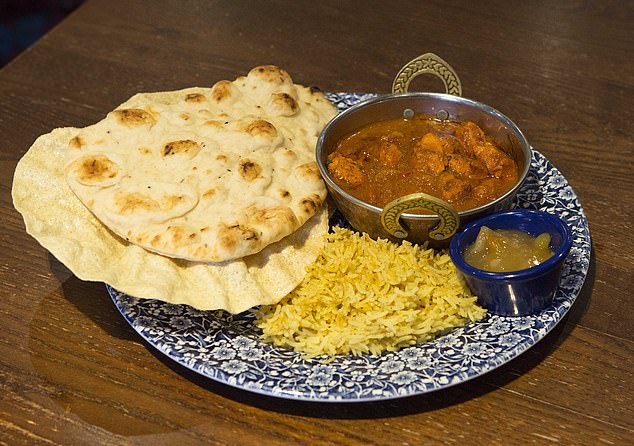 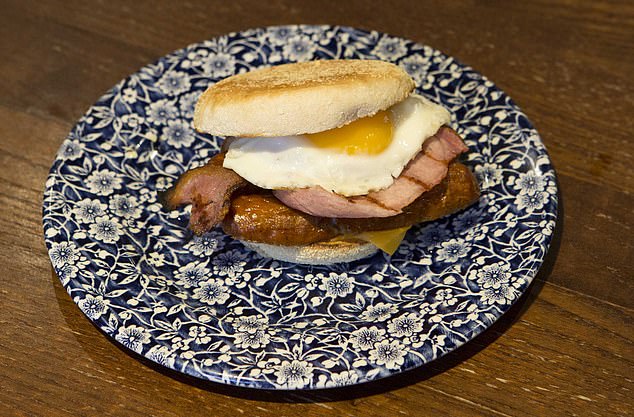 A breakfast muffin with egg, sausage, bacon and cheese with a hot drink for £2.49, or porridge and a drink for £1.99

The chips are down! Facebook group documenting tiny number of fries served at Wetherspoons becomes a viral sensation

Today’s offers will do little to dissuade fa fearless army of ruler-wielding punters who have dedicated their evenings to monitoring the number of chips they are served at Spoons pubs.

Wetherspoons paltry chip count has racked up more than 40,000 members and people across the country take to the group to post pictures of their dinners – complete with measurements of chip lengths and the often measly count of chips served with their meals.

Diners nationwide have taken to the group to share how they’ve been served as little as 10 chips on the side of the meals which include the likes of paninis, steak and mixed grills.

Some diners have been as lucky to get as many as 62 chips – however many of the comments are often the smallness of the side dish with one of the group admins doing a weekly round up of the number of chips.

Posting the latest round up, Thomas William wrote: ’76 meals with a chip count and 16 extra portions of chips were posted this week. These account for a whopping 2550 chips which were served to you lovely contributors.

‘The smallest amount of chips with a meal was only 13 chips, and the largest amount was a staggering 40 chips! Giving a range of 27 chips.’

Wetherspoon spokesman Eddie Gershon told FEMAIL: ‘A few years back Wetherspoon carpets were all the rage on Facebook, so it’s probably no surprise that someone has now started a chip account.

‘All pubs should serve the same weight of chips, but the number of chips might vary depending on the size of chip.’

Pub classics and deli meals, including Wiltshire cured ham, eggs and chips, small freshly battered fish and chips, Five-bean chilli, paninis, wraps, will be £5.29 with an alcoholic drink and £3.99 with a soft drink.

A breakfast muffin with egg, sausage, bacon and cheese with a hot drink will go down to £2.49, and porridge and a drink will cost £1.99.

Breakfast deals will only be available from 8am until 11.30am, but there will still be plenty of offers on the lunch and dinner menu. Lunch and dinner options are sold from 11.30am until 11pm.

Some 660 Wetherspoon pubs will offer the reduced prices.

At another 180 they will be slightly higher but still cheaper than the current prices – which vary by location.

It comes as pubs are being clobbered by rising inflation caused by gas prices, supply chain pressures and widespread staff shortages.

They received a boost in the Budget last month when Rishi Sunak cut beer duty by five percent, but landlords warned MailOnline that pints would still get more expensive in the vast majority of cases.

Wetherspoon chairman Tim Martin told MailOnline he would pass on any savings to drinkers when the duty reduction comes into effect in 2023. But smaller pubs argued it would make very little different to them.

Dawn Hopkins, owner of the Rose Inn in Norwich and vice chair of the Campaign for Pubs, said: ‘There’s no way this will lead to a change in prices across the bar.

‘Prices are soaring and these changes won’t come in until 2023 anyway. It also discriminates against craft beer breweries by excluding smaller kegs.’

Peter Tiley, who runs the Salutation Inn in Ham, Gloucestershire, said he ‘appreciated’ the government trying to help pubs but it was not enough when they were ‘dying on their feet’.

‘It is wishful thinking to expect the price of a pint to go down given pubs are under such tremendous pressure at the moment,’ he said.

In his Budget, Rishi Sunak also said a planned increase to the duty on lower-strength spirits, wine, cider and beer will be cancelled while the ‘irrational’ 28% duty on fruit ciders, premium sparkling wines like prosecco will be cut.

Drinks that will see taxes reduced include Bailey’s (41p a bottle), Gordon’s gin (9p per can), and Canti prosecco (87p per bottle). The tax take on beers like Stella and Carling will remain the same in shops but dip by 3p in pubs.

But other beverages will see increases, including Cockburn’s port (£1.09 per bottle), Hardy’s merlot (35p per bottle) and Scottish favourite Buckfast (81p per bottle). It remains to be seen if retailers will pass any savings on.

There was anger that only kegs of 40l and above were included in the beer duty cut – excluding smaller breweries that use 30l ones – but MailOnline understands the Treasury is open to changing this. 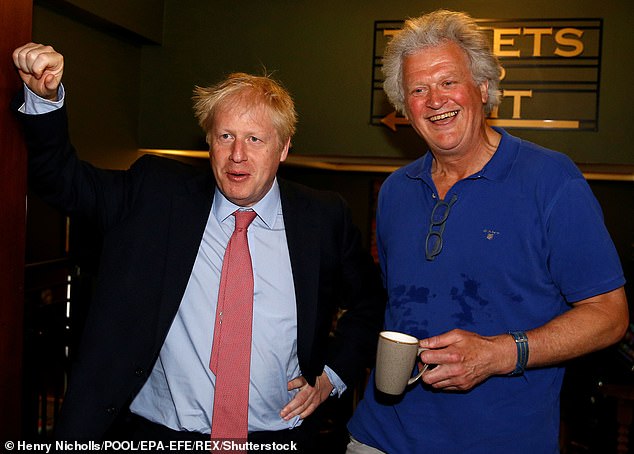 The Bank of England has warned inflation could hit 5% next year.

Today Wetherspoon’s chairman Tim Martin, said: ‘We believe this is a fantastic offer with a great choice of meals, from breakfast to curry, available for customers to enjoy at outstanding prices.

‘It follows on from our decision to lower prices on a selection of drinks throughout November.

‘Wetherspoon is known for giving its customers value-for-money-prices on food and drink at all times and our new pricing means that they will be able to enjoy even better value meals through to the end of February 2022.’