Home » World News » What airlines owe you when flights are canceled, delayed

What airlines owe you when flights are canceled, delayed

The in-flight showings of "Elf'' and "Home Alone'' are a nice touch during a flight, and the "Love Actually"-like reunions at airports are always sweet to watch.

But ask most travelers to describe flying during the holidays and they paint a picture more stressful than joyous: snaking lines at check-in, security and even at Starbucks; a scramble for chairs and power outlets at the gate; and annoying passengers who won't keep their masks on or watch movies without headphones.

And then there's the ultimate stressor: flight delays or cancellations, a common occurrence in this year of airline meltdowns. Add in wintry weather, and it's easy for travel plans to go awry.

What's a stranded traveler to do? Know your rights and alternatives and persistently pursue them, including taking airlines to task on social media.

Airlines are assailed with complaints on social media every time there is a spike in flight cancellations and delays, and every time, too many passengers are left bewildered, unsatisfied or even fuming at airlines' responses. The biggest gripes: lack of meal vouchers or hotel accommodations, a runaround for refunds and no compensation for expenses caused by a lost vacation day or workday.

►'There's always some amount of uncertainty or risk': How travel insurance could protect your next trip

►Come explore with us: Subscribe to our Travel newsletter

There is a disconnect between what passengers think they are owed and what airlines owe them when flights plans go haywire thanks to a patchwork of federal regulations and airline policies.

Some rules, like those covering refunds for cancellations and significant flight delays by the airline, are dictated by the U.S. Department of Transportation. Others, like hotel and meal vouchers and expense reimbursement, are up to individual airline policies spelled out in dozens of pages of legalese known as a contract of carriage. Spirit's is 54 pages. 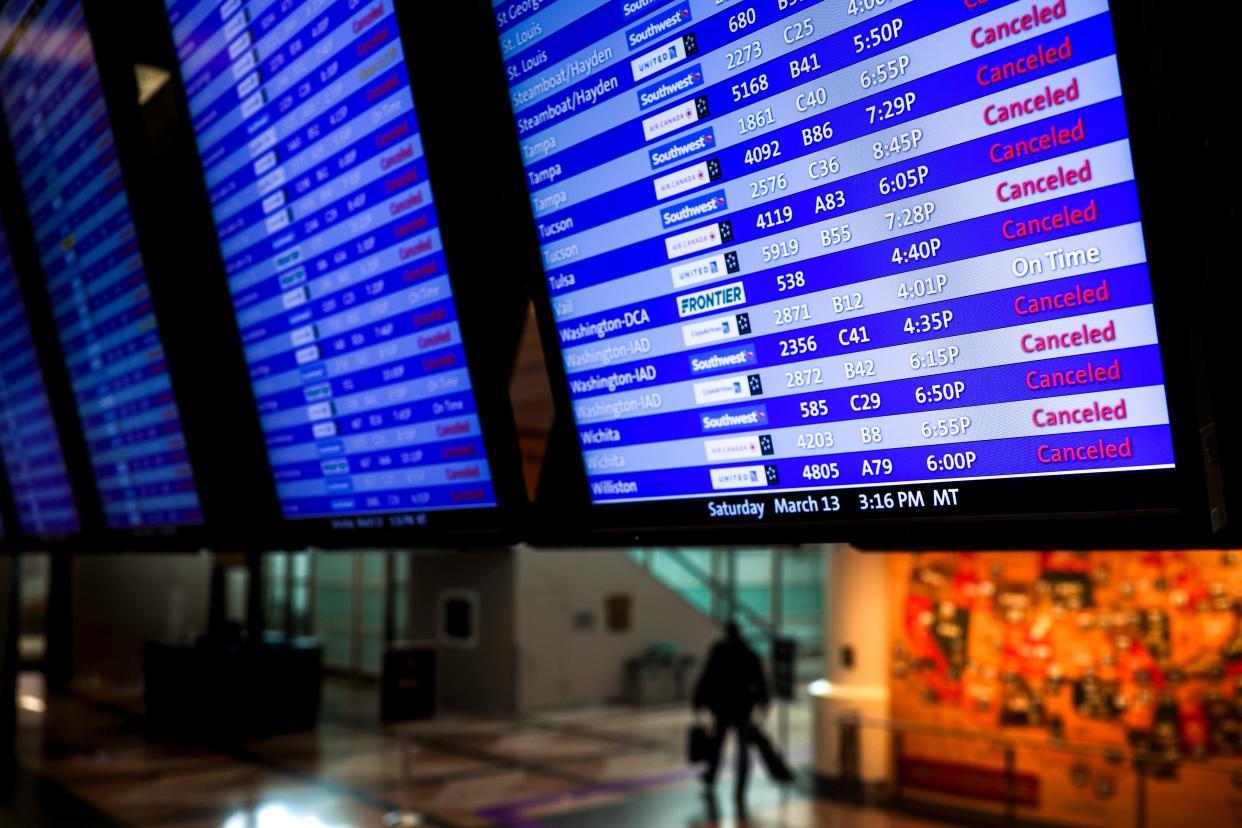 ► Can I get a refund if my flight is canceled?

Airlines prefer, of course, to automatically rebook you on their next available flight, but you are under no obligation to take it. Keep in mind, though, that a refund a) might not be instant and b) probably won't cover the cost of a new last-minute ticket unless your original ticket was pricey. So in many cases, the next-available flight might be the least-expensive option for getting to your destination or back home when things go awry last minute.

► My flight delay is too long. Can I get a refund?

The same DOT rules apply to significant delays, meaning passengers are eligible for a refund regardless of the cause of the airline's delay. The only wrinkle here is that airlines' definitions of "significant delay" vary. American offers refunds for delays exceeding 90 minutes, Delta, Spirit and Alaska two hours, for example. 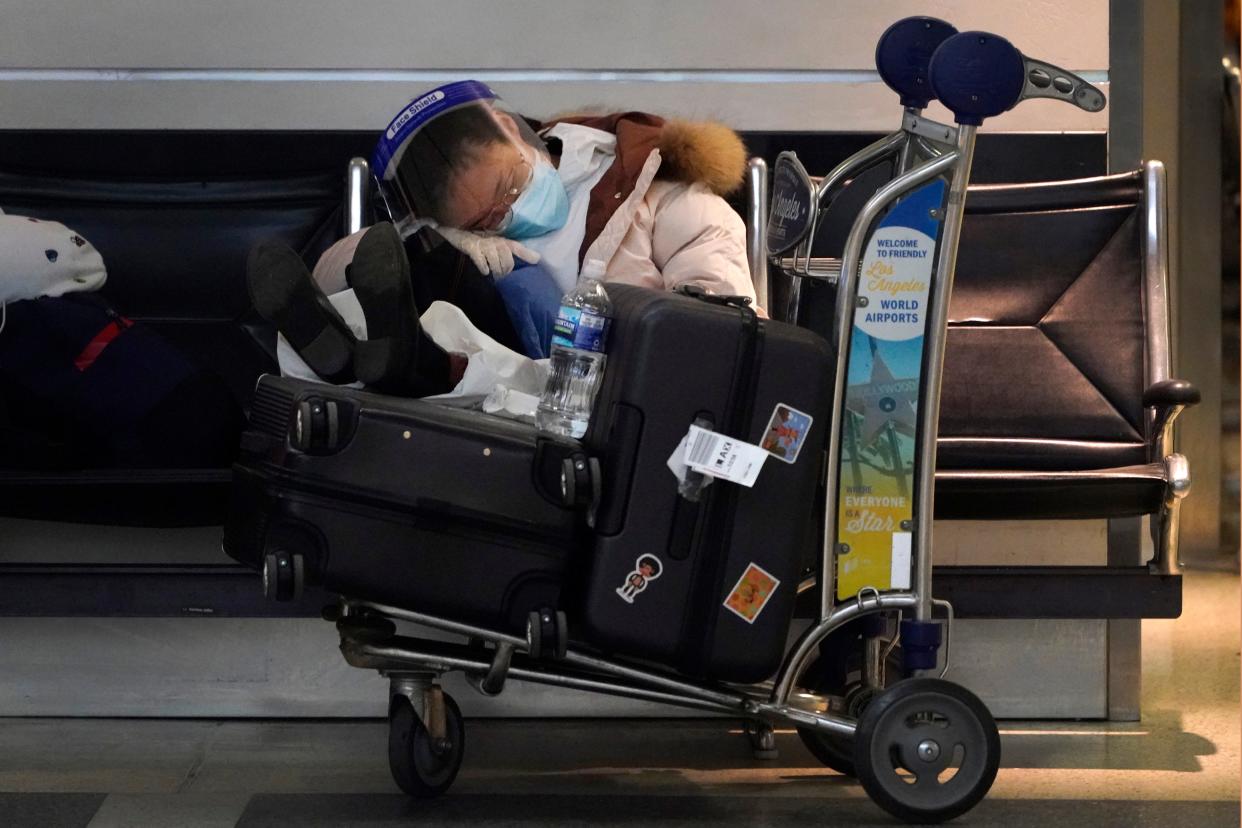 ►What if there's a storm brewing or a weather advisory?

Pay attention to your airline's website, mobile app or Facebook and Twitter accounts at the first hint of weather trouble. Airlines routinely issue travel advisories, alerts and waivers (the names vary by carrier) ahead of big storms, allowing travelers to move their flight to an eligible earlier or later date to dodge a weather mess. You won't pay a change fee or fare difference if your flight meets the criteria.

Airlines also proactively cancel flights ahead of big storms so they don't strand passengers and crew, so check your inbox regularly for updates from the airline about flight changes.

If you're already at the airport when the flight is canceled, check out airline self-service options for rebooking. The snaking line at the customer service counter or gate and the airline's reservations centers aren't the only way to book a new flight. Many airlines allow you to rebook your flight (if they haven't already or you don't like the flight they picked) on their websites and mobile apps.

► The airline can't get me on another flight until tomorrow (or later). Do they pay for a hotel?

Here's where things get trickier and involve those contracts of carriage. Airline policies generally state that they only pay for a hotel if the flight cancellation or overnight delay is their fault, and then only if you don't live in the city you're stranded in. The earlier you request one, the better, as airport hotels sell out quickly when there's flight cancellation mayhem.

Weather, of course, and air traffic control issues are outside of airlines' control, so passengers whose flights are scrubbed for those reasons generally aren't given free hotel stays. (Many airlines do offer discounted hotel rates for those impacted by weather cancellations, so be sure to ask.)

How do you know the reason for your cancellation?

"I think passengers, quite frankly, have a right to be suspicious,'' McGee said. "Airlines are not forthcoming on a lot of issues like this.''

At the same time, the former airline flight dispatcher says passengers often don't understand how weather across the country can have a ripple effect on an airline.

Savvy travelers should jot down gate announcements or conversations with employees about the reasons for the delay as well as screenshot any alerts sent about the delay via text or the airline's mobile app to plead their case for reimbursement if the airline denies hotel accommodations due to weather.

► I can't wait two days for another flight. Can I fly a different airline?

Stranded passengers are free to check options on other airlines, but whether the airline that canceled the original flight picks up the tab is another question.

Most major airlines, with the notable exception of Southwest, have so-called interline agreements with competitors so they can easily transfer passengers over when they don't have room. But airlines prefer to keep travelers on their flights, so the option isn't usually offered upfront.

Spirit and other budget carriers don't have interline agreements. Spirit's contract of carriage states: "With limited exceptions, Spirit will not reimburse guests for flights that they book on other carriers.''

► I'm hungry and airport food is expensive. Will the airline reimburse me for meals?

As with hotel stays, meal vouchers also are generally only doled out when cancellations and long delays are caused by the airline but it never hurts to ask in any situation. Some airlines, though, including Delta and Southwest, have been known to roll in snack carts or order pizza during extreme weather and other situations outside their control.

Don't expect the airline's money to go far at the airport, airport hotel, or area restaurants, if you can find one open. The going rate is $12 per passenger at American and Alaska, for example. Delta says meal money varies by city. Some airlines, including American, say the vouchers can be used for food delivery services like UberEats.

This article originally appeared on USA TODAY: My flight was delayed, canceled. What do airlines owe me?