Home » World News » What’s on in Melbourne on Australia Day

What’s on in Melbourne on Australia Day

There is no Australia Day parade through Melbourne’s CBD again this year, but other events are being held around the state to mark January 26.

Temperatures are expected to reach 22 degrees, with light winds and partly cloudy skies. 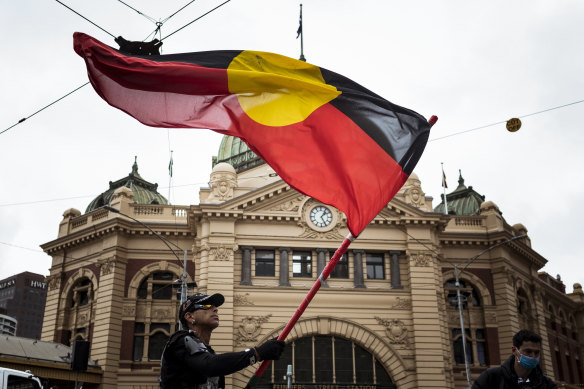 Thousands marched at the Invasion Day rally in Melbourne in 2021.Credit:Chris Hopkins

Here’s a list of what’s happening on January 26 in and around Melbourne.

For the fourth year running, the We-Akon Dilinja (mourning reflection) ceremony will be held at Alfred Square in St Kilda at 6am. The theme for 2023 will be to honour the past and realise a united vision for a shared future. The ceremony will be presented from the perspective of First Nations musical performers.

The community festival will celebrate its 20th year from 11am at the Sidney Myer Music Bowl. The festival will showcase First Nations music, art, craft and culture. Performers include Dan Sultan, Yambra and Doe Eyes.

NAIDOC Victoria will host an Invasion Day Dawn Service at King’s Domain Resting Place from 5am. The event will mark a day of mourning, dispossession, displacement and oppression for Aboriginal and Torres Strait Islander people.

Federation Square will host a day of free, family-friendly entertainment and free food such as coffee, smoothies and ice cream from 10am, with acts including the Daryl McKenzie Jazz Orchestra, Crown Heights and Kofi Kunkpe Music. The day will end with a screening of the Australian Open semi-finals from 7.30pm. 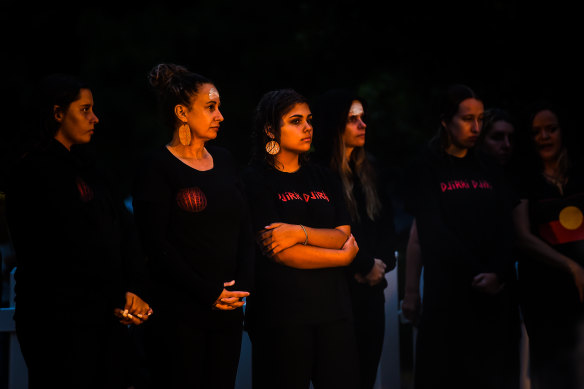 Governor Linda Dessau and acting Premier Jacinta Allan will attend an official flag raising ceremony at Government House in Melbourne, which will be livestreamed from 9.15am. It will feature the national anthem and speeches, with people affected by the floods last year in attendance. An open day will be held on the grounds for the public for the first time since 2020. Gates open from 10.30am.

A 21-gun salute will be fired from the Shrine of Remembrance’s lower forecourt from noon. Salutes are a tradition that began in the early 14th century and are considered a gesture of friendship and trust. They are always fired with an odd number of rounds as this was considered lucky.

Our Survival Day 2023 is a family event held at The Briars in Mount Martha for Aboriginal and Torres Strait Islander people and allies. This year the theme will be “deep listening” and will focus on Indigenous education, cultural entertainment, food and sustainability. The day will begin with a Welcome to Country and smoking ceremony carried out by traditional owners from 12pm.

The Roulettes will fly over the CBD from 12.15 and will carry out an aerobatic display over Kings Domain Gardens and the Shrine.