Whitehall goes woke: Civil Service recognises more than 100 genders, forces staff to have a ‘non-binary network’, ditches ‘mother’ and ‘father’ in emails, and holds a Trans Day of Remembrance

Whitehall civil servants are being sent to gender non-conforming book clubs and told not to call mentally ill people ‘crazy’ in a new wave of wokeness in Westminster.

Staff at the highest levels of government must also mark ‘World Afro Day’ and ‘Bi-visibility day’ within their departments. 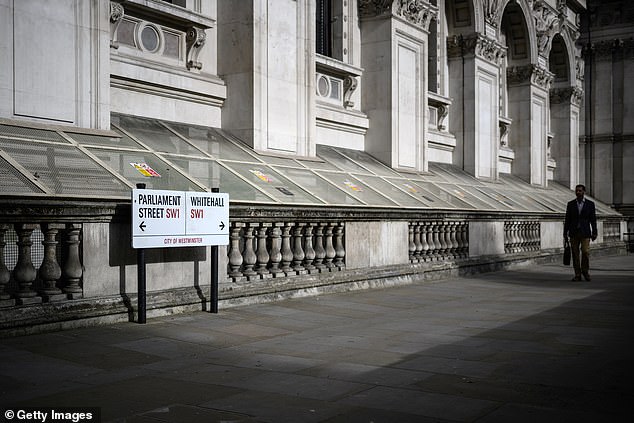 A source told The Telegraph: ‘My colleagues and I were informed by HR that there are over 100 recognised gender identities in the Civil Service as staff are permitted to self identify their gender without any medical input and regardless of biological sex.’

Whitehall HR guidelines in the Department of Health’s Guidance: Gender Identity and Intersex document states ‘all gender identities’ are recognised.

One official said they were told to spend a fifth of their ‘corporate objective’ time working in ‘corporate identity networks’, defined as goals to make the civil service more inclusive.

They said they had to spend five per cent of this time in a ‘non-binary’ network which included attending a ‘gender non-conforming book club’ and celebrating ‘Non-Binary Awareness Week’.

They told the newspaper: ‘I was hired to do trade policy and yet the taxpayer pays me to waste 20 per cent of my corporate work time on this crap.’