Who are Beau Biden's children Natalie and Robert?

Hallie widowed after Beau passed away from a battle with brain cancer, leaving her to raise their two children on her own. 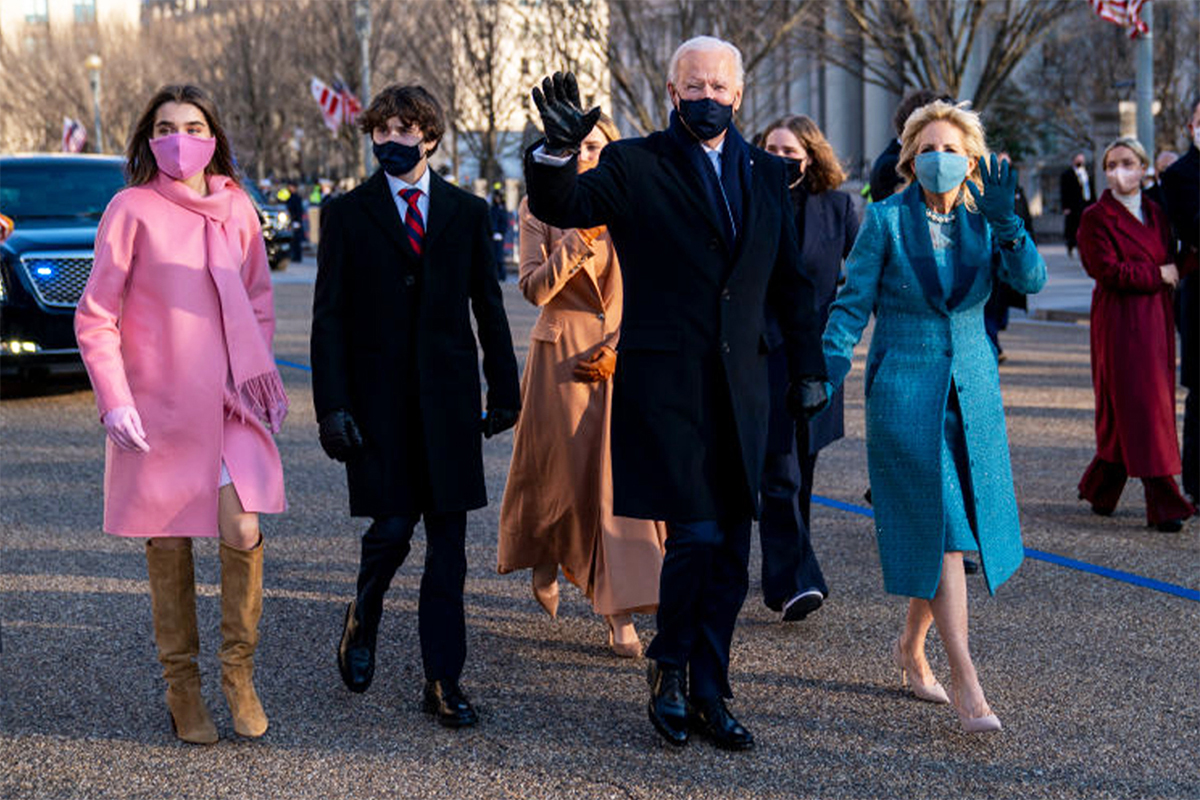 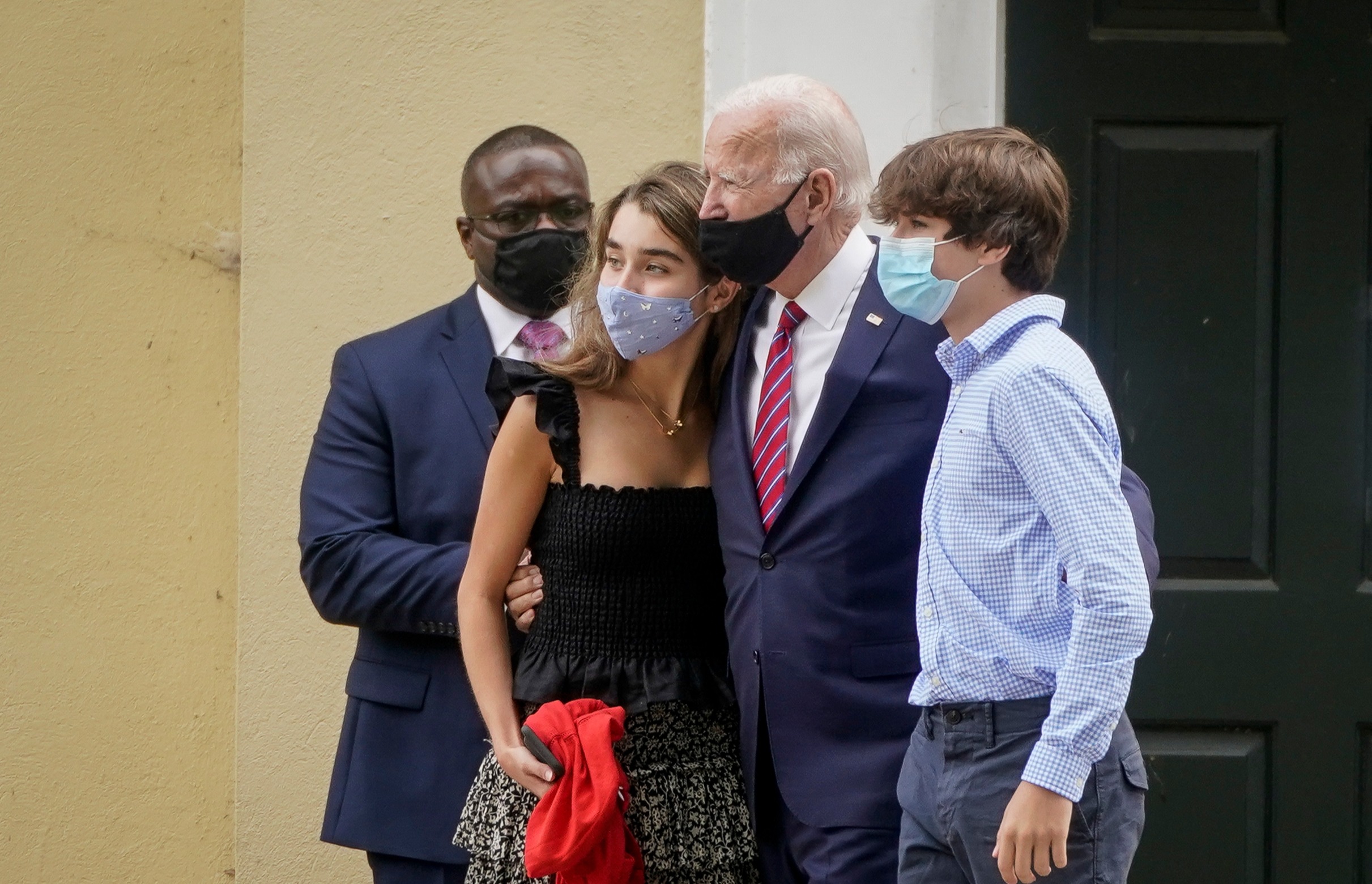 Who are Beau Biden's children Natalie and Robert?

Natalie, 16, and Robert Hunter Biden II, 14, are the grandchildren of President Joe Biden.

The pair are very close to their grandfather and grandmother, First Lady Dr. Jill Biden, who would constantly visit the president and chat about their days.

President Biden confessed to CNN about his relationship with his grandchildren, saying: “Every single day, I speak to all five of my grandkids. Either on the phone, or I text with them.

Adding: “We sit on our back porch and they sit out on the lawn with two chairs there, and we talk about everything that is going on in their day. And talk about being home from school. And who's driving whom crazy, and so on."

Natalie is no stranger to her family’s politics and even got an opportunity to introduce Dr. Jill in a video segment during a virtual 2020 Democratic National Convention, saying: “I would say she’s not your average grandmother. She's a prankster, she's very mischievous." 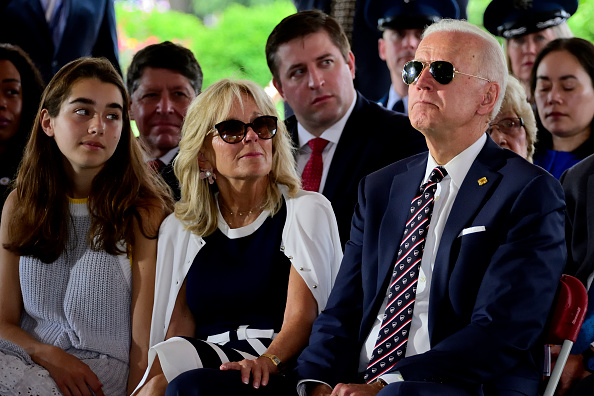 She has also been frequently photographed with Biden as she grew up in the spotlight during his political career.

Her brother Robert is more low-key on social media and does not have any public accounts.

However, he appeared in a video last year reciting the Pledge of Allegiance with his sister and cousins.

He is Biden’s oldest grandson.

Where is Beau Biden buried?

Beau's body was laid to rest at St. Joseph on the Brandywine Church in Delaware.

Approximately 24 hours before Biden was sworn into office on January 20, he cried during an emotional speech at the Major Joseph R "Beau" Biden III National Guard Reserve Center.

Biden dedicated most of his speech to his late son, Beau – who served for two terms as the former attorney general of Delaware and as a Major in the Delaware Army National Guard.

On the day of his father's inauguration, a man was seen kneeling at Beau's grave during the 2021 ceremony.

Alongside the photo, tweeted by a News Journal reporter Patty Talorico, the caption read: "Poignant moment.

"While Joe Biden gave his inauguration speech, a lone man in uniform knelt at the Delaware grave of his son Beau."

Who was Joe Biden previously married to?

Biden was married to Neilia Hunter, the mother of Naomi, Hunter, and Beau Biden.

She and their infant daughter Naomi passed away in a tragic car crash in 1972.

Beau and Hunter were also involved in the accident and were critically injured but survived.

Biden remarried Dr. Jill Jacobs after widowing and had one daughter together, Ashley.