Home » World News » Who does the royal baby Archie share his name with and what does the name mean?

Who does the royal baby Archie share his name with and what does the name mean?

The Sussexes chose a name that few were expecting. So who did they pay tribute to when naming the baby?

The Duke and Duchess of Sussex have not officially said why they have given their son his name – Archie Harrison.

But on May 10 – four days after Archie's birth – it was revealed that Meghan once had a cat called Archie.

The future Duchess of Sussex used to tell friends about her beloved moggie Archie, who ended up fat after being constantly fed frozen grapes.

The pals reckon the newborn’s name could be a nostalgic reference to the pet who was also adored by Meghan’s mum Doria Ragland, 62.

Her pet was named after the title character in US comic Archie, which she collected with dad Thomas, 74.

Archie is the shortened version of Archibald, which is a German name meaning "bold" or "brave".

Harrison is of Aboriginal origin and means "son of Henry" or "son of Harry".

The tot will only be known as a “Master” after Meghan and Harry decided not to give him one of the Duke of Sussex's lesser titles, the Earl of Dumbarton.

This is a signal the couple want their child to be a “private citizen”.

Archie will be eligible to be styled as Prince if his parents wish this when Prince Charles becomes king.

Until then, he will not have HRH or any titles.

Archie was the 15th most popular boys' name in 2018 according to BabyCentre.

In March we revealed the top 10 boys' names of 2019 so far – and Archie did not feature – a fact that may change by the end of the year. 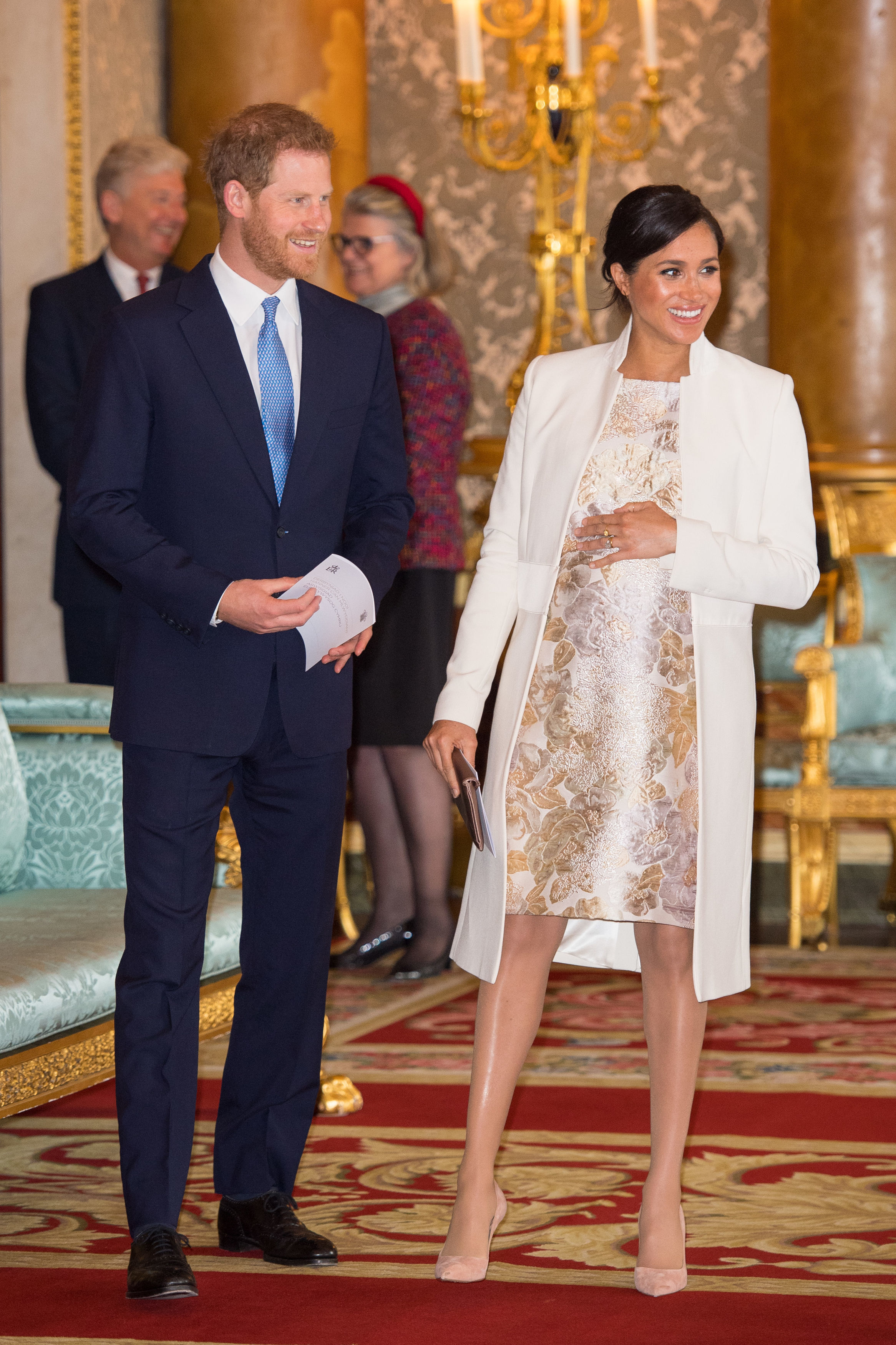 Princess Diana had a Scottish relative who has the same name as the tot.

Archibald Campbell was the 9th Earl of Argyll and lived from 1607 until 1661.

More famous figures include Archie Kao, a US actor, Archie Manning, a former American football player and Archie Andrews – a red-headed comic book character from the comics with the same name.

Could the name have more significance?

One historian has explained how Archie could be a nod to one of his father's titles of Earl of Dumbarton.

The most famous Earl of Dumbarton was the 5th Earl of Angus, Archibald Douglas, who lived from 1449 to 1513.

He received the nickname "Bell-the-Cat" because he was an infamous political operator remembered for killing James III's favourite Richard Cochrane.

Later in his life, Archibald was confined to Dumbarton Castle.

"Their daughter, Margaret, was the grandmother of future King James VI of Scotland/I of England.

"So both Archies are #babysussex's ancestors!"

The Duke and Duchess of Sussex are pleased to announce they have named their first born child: Archie Harrison Mountbatten-Windsor This afternoon Their Royal Highnesses introduced Her Majesty The Queen to her eighth great-grandchild at Windsor Castle. The Duke of Edinburgh and The Duchess’ mother were also present for this special occasion. Photo credit: Chris Allerton ©️SussexRoyal

When was Meghan and Prince Harry’s son born?

Prince Harry made the announcement outside their home of Frogmore Cottage.

Meghan had wanted to give birth in their home on the Windsor Estate but she was smuggled into hospital in a hush-hush police operation.

It is thought she gave birth at Portland Hospital in London

The 37-year-old’s mum Doria was by her side after The Sun revealed she flew over to the UK in April to meet her first grandchild.

Prince Harry said on the day his son was born outside his home: “It's been the most amazing experience I could ever have possibly imagined.

"How any woman does what they do is beyond comprehension. But we're both absolutely thrilled.

"We're both absolutely thrilled and so grateful for all the love and support from everybody out there, it's been amazing, so we just wanted to share this with everybody."

The Duke of Sussex, who was present for the birth of the seventh in line to the throne, added: "I'm so incredibly proud of my wife."

“And as every father and parent would say, your baby is absolutely amazing.

"But this little thing is absolutely to die for so I'm absolutely over the moon.”

Meghan's mum Doria Ragland, who is said to be "overjoyed" by the arrival of her first grandchild, is currently staying with the couple.

Sources close to the family have said that Doria, 62, wanted to be by her daughter's side for the event – especially as Meghan, 37, is classed as a "geriatric mum".

How was the birth announced?

The couple announced the birth of their son on Instagram by sharing a simple blue background featuring the words “It’s a BOY! Their Royal Highnesses the Duke and Duchess of Sussex are overjoyed to announce the birth of their child.”

The image was captioned: “We are pleased to announce that Their Royal Highnesses The Duke and Duchess of Sussex welcomed their firstborn child in the early morning on May 6th, 2019.

The palace officially announced the birth of Baby Sussex shortly after.

Kensington Palace announced the news of Meghan's pregnancy on its official Twitter page in October 2018.

"Their Royal Highnesses have appreciated all of the support they have received from people around the world since their wedding in May and are delighted to be able to share this happy news with the public."

Meghan Markle’s mum Doria then released a statement through Kensington Palace saying she was "very happy" and "looking forward to welcoming her first grandchild".

When asked if Meghan's dad Thomas had been made aware of the news the Palace responded with "no comment".