WHO establishes new scientific body to examine origins of COVID-19

London: The World Health Organisation is establishing a new scientific body dedicated to studying the emergence of novel pathogens, including COVID-19.

The creation of the new scientific advisory group comes after China said it would not co-operate with further studies into the origins of the coronavirus amid renewed speculation that it resulted from a lab leak.

The WHO’s head of emergencies Dr Mike Ryan told a news conference in Geneva that the new body would “consider, analyse and assess” the current knowledge around the origins of the virus, including from the WHO’s mission to China earlier this year. But it would also look at data from labs in other countries where possible infections were detected in late 2019. 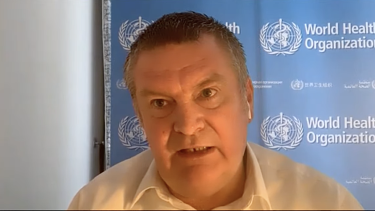 He said the “scientific pursuit” was aimed at “bringing everyone together”.

“Clearly tempers have been frayed over the last number weeks … We need to get the politics out of this,” he said.

“I’m confident that our colleagues in China are very much willing to co-operate on the scientific studies that are needed to further explore the origins.

“I think what’s happened in all of this [is that] the politics have really contaminated the environment and changed the atmosphere.

“And we’re really working very hard behind the scenes to increase the levels of confidence and to get people to recommit to the scientific process.

“We believe we’re making headway on that, although I have to admit that has not been easy given some of the rhetoric we have experienced over the last weeks and months.”

The WHO and its Director-General, Tedros Adhanom Ghebreyesus, have come under heavy criticism for the slowness to alert the public to the virus’ rapid spread during the early days of the outbreak and that the virus was passing between humans.

The first WHO field mission team that reported in March concluded that a lab leak was unlikely. That prompted a fierce backlash from the international community, which said the WHO study was “significantly delayed and lacked access to complete, original data and samples”.

Tedros has subsequently said that all hypotheses remain on the table and that it was premature to rule out a lab leak as a cause of the pandemic, which has killed millions and resulted in economies around the world shutting down to try and curb the virus’ spread.

The Director-General attended Thursday’s virtual news conference but chose not to answer a question about the WHO study.

Later this month, the US intelligence community is expected to complete a 90-day review of the evidence about the origins of the coronavirus, including the possibility that it emerged from a Chinese lab.

The lab leak theory was first promoted by the former Trump administration but has been the subject of renewed interest under the Biden administration.

China has punished Australia for calling for an independent inquiry into the origins of COVID-19 by slapping billions of dollars of trade tariffs on Australian barley, coal and wine.

It has also tried to accuse other countries of being the source of the first infection despite Wuhan being the epicentre of the first COVID-19 outbreak. Wuhan hosts the Institute of Virology which specialises in bat viruses similar to COVID-19.

Stay across the most crucial developments related to the pandemic with the Coronavirus Update. Sign up to receive the weekly newsletter.