HEIDI Crowter has Down’s syndrome and is also an abortion law campaigner.

She, along with two other claimants, though have lost their legal battle against the government. 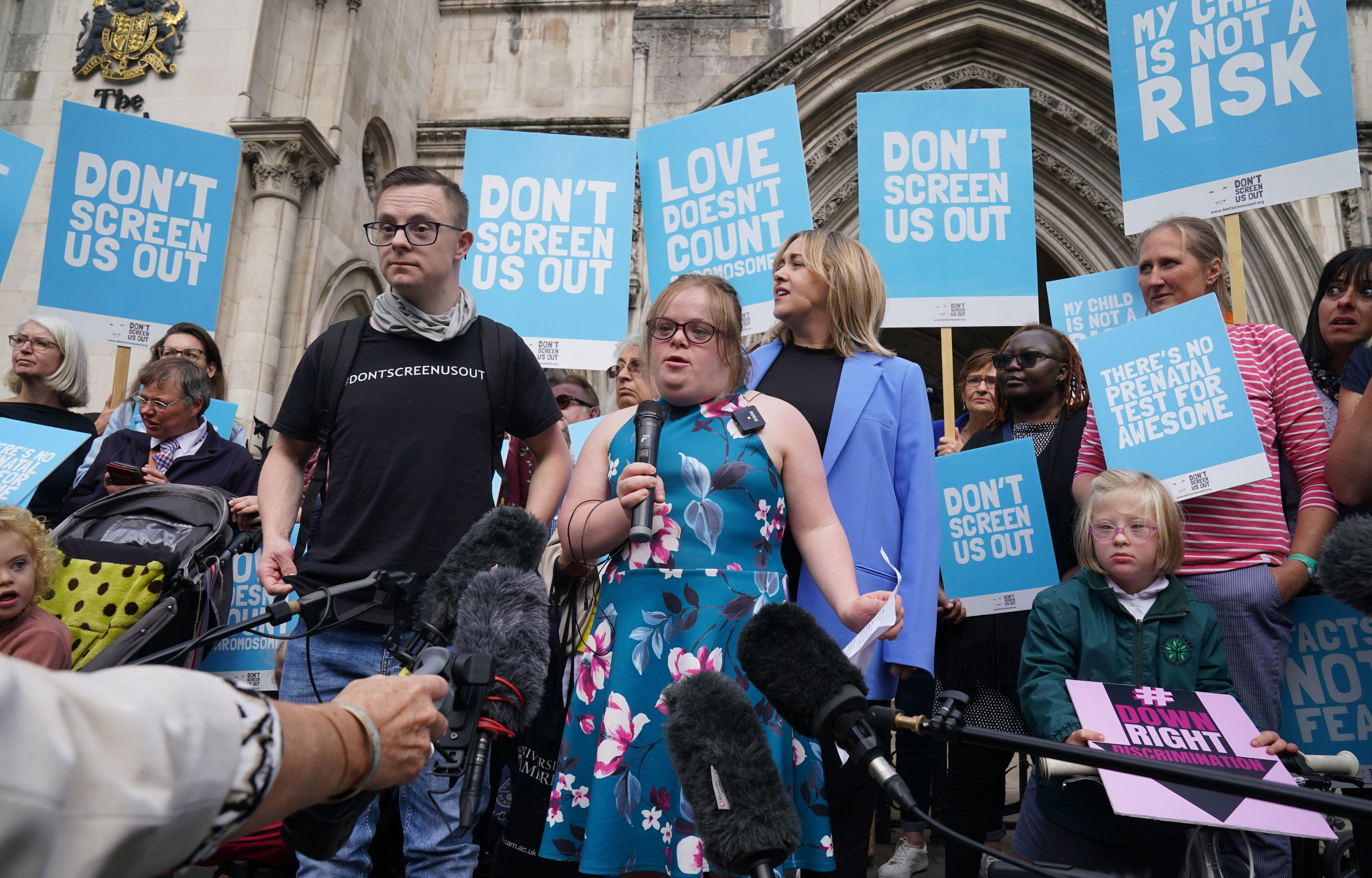 Heidi Crowter, 26, from Coventry, had taken her battle with the Department of Health and Social Care to the High Court, claiming the 1967 Abortion Act did not respect her life.

She lives independently and recently got married to James Carter, 28, according to the PA news agency.

Crowter and the other claimants wanted to have a section of the Abortion Act removed.

Under the legislation, abortions in England, Scotland and Wales are permitted within the first 24 weeks of pregnancy.

But the Act allows for abortions to take place up until birth if there is “a substantial risk that if the child were born it would suffer from such physical or mental abnormalities as to be seriously handicapped”, which includes Down’s syndrome.

Lawyers for the Down’s syndrome campaigners argued in a two-day High Court hearing in July argued the law is unlawfully discriminatory and incompatible with the European Convention on Human Rights.

Crowter, speaking outside court at the time of the hearing said: “I am someone who has Down’s syndrome and I find it extremely offensive that a law doesn’t respect my life, and I won’t stand for it.

“I want to change the law and I want to challenge people’s perception of Down’s syndrome. I want them to look at me and say ‘this is just a normal person’.

“That’s what this is about. It’s about telling people that we’re just humans with feelings.”

Surrounded by supporters outside the court in central London, she added: “When Wilberforce wanted to change the law on slavery, he didn’t give up, even when events didn’t always go his way.

“And when the going got tough, he kept going, and I’m going to do the same, because I want to succeed in changing the law to stop babies like me… being aborted up to birth, because it's downright discrimination.”

Another claimant in the case, Maire Lea-Wilson, 33, whose son Aidan has Down’s syndrome said: “I was 34 weeks pregnant when I discovered Aidan had Down’s syndrome, and I was asked if I wanted to terminate the pregnancy, in the context of a lot of medically biased information, and my own grief, three times.

“The last time I was asked to terminate the pregnancy was two days before he was born.” 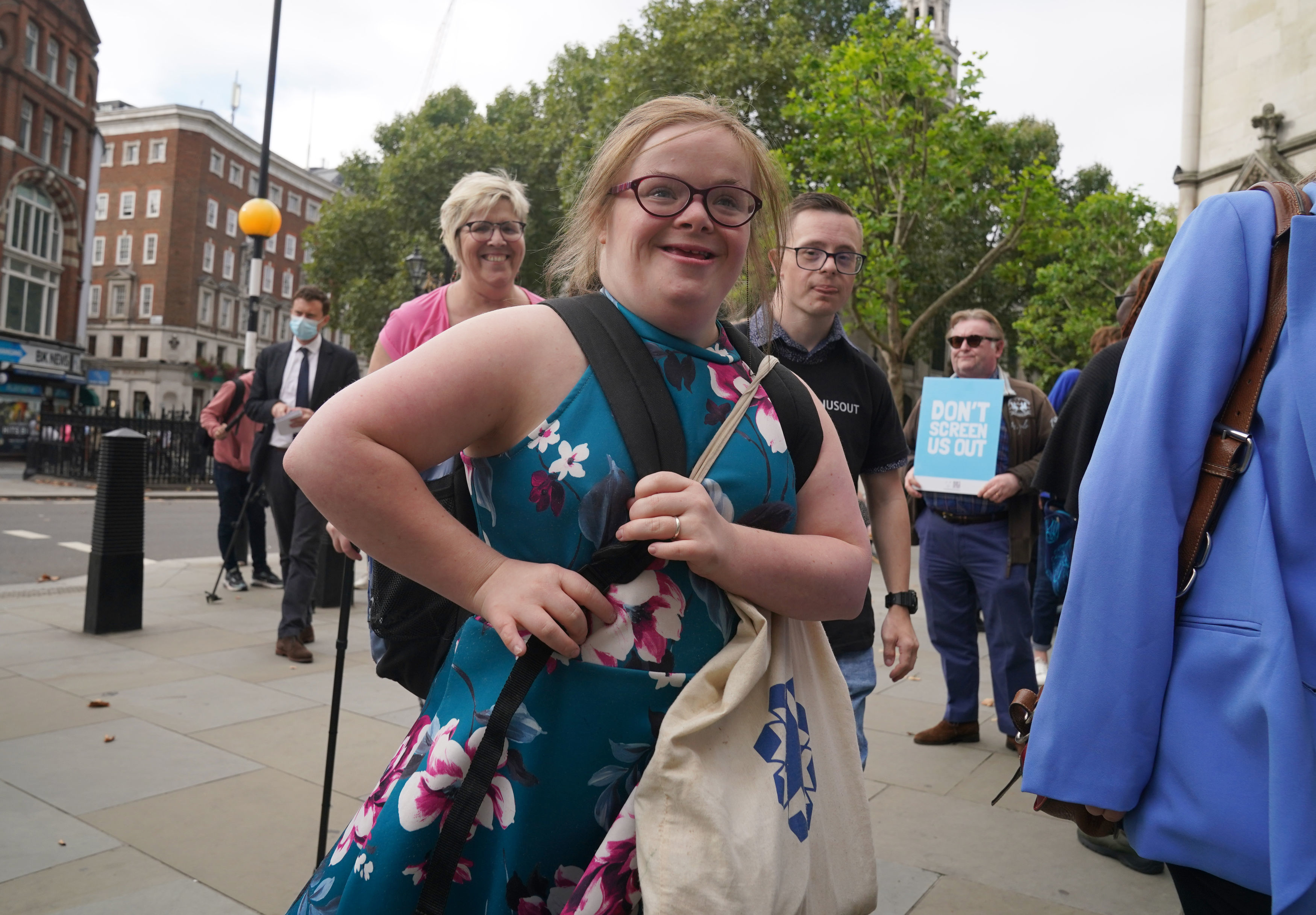 What has happened in court?

The legal challenge was rejected by Lord Justice Singh and Mrs Justice Lieven in a ruling handed out on September 23, 2021.

They ruled the law was not unlawful and aimed to strike a balance between the rights of the unborn child and of women.

Lord Justice Singh and Mrs Justice Lieven said: “The evidence before the court powerfully shows that there will be some families who positively wish to have a child, even knowing that it will be born with severe disabilities.

“But the evidence is also clear that not every family will react in that way. As it was put on behalf of the defendant, the ability of families to provide a disabled child with a nurturing and supportive environment will vary significantly.

“The evidence is also clear that, although scientific developments have improved and earlier identification may be feasible, there are still conditions which will only be identified late in a pregnancy, after 24 weeks.”

Speaking after the ruling Crowter said: "I am really upset not to win but the fight is not over.

"We face discrimination every day in schools, in the workplace and in society.

"And now, thanks to this verdict, the judges have upheld discrimination in the womb too.

"This is a very sad day but I will keep fighting.

The claimants’ lawyer, Paul Conrathe, a solicitor at Sinclairslaw, said his clients intend to appeal the decision.

He said: “The judgment fails to recognise the damaging impact UK abortion legislation has upon the mental health and wellbeing of people with Down’s syndrome.

Lynn Murray, spokesperson for campaign group Don't Screen Us Out and mother of Rachel, who has Down's syndrome, said: "It's inspiring to see that Heidi and Maire are now planning on taking this case to the Court of Appeal."

She added: "The provision in the Abortion Act harks back to a time when we thought it was better for people with disabilities not to be part of our society.

"We're a far more progressive society now, we realise that diversity is healthy, and all of our laws should reflect that."