Home » World News » Why the Queen will be buried in the tiniest, plainest sanctuary in the world’s largest occupied castle

Why the Queen will be buried in the tiniest, plainest sanctuary in the world’s largest occupied castle

London: Queen Elizabeth II’s long journey through life and reign and the elaborate, gilded rituals in the days beyond her death, will end in the tiniest, plainest sanctuary in the world’s largest occupied castle.

There, in a private corner of Windsor Castle – 35 kilometres west of central London on the River Thames, safe haven of Elizabeth Windsor’s youth during World War II, a favoured weekend retreat for much of her life and her permanent home for most of the past two pandemic years – she will be buried alongside her father, her mother and her sister. 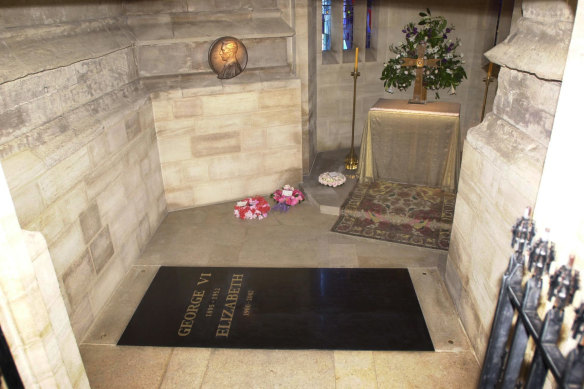 A fifth now, too.

The Earthly remains of Prince Philip, Duke of Edinburgh, the late Queen’s “strength and stay”, will be moved into the miniature King George VI Memorial Chapel at Windsor Castle to be reburied with his wife of almost 74 years.

After all the rich pageantry, medieval costumery and solemn ceremonies of the past week, this will be the most modest of burials.

No one outside the immediate royal family will witness it. Indeed, it would be physically impossible to accommodate other mourners.

The memorial chapel is so small that after Queen Elizabeth and Philip are interred, there will be no space for more burials there.

The memorial chapel, built in 1969 on Queen Elizabeth’s orders as the final resting place of George VI, is an attachment to the vastly grander St George’s Chapel, the construction of which was started in 1475 by Edward IV and was completed by Henry VIII in 1528.

The last public act of a week of choreographed regal events since Queen Elizabeth’s death will be staged in this large and ancient St George’s Chapel in the middle of Monday afternoon, following the state funeral at Westminster Abbey.

Here will be a committal service attended by prime ministers and governors-general from Commonwealth countries, including Anthony Albanese and the vice regal representative in Australia, David Hurley, the Queen’s household past and present, including personal staff who work or have worked on the private estates, and senior members of the royal family.

The coffin will sit for the last time on its catafalque, the glittering Imperial State Crown, the Orb and the Sceptre atop while the Dean of Windsor conducts the service and hymns are sung by the choir of St George’s Chapel.

As the final sacred song dies away to an echo, and the crown, orb and sceptre are removed, King Charles III will place The Queen’s Company Camp Colour of the Grenadier Guards on his mother’s coffin.

Elizabeth, living at Windsor Castle when a mere princess aged 16, was made by her father Colonel of the Grenadier Guards and remained so for the rest of her life.

The last public sight of the late Queen’s coffin will be as it is lowered through an opening in the floor of St George’s Chapel into the Royal Vault below, where dozens of royal figures have been interred since the 15th century.

It is where the Duke of Edinburgh has lain since his funeral at the chapel on April 17 last year, when the Queen cut a lonely figure, condemned by the Covid pandemic to sit bereft and alone.

But the late Queen will not remain in the vault. Nor will her late husband.

Within hours of the last mourners departing, her coffin will be retrieved and taken into the little memorial chapel she had built all those years ago.

The Queen’s wish to be buried in the same place as her father and mother is an echo of Princess Margaret’s final desire.

Perhaps the sisters carried within their hearts memories of carefree childhood, when their father called Elizabeth his “pride”, and Margaret “his joy”. 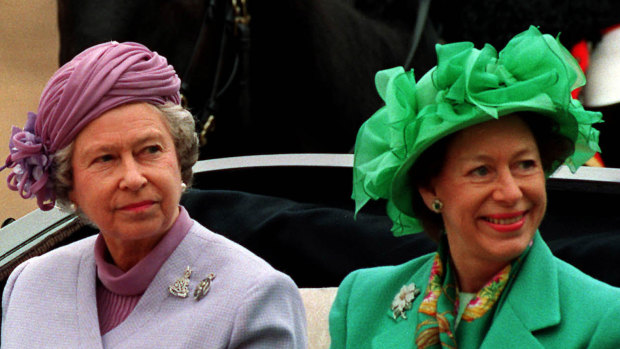 The ashes of the Queen’s sister, Princess Margaret, are also in the chapel.Credit:AP

Princess Margaret, who died in 2002, was so intent on being placed in the little chapel she left orders, it was reported at the time, that she be cremated, knowing there would not be enough room for an extra coffin once Elizabeth and Philip’s grave joined that of her father and the Queen mother.

“Princess Margaret was cremated, one of the first members of the royal family, because she wanted to be buried between her parents and there was only room, really, for ashes,” Lady Glenconner revealed.

And so it came to pass. 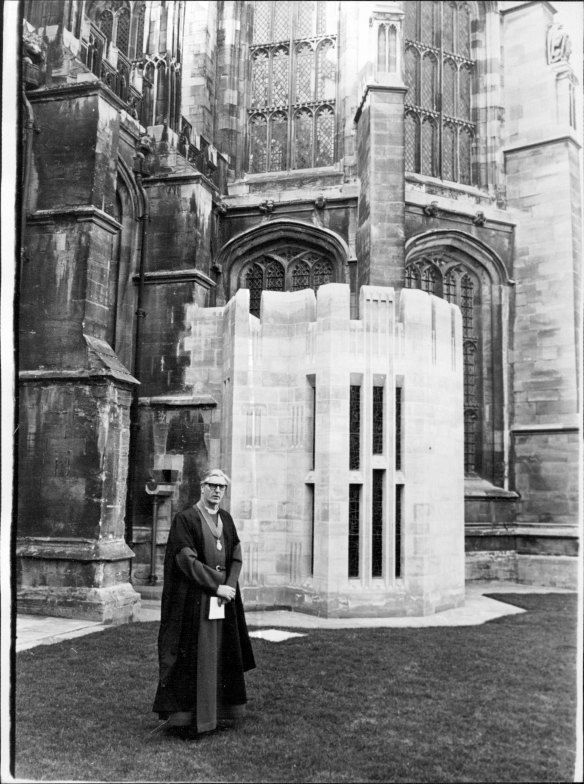 The exterior of the chapel, which was an extension to the St George’s Chapel at Windsor Castle. Credit:United Press International

The coffin of George VI, who died in 1959, had been moved from the Royal Vault to the little memorial chapel soon after it was built.

His wife Elizabeth, the Queen Mother, died at 101 a month after Margaret, and was entombed with her late husband, Margaret’s ashes alongside.

And now Queen Elizabeth is on her way to the family chapel, “we four” together.

Within days, the Duke of Edinburgh will be placed in the same resting place.

The final enactment of the latest Elizabethan era will be complete.