Home » World News » Will there be another lockdown after Christmas?

Will there be another lockdown after Christmas?

BORIS Johnson has come under increasing pressure to impose sterner restrictions as Covid-19 cases have been rising due to the spread of the Omicron variant.

The Prime Minister though has vowed not to impose a lockdown before Christmas, but will there be another lockdown for the UK after December 25? 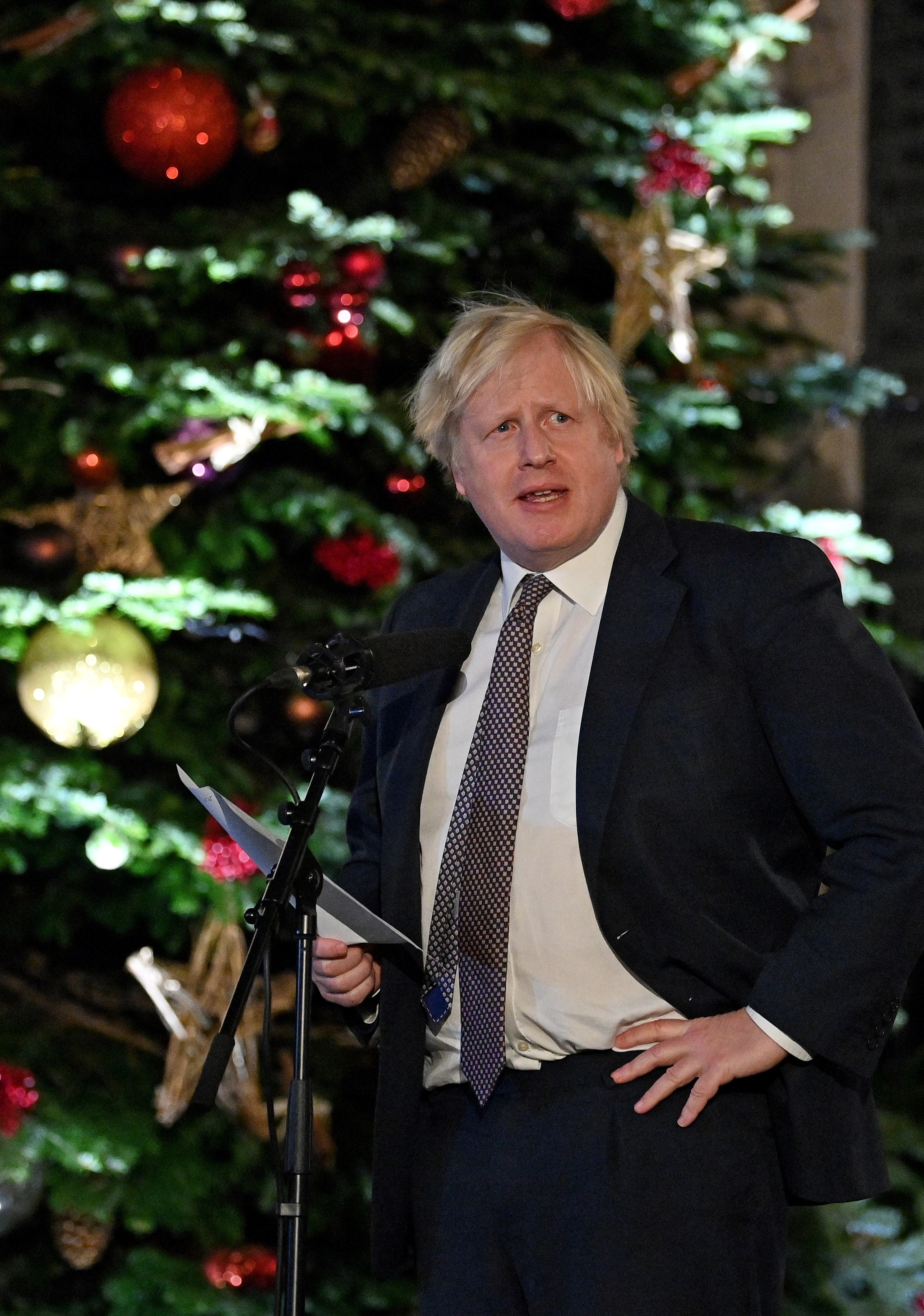 Will the UK go into another lockdown?

Johnson has said there will not be a lockdown before Christmas.

However, as the Omicron variant continues to spread rapidly throughout the UK, the Prime Minister said tougher restrictions may needed to be brought in after Christmas day.

Mr Johnson said in a video on Twitter on December 21: "There is no doubt that Omicron continues to surge with a speed unlike anything we’ve seen before.

"The situation remains extremely difficult but I also recognise that people have been waiting to hear whether their Christmas plans are going to be affected.

"So what I can say tonight, is that naturally we can’t rule out any further measures after Christmas – and we’re going to keep a constant eye on the data, and we’ll do whatever it takes to protect public health.

"But in view of the continuing uncertainty about several things – the severity of Omicron, uncertainty about the hospitalisation rate or the impact of the vaccine rollout or the boosters, we don’t think today that there is enough evidence to justify any tougher measures before Christmas.

"We continue to monitor Omicron very closely and if the situation deteriorates we will be ready to take action if needed.

"What this means is that people can go ahead with their Christmas plans but the situation remains finely balanced and I would urge everyone to exercise caution, to keep protecting yourselves and your loved ones, especially the vulnerable."

Among the proposals being considered are a two-week circuit-breaker, which would include a ban on meeting friends and family indoors.

This could include plans that will prevent Brits meeting others indoors except for work purposes.

Pubs and restaurants would be limited to outdoor service only if the scheme is given the green light.

🔵 Read our Covid-19 live blog for the latest updates

Other reports suggest Mr Johnson has been presented with a range of options for 'plan C', ranging from "mild guidance to nudge people, right through to lockdown".

Which area of the UK has the most cases?

As of December 21, the worst affected area in the UK is London.

Cases in the capital continue to rise drastically, and in the week leading up December 16, the most recent data available on the Government’s interactive map, there were more than 4,400 cases per 100,000 in Lambeth, southwest London, alone.

This is quickly followed by Clapham South, which has seen the virus spread to 3,229 cases per 100,000 people.

Outside of London, the virus has taken hold of the rest of southeast England too.

Another hotspot has proved to be the northwest of England, where there are a reported 1828 cases per 100,000 people in the city centre of North & Collyhurst.

Johnson told Brits to get their booster jabs as soon as they can, after long snaking queues were seen at vaccine centres across the country.

The Sun is also urging readers to sign up to the Jabs Army campaign to make the rollout as smooth and fast as possible.

A record 93,000 Brits were newly-infected with coronavirus on December 17, 2021.Tens of thousands of Brits will be isolating this Christmas as a result of the spike.

What has Boris Johnson said on lockdown?

Johnson has said a "considerable wave" of cases is sweeping in – but stood firm on tougher rules this side of Christmas.

“We are not closing things down but we do think people need to be cautious.”

Johnson has refrained from telling people to stop enjoying their festivities, saying “we're not closing hospitality, we're not cancelling people's parties or their ability to mix”.

He said people should instead “be careful before they go” – meaning to take a lateral flow test at home.

However, he urged everyone to get their booster – and warned the mutation is "a very serious threat to us now".

On a visit to a vaccination centre in Hillingdon, West London, he said: "People have got to be prepared and they have got to understand what it entails."

And he said Brits must be "prudent".

"You need to think about your budget of risk," he said. 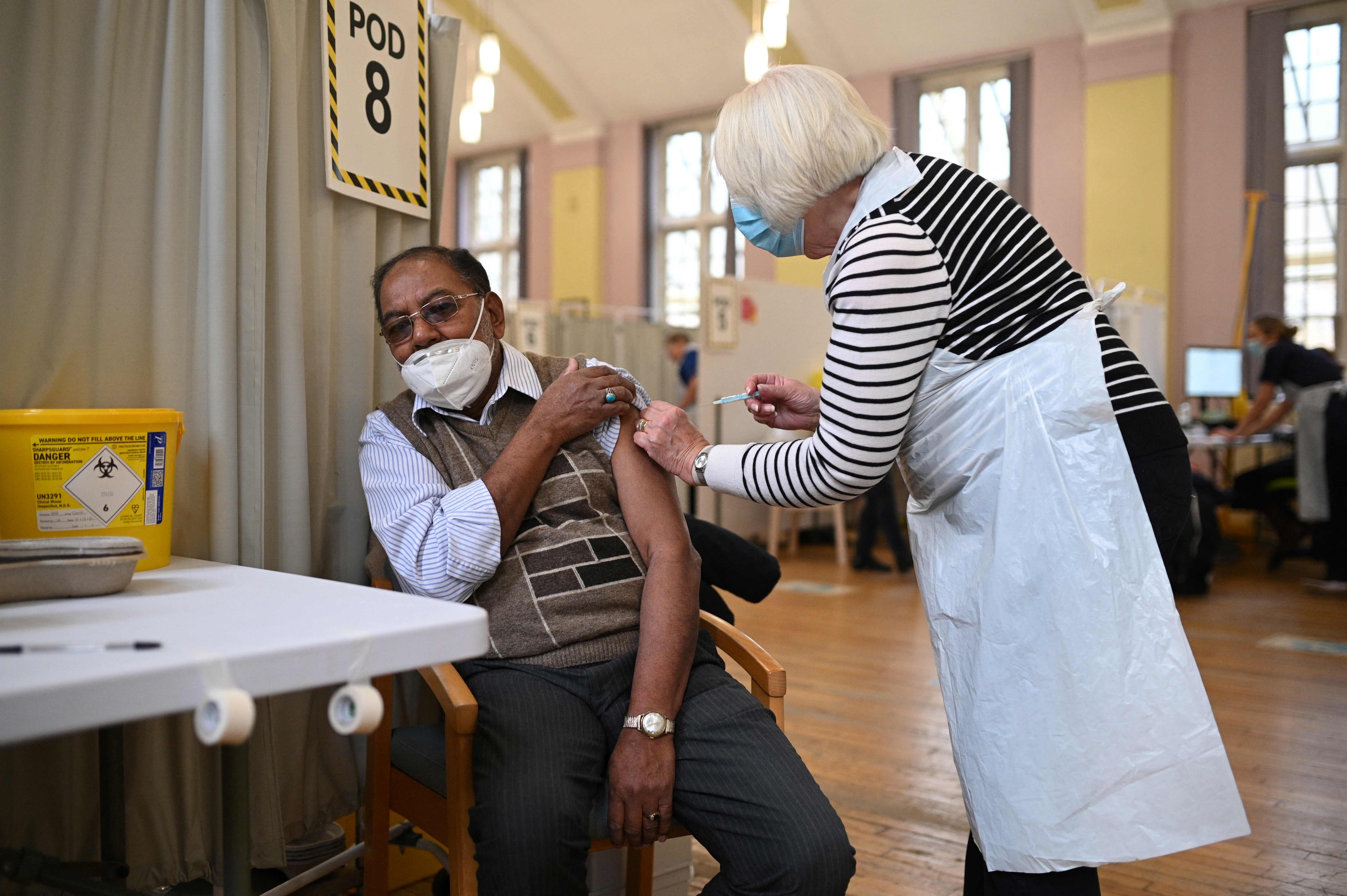 Why are Covid cases increasing rapidly?

The Omicron variant now makes up almost half of cases across England and is driving a tidal wave of infections.

The strain has overtaken the previously-dominant Delta variant in the space of a month or so.

Professor Tim Spector, lead scientist on the ZOE Covid Study app, said: “Omicron is set to be the dominant strain in the UK by Christmas, and in the New Year cases could hit a peak higher than anything we’ve ever seen before.

“In London cases have been rising rapidly, but this will likely slow down soon, as people change their behaviour, such as wearing face masks again, cancelling parties and working from home more.

“Hopefully people now recognise the cold-like symptoms which appear to be the predominant feature of Omicron.”

Health Secretary Sajid Javid has previously said that the window between infection and infectiousness may be shorter for the Omicron variant, making it able to spread faster.