As part of a progressive push, a Wisconsin jail will encourage staff to stop describing convicted or accused criminals incarcerated at the facility as “inmates,” and to instead refer to them as “residents” or “those who are in our care,” the newly elected sheriff announced Tuesday less than 100 days after taking office.

Hosting a press conference outside the Public Safety Building in Madison, Dane County Sheriff Kalvin Barrett said he’s making the change after meeting with former offenders through the nonprofit Nehemiah Center for Urban Leadership Development who described how being referred to as “inmates” or “convicts” while incarcerated creates a stigma that increases barriers when reentering society.

“I view this change in name as a way to humanize those who are within our care,” Barrett said, according to the Wisconsin State Journal. The sheriff argued that his office’s “change in philosophy” will reduce recidivism and represents a “small step” in influencing how those incarcerated view themselves.

“This proactive approach to our criminal justice reform is going to allow us to move toward a 21st-century policing mindset in which we treat everyone within our community with dignity, respect and humanity,” Barrett continued, according WSYX, describing the new policy at Dane County Jail.

“As your sheriff, I believe our philosophies, policies and practices should be proactive and not reactionary like many other areas of our criminal justice system,” Barrett added, according to WMTV, arguing that other law enforcement agencies around the country have made similar changes to eliminate the antiquated term. “The Dane County Sheriff’s Office is a national leader in appropriate progressive reform, and many follow our lead.” 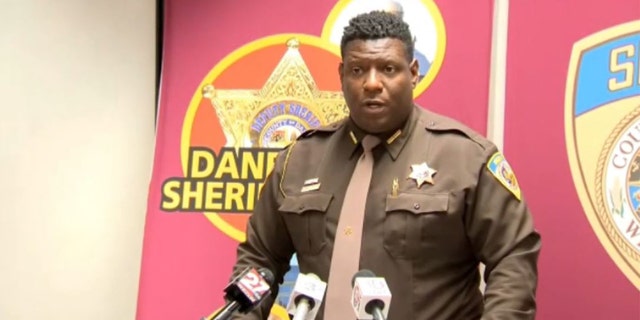 Dane County Supervisor and Democratic state Rep. Sheila Stubbs said at the press conference that it was important for jail employees to give incarcerated individuals “a sense of belonging.”

“We need to give people back the wholeness they deserve,” she said. “Changing the name of inmate to resident gives them a sense of belonging.”

Meanwhile, Barrett declined to take a stance or provide updates on the ongoing $148 million jail-consolidation project, the Wisconsin State Journal reported. It’s projected to go millions over budget again amid rising costs for construction materials, and faces further delays amid other county initiatives to reduce the overall jail population, The Cap Times reported.