Bizarre footage shows the moment a green-fingered thief uses a wheel barrow to steal plants and garden ornaments from her neighbours’ gardens at night.

The extraordinary scenes unfolded in the early hours of Sunday morning on Church Road in Tranmere, Birkenhead, Merseyside.

In the video the woman is seen stumbling along under the sheer weight of the objects she appears to have pilfered with her wheelbarrow.

She is seen stopping to re-arrange the items in her barrow for several minutes before casually carrying on her journey.

One resident claimed: ‘She looked like she’d just come from a garden centre..’

It is believed the suspect made two separate trips.

One of the victims, who asked not to be named, said: ‘She stole all of our plant pots, trees, as well as snapping my hanging basket from the bracket.

‘She brought scissors to cut down my wreath as it was cable tied on.

‘She also stole five plants out of the soil from my neighbour opposite. She clearly came prepared and walked away with all in a wheelbarrow.’ 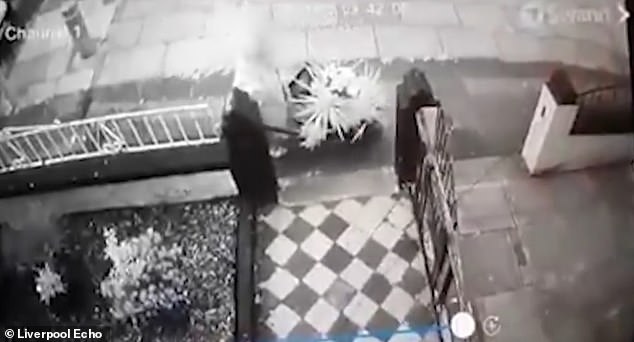 Police are investigating after neighbours in Tranmere, Birkenhead, shared footage of a woman with a wheelbarrow full of plants in the middle of the night

Police confirmed an investigation was ongoing into the reported theft of plants and garden ornaments in Church Road after footage was widely shared on social media.

Inspector John Fitzgerald said: ‘We’re aware of a video in circulation and enquiries are ongoing in respect of this and other similar incidents.

‘If you live in the area and have any information, footage or think you may have also had items stolen, please let us know. 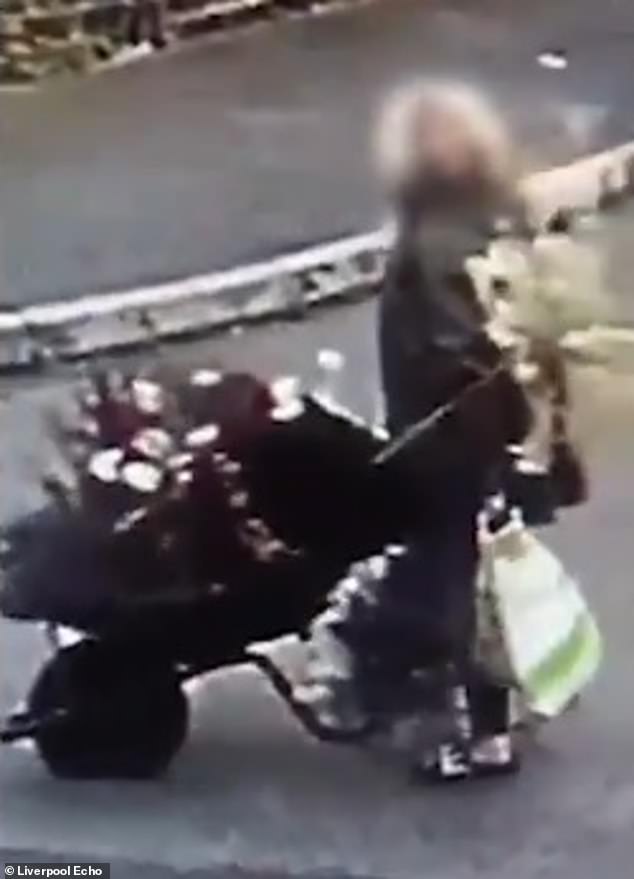 ‘I’d also like to emphasise to anyone on social media to pass information to police directly, and not share or post comments which could compromise our investigation. You can speak to us directly or anonymously via Crimestoppers.’

You can also contact the independent charity Crimestoppers anonymously, on 0800 555 111.