A woman protested outside NatWest after she was ‘put through hell’ when the bank failed to close her dead mother’s account and transfer funds so she could pay for the funeral.

Donna Parker-Morris stood outside the NatWest bank on Coney Street in York holding a sign which read: ‘NatWest pay out for my mothers funeral.’

Ms Parker-Morris said she had resorted to ‘fighting with NatWest’ since her mother, Sandra Parker, died of a heart condition aged 71 in July.

She has been calling on the bank to close her mother’s account and send through the funds to hers so that she can afford the funeral, paperwork and bills.

A few hours after protesting outside of the store on Wednesday, NatWest transferred the funds to Donna’s account and closed her mother’s account.

The bank has apologised to her for ‘the poor service’ and offered compensation for ‘the hurt caused’.

Ms Parker-Morris said: ‘I went into the branch on July 22 to close her account and I’ve been fighting them ever since.’ 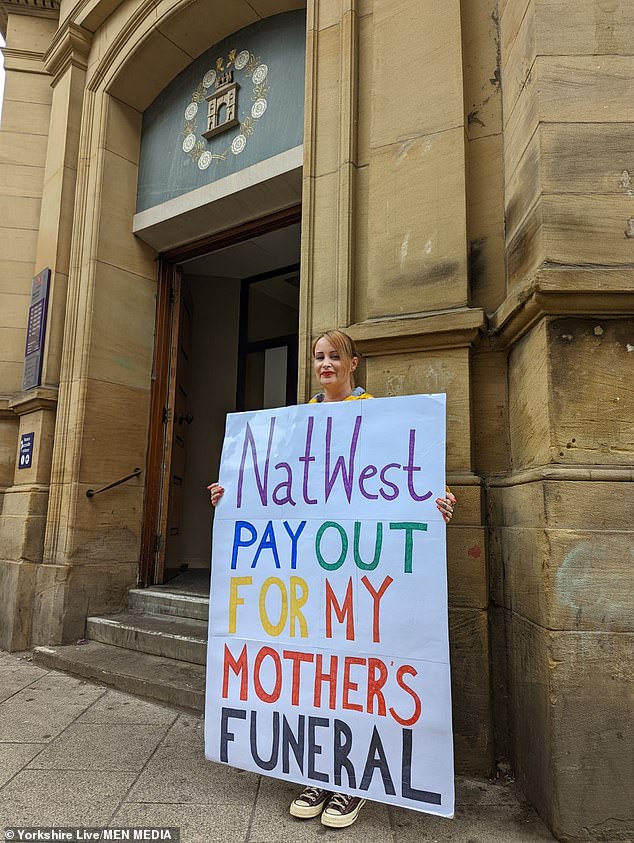 She said she was told by NatWest that they would pay the funds into her account on August 19 on four occasions but when the day came it did not happen. She said that they then told her they would send over an emergency transfer to help pay for the funeral on Monday but this also did not happen.

The Yorkshire woman, who is the executor of her mum’s will, said: ‘They’ve just lied to me basically and made it impossible for me to complain because I couldn’t submit an online complaint form because I’m not a NatWest customer, even though clearly my mum was.’

Ms Parker-Morris said she then was redirected to numerous departments by the company when trying to make a complaint, adding: ‘I’ve done everything I possibly can and just not got any response. It’s been a long process.’

She said that she had planned to take this week off work to organise and pay for her mum’s funeral and so, after not receiving the funds, had decided to protest as a ‘last resort’. 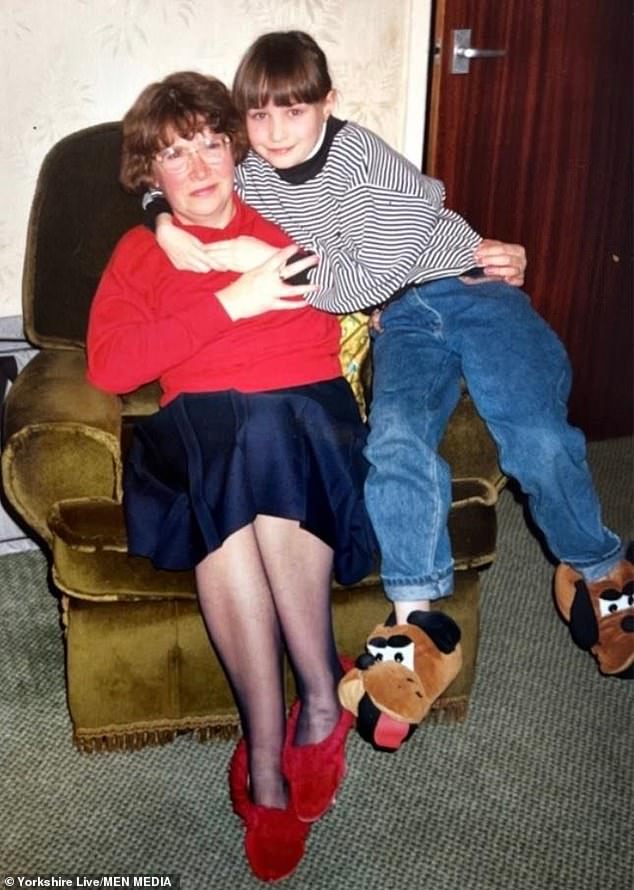 Ms Parker-Morris (pictured above) with her late mother. NatWest apologised for ‘not dealing with [the] matter more quickly’

She said: ‘I just want a more clear complaints procedure. I want them to make the bereavement process a lot easier because if you’ve lost a loved one then why on earth would they put you through this hell and constantly lie to you?

‘I’ve wasted a week off now and there’s been so much emotional stress. I’ve not had this problem with anyone else I’ve had to deal with during the bereavement process – just NatWest.’

After arriving at the bank on Coney Street at 10am when it opened, Donna said that the bank manager provided her with an emergency fund to help for the funeral costs. Later in the day NatWest closed the account and transferred the money to Donna’s account.

Ms Parker-Morris said: ‘It’s amazing what will happen when they are put in the public eye. I’ve made numerous complaints through different avenues and they’ve not done anything or even responded and it’s sad that it’s only now that they’re taking notice.

‘It proves it does work but of course it’s a last resort. It’s sad they couldn’t have done this weeks ago as promised.’

A spokesperson for NatWest said: ‘We’re sorry for not dealing with this matter more quickly and the poor service that has been received. We’ve now processed the transfer of funds for Ms Parker-Boyes and offered compensation for the hurt caused.’