The woman charged with murder over the deaths of a couple and their baby daughter killed in a house fire in Melbourne’s west has pleaded not guilty and will stand trial.

Jenny Hayes, 46, was arrested the morning after a blaze at a Point Cook property on December 2 killed Abbey Forrest, 19, Inderpal Singh, 28, and the couple’s three-week-old daughter, Ivy. 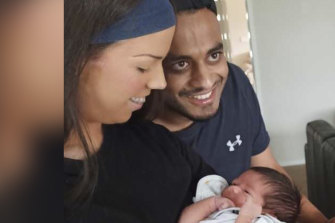 Ms Hayes sobbed as she appeared before Melbourne Magistrates Court on Monday, via a video link from prison, and pleaded not guilty to three counts of murder and three of arson causing death.

Magistrate Timothy Bourke remanded the accused woman in custody to appear before the Supreme Court next week so a date for her trial can be set.

Ms Forrest and Mr Singh had moved in to the Totem Way house just weeks before the blaze, around the time of Ivy’s birth.

Neighbours spoke after the fire of frantically trying to hurl an axe and throw rocks through the house’s jammed upstairs window after they heard screams for help. 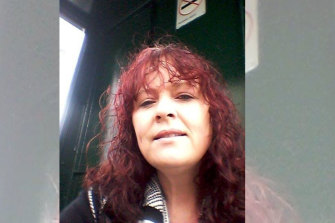 Catch all the day’s headlines