Woman's screams at spider attract attention of the police

A woman’s screams when she found a giant spider in her bed caused the police to rush to her house.

Hollie Hunter, 30, discovered spider she claims was the size of her hand at the end of her bed.

Neighbours heard her screaming just before 10.30pm on Monday and dialled 999.

Five police officers turned up on the doorstep of her home in Livingston, West Lothian in Scotland, ahead of her stepfather who she had called for help who was on his way. 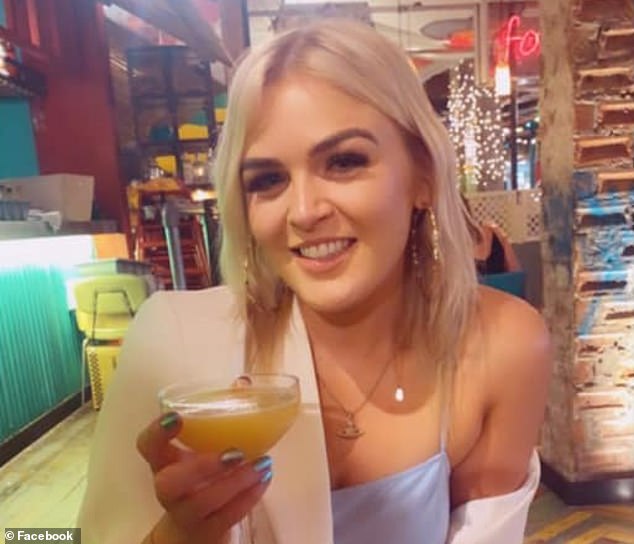 Hollie Hunter, 30, screamed so loudly when she discovered a spider in her home in Livingston, West Lothian in Scotland, that the police were called

Hollie said: ‘I’d just spent 40 minutes trying to get rid of a moth to then come back into my bedroom and find a massive spider at the bottom of my bed.

‘I’d honestly say it was the size of the palm of my hand.

‘I was launching books at it, and when it ran towards me I screamed and started running to different rooms.

‘I think I was screaming and crying and making such a racket that my neighbour thought I was being attacked.’

Stunned Hollie was grateful when cops got there in two police vans — but mortified about neighbours hearing her screaming. 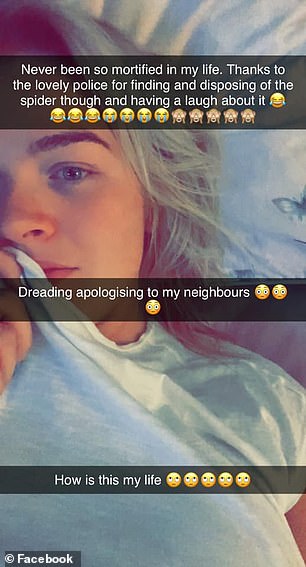 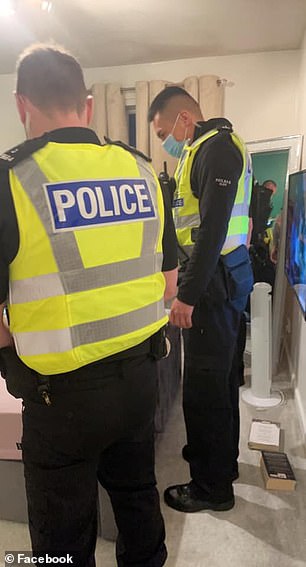 Neighbours heard her screaming just before 10.30pm on Monday and dialled 999

Pensions administrator Hollie said: ‘I looked through the peephole and five policemen were standing there.

‘I opened my door, and before they could say anything I just cried: ‘I’m so sorry there’s a spider under my bed and I’m petrified.’

The perplexed officers asked if there was anyone else in the flat.

Hollie told them: ‘No, just me and the spider.’

Police then turned the mattress upside down in a bid to hunt out the critter. 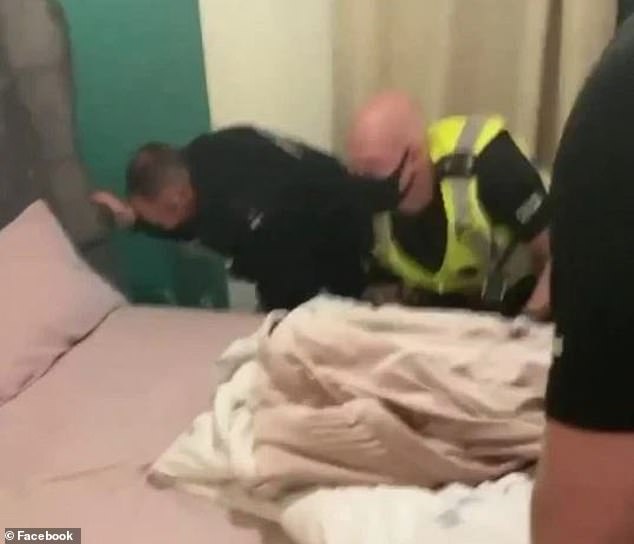 Hollie said: ‘While they still had my bed in the air, the spider strolled out into the hall.

‘One of the officers picked it up with his hand and took it outside with him — not without laughing at me.

‘It was crawling about his arm as he was walking out the door.’

A Police Scotland spokesperson said ‘Around 10.20pm on Monday, 30 August, we received a report of a disturbance within a property in Livingston.

‘Officers attended and the disturbance was found to have been about a spider being in the house.

‘Suitable advice and assistance was provided and the spider was located and removed.’