World's most expensive fish photographed off the English coast

World’s most expensive fish are spotted off the English coast: Bluefin tuna, which can sell for millions of pounds, are photographed leaping from the sea by stunned kayaker

Putting on a rare display, bluefin tuna leap out of the glistening waters as they feast on smaller fish.

Dozens were spotted off the Devon coast by kayaker Rupert Kirkwood, who photographed them splashing for two hours.

But then Atlantic bluefin are no strangers to a feeding frenzy. Their Pacific cousins are a favourite in the sushi restaurants of Japan. 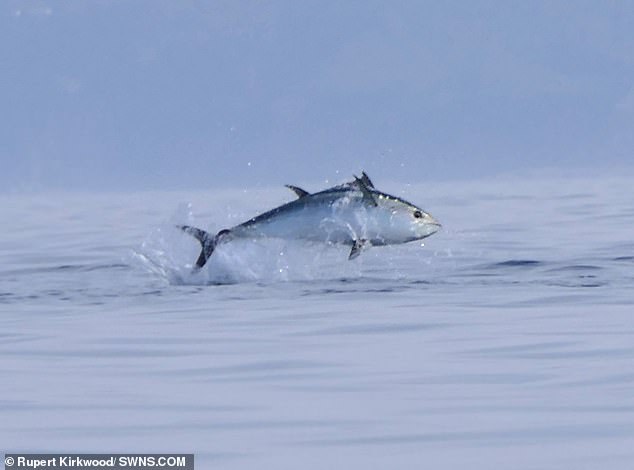 Bluefin tuna, the most valuable fish in the world, were spotted leaping out of the water three miles off Plymouth on Tuesday 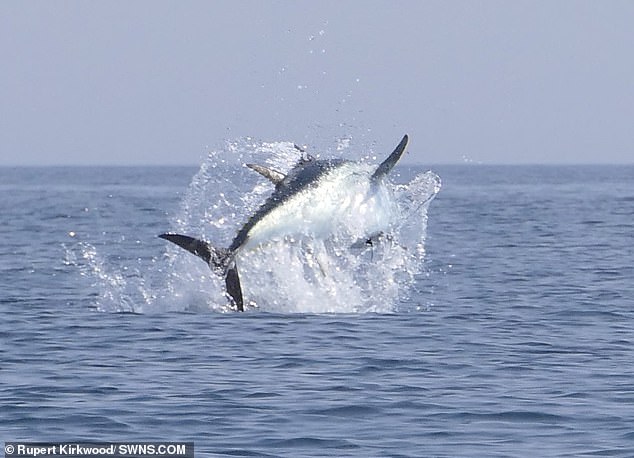 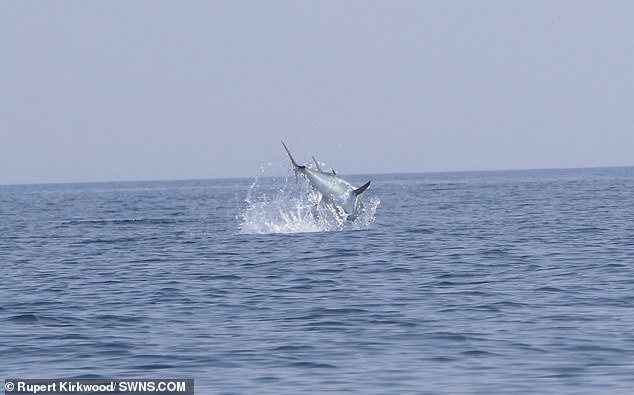 At market, they sell for thousands – and even millions – of pounds, making the bluefin the most valuable fish in the world.

Mr Kirkwood, 60, was three miles off Plymouth on Tuesday when he saw the bluefin in action alongside whales and dolphins.

‘There was a constant roar of a tuna feeding frenzy for about two hours. I saw about 20 different feeding frenzies over that time,’ he said.

‘They pin the shoaling fish – sand eels and herring – against the surface then hit them from below with such force that the tuna often breach the surface themselves.’

Mr Kirkwood, who is known as The Lone Kayaker and spends his time observing marine wildlife, added: ‘I’ve seen the occasional flurry and tuna jumping – but getting a photo of them is virtually impossible because they are so fast. 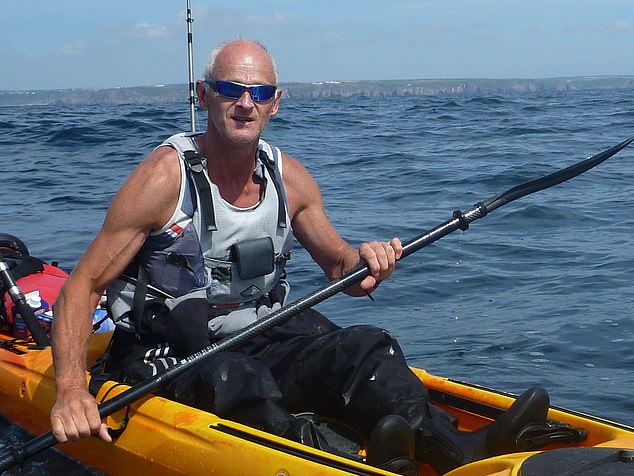 Kayaker Rupert Kirkwood, 60, who photographed the feeding frenzy said that getting a photo of the tuna is virtually impossible because they are so fast

‘The reason I did is because so many were erupting from the surface. They’ve been seen down in Penzance the past couple of weeks, I saw a handful at Fowey the other day.

‘I’m not aware of anyone who has ever seen this sort of level of activity this far east.

‘It was so calm that for about three hours I heard almost constant porpoise breathing, splashing dolphins, splashing tuna and breathing minke whales.’

As bluefin tuna are an endangered species, it is illegal to catch them in the UK. If caught by accident, they must be returned to the sea. 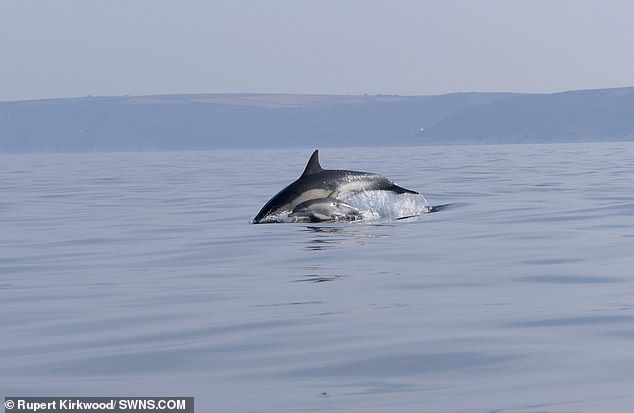 David Attenborough called them ‘superfish’ as they can reach speeds of 43mph and dive more than 3,000ft 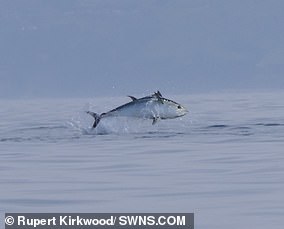 Bluefin tuna, also known as giant tuna, are the most valuable species of fish in the world

The Atlantic bluefin tuna can reach speeds of 43mph and dive more than 3,000ft

Native to the Atlantic and Mediterranean, they can live up to 40 years