Washington: US President Donald Trump and his administration kept up their out-sized promotion Monday of an anti-malaria drug not yet officially approved for fighting the new coronavirus, even though scientists say more testing is needed before it's proven safe and effective against COVID-19. 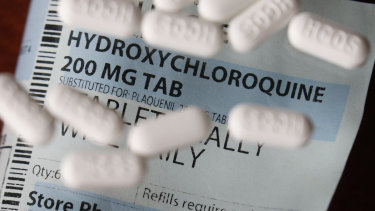 Untested but Trump says: ‘What have you got to lose?’: Hydroxychloroquine pills.Credit:AP

Trump trade adviser Peter Navarro championed hydroxychloroquine in television interviews a day after the president publicly put his faith in the medication to lessen the toll of the coronavirus pandemic.

"What do I know, I'm not a doctor," Trump said Sunday. "But I have common sense." In promoting the drug's possibilities, the president has often stated, "What have you got to lose?"

Trump held out promise for the drug as he grasps for ways to sound hopeful in the face of a mounting death toll and with the worst weeks yet to come for the US. The virus has killed more than 10,000 in the U.S., and measures meant to contain its spread have taken a painful economic toll and all but frozen life in large swathes of the country.

But medical officials warn that it's dangerous to be spruiking unproven remedies, and even Trump's own experts have cautioned against it.

The American Medical Association's president, Dr Patrice Harris, said she personally would not prescribe the drug for a coronavirus patient, saying the risks of severe side effects were "great and too significant to downplay" without large studies showing the drug is safe and effective for such use.

"People have their health to lose," she said. "Your heart could stop."

Trump's interest in the drug was piqued in part by coverage on conservative media.

On March 16, Fox News ran a segment on a small French study promoting the effectiveness of hydroxychloroquine in treating the coronavirus. Hours later, attorney Gregory Rigano appeared on a prime-time show and said evidence suggested it could rid the body "completely" of the virus. 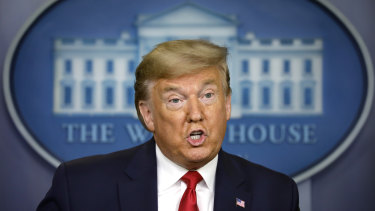 US President Donald Trump urges the use of a drug he has learned about through right-wing media.Credit:Bloomberg

Many questions have been raised about another study in France. Some of the 26 people given hydroxychloroquine in that test were not counted in the final results, including three who worsened and were sent to intensive care, one who died a day after later testing negative for the virus and one who stopped treatment because of nausea.

The French study was published in an International Society of Antimicrobial Chemotherapy journal. The society's president wrote on its website that the report "does not meet the society's expected standard."

At least one other world leader has also promoted the drugs. Brazil's President Jair Bolsonaro has touted the benefits of hydroxychloroquine and azithromycin, saying he's heard reports of 100 per cent effectiveness when administered in the correct dosages.

Across Europe, there has also been a recent spike in demand for the drugs even as regulators caution against their unlicensed use. 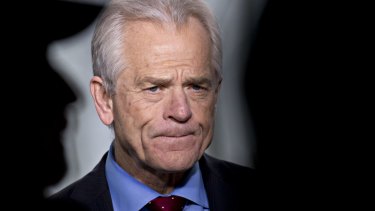 Last week, the European Medicines Agency warned doctors that since there is no proof yet of the drugs' effectiveness, they should be used only in clinical trials or under emergency use provisions.

The jump in demand for the drugs has meant in some instances that patients who rely on hydroxychloroquine for lupus or other conditions are seeing their supplies diverted for COVID-19.

If hydroxychloroquine is proven to work well against COVID-19, its sales would jump, but pharmaceutical analysts say they don't know of any company or individual that stands to make a windfall. That's because there's so much competition and the vast majority of prescriptions filled are for generics.

For most people, the virus causes mild or moderate symptoms, such as fever and cough that clear up in two to three weeks. For some, especially older adults and people with existing health problems, it can cause more severe illness, including pneumonia, and death.