Yousef Makki’s family are ‘appalled’ as his killer, 18, asks for day release from jail ‘to spend time with family’ – less than three months into his 16-month sentence for carrying fatal knife

The family of a 17-year-old public schoolboy were ‘appalled’ today after a teenager controversially cleared of murdering him applied for day release from prison to ‘spend time with his family’.

Joshua Molnar, 18, was cleared of the murder and manslaughter of Yousef Makki after arguing that he stabbed his friend in self-defence in Hale Barns, Cheshire.

But Molnar was sentenced to a 16-month detention training order for perverting the course of justice and possession of a knife following the stabbing on March 2. 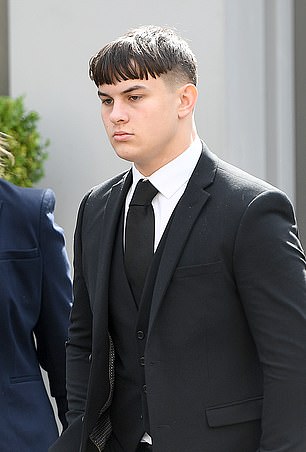 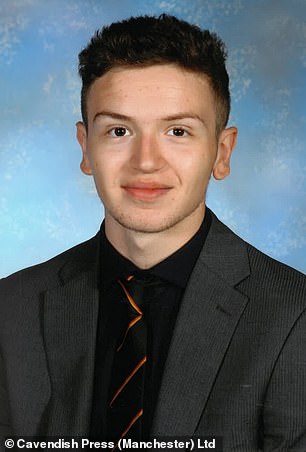 Now, Yousef’s sister Jade Akoume, 28, has revealed a family liaison officer visited her on Friday to say Molnar had applied for a day release at the end of this month.

The mother-of-three told Mirror Online: ‘We are appalled. It appears the application has been made so he can spend the day with his family.

‘But it’s only months after he’s been sentenced. Yousef will never ever have the chance to spend time with his family again.

‘It’s another real kick in the teeth as we will never have the chance to have another day with Yousef and they are fully aware of that.’ 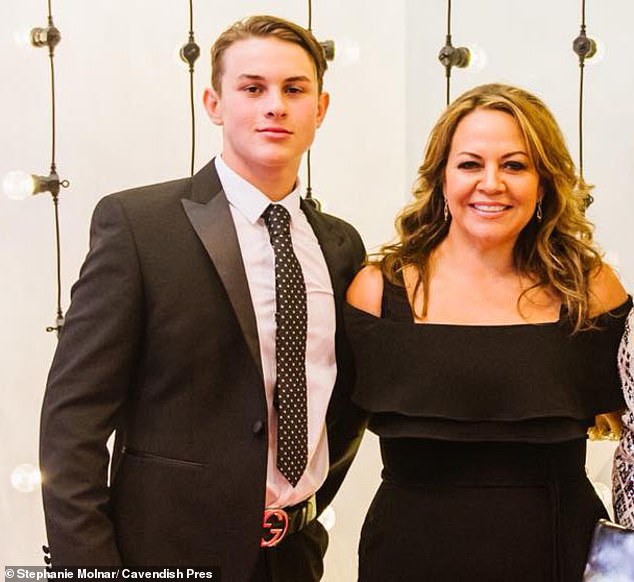 Molnar with his mother Stephanie, 51, who co-founded a chain of private children’s nurseries

Last month, the family of privately educated Molnar were branded ‘shameless’ by the victim’s family for launching a ‘PR offensive’.

They hired a leading publicity firm and gave an interview to The Sunday Times, describing him as ‘a normal, typical teenage lad’ and a ‘fabulously creative chef’.

They said their son was ‘incredibly remorseful’ about the ‘tragedy’ – but then praised his talents and character, and tried to contradict evidence presented in court.

Molnar is the son of Mark Molnar, 56, a business consultant and former chairman of Cheshire Lawn Tennis Association, and Stephanie Molnar, 51, who co-founded a chain of private children’s nurseries. 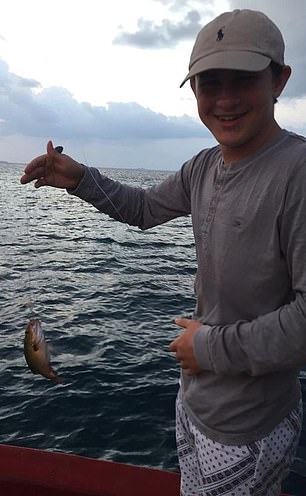 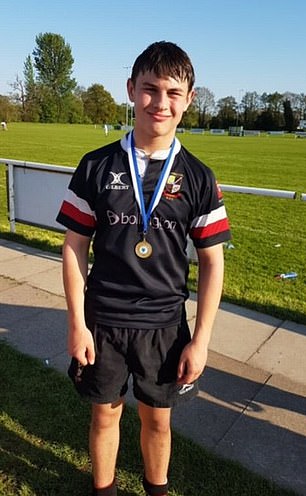 Molnar (above) was cleared of murder but sentenced to a 16-month detention training order – 12 months for perverting the course of justice, and four months for possession of the knife

Mr Molnar is honorary secretary of Cheshire LTA, while his wife has stood down from her business, the Elmscot Group, which built up a portfolio of 14 nurseries employing 225 staff to look after 1,700 children in the North West.

Joshua, who was sent to a several prestigious schools, grew up in the family’s £1million home in Hale, Cheshire – but more recently split his time between his parents’ homes after they separated.

The Molnars are being represented by Manchester PR agency MC2 Communications, which would normally cost thousands of pounds. Its past clients include Cadbury’s owner Mondelez.

But they were accused of going on a ‘PR offensive’ by relatives of Yousef, a scholarship pupil at the £13,000-a-year Manchester Grammar School who was being prepared for Oxbridge. 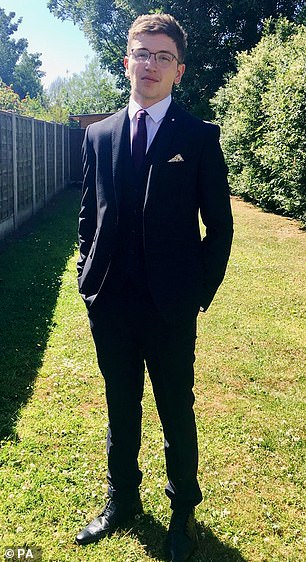 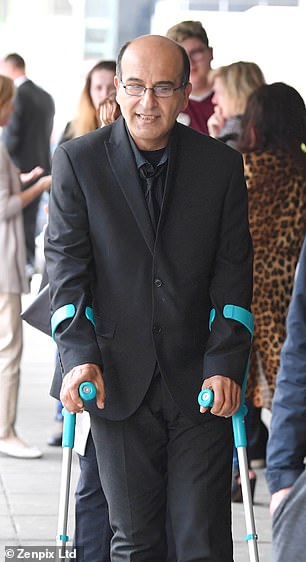 Yousef’s mother Debbie Makki, 54, said: ‘Who do the Molnars think they are having a publicist? They’re hardly Posh and Becks.

‘They are shameless. They have shown no remorse to us during or since the trial. We’ve never heard anything from them.

‘Surely, as human beings they should sympathise with us losing such a huge part of our lives. Instead, they seem to be more worried about tainting their reputations.’

Mrs Makki and daughter Jade Akoum, 28, said they would be ‘exploring all avenues to ensure justice for Yousef’. They added: ‘We have never seen a shred of true remorse.’ 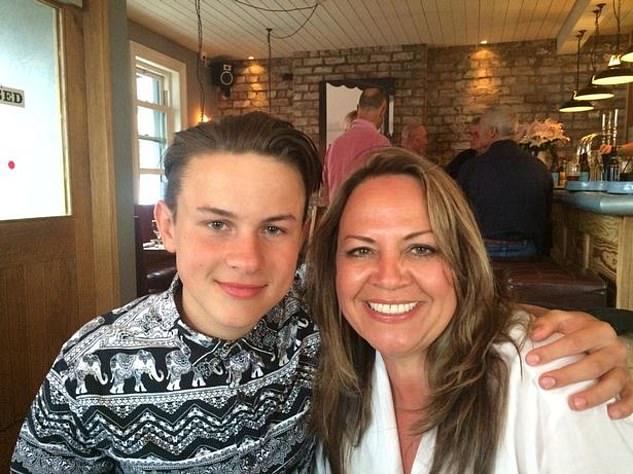 Molnar’s mother Stephanie (above, together) has said the ‘events of that night were a tragedy’

Mrs Akoum said: ‘They can have all the money in the world and use a PR company but they can’t change the fact their son killed Yousef and was troubled.’

She described Joshua as the ‘scum of the earth’. The Makki family, from Burnage, Manchester, are considering a private claim in the civil courts.

Yousef suffered a 5.5-inch wound through the heart after being stabbed with an illegal flick knife during the confrontation on March 2 this year in Hale Barns, a Cheshire village popular with company directors and footballers.

The trial of Molnar and another 17-year-old youth, known as Boy B, heard that they and Yousef were friends but had fallen out over a botched attempt to rob a drug dealer. 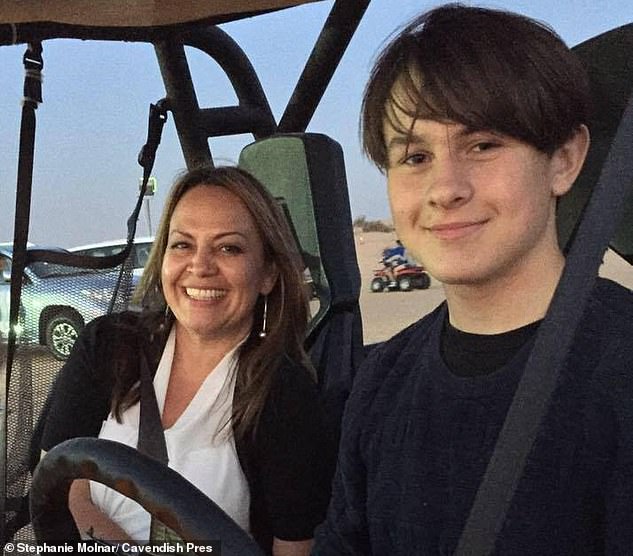 Molnar was allegedly furious after he was beaten up and his £2,000 carbon-fibre mountain bike – a gift from his father – was thrown over a hedge. 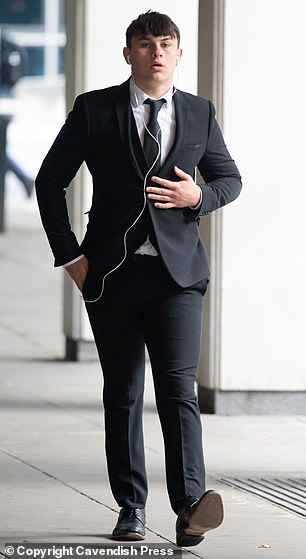 The knife used by Molnar was bought online by Boy B. During the trial at Manchester Crown Court in the summer, Molnar claimed the stabbing happened after Yousef pulled a knife on him.

The prosecution said there was no evidence Yousef had a knife.

Molnar was also cleared of conspiracy to rob, but was given a 16-month detention order after admitting possessing an offensive weapon and perverting the course of justice by lying to police.

Boy B was cleared of conspiracy to rob and perverting the course of justice, but admitted possessing an offensive weapon and was locked up for four months.

The Molnars have told how their son had ‘normal friendship groups’ from school and his home town, and was a talented rugby union player.

In a statement, Mrs Molnar said: ‘The events of that night were a tragedy. I cannot imagine what Yousef’s parents and family must be going through.