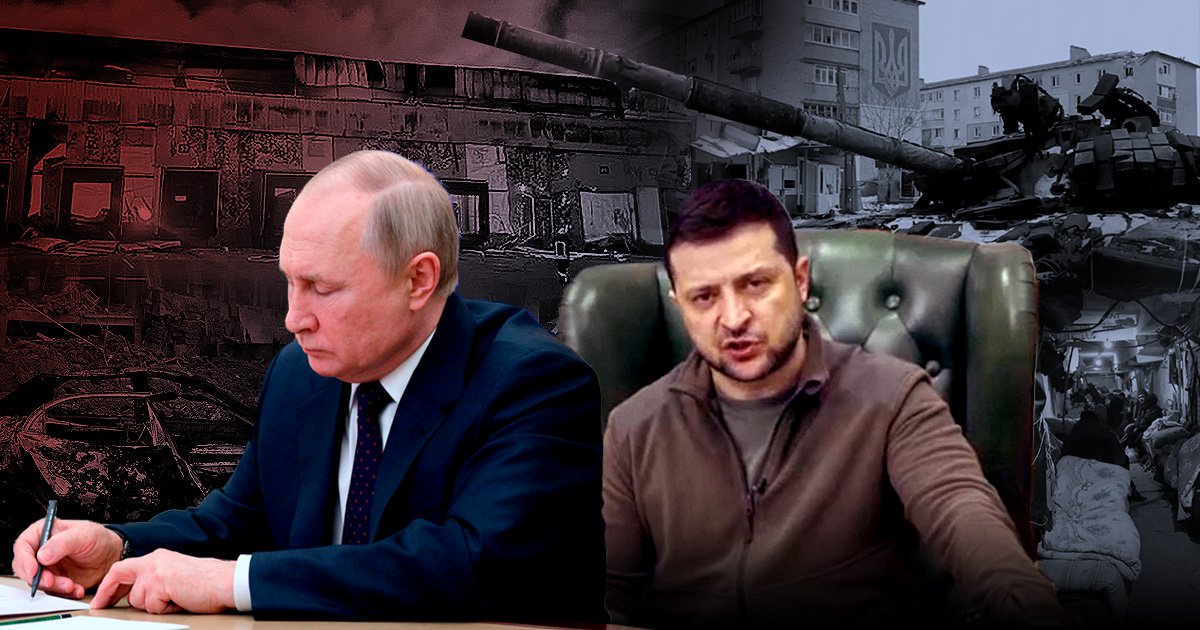 The Ukrainian president has asked Vladimir Putin to meet with him in person in a bid to bring Russia’s attack on his country to an end.

Volodymyr Zelensky has said he wants to meet directly with the Russian president for peace talks, saying that while it would be a ‘hard path, this path is needed’.

So far the Kremlin has ignored Mr Zelensky’s request.

It comes as attempts to bring the war in Ukraine to an end continue at pace.

Officials involved in the tense negotiations gave their most optimistic assessment on the fraught situation yesterday, suggesting there could be a positive result within days.

A key Ukrainian negotiator said Moscow is beginning to ‘talk constructively’, while a Russian negotiator reportedly claimed there had been ‘substantial progress’ in talks.

The glimmer of hope comes as Russia escalated its attack on its neighbour yesterday by shelling areas perilously close to the Polish border.

Russian missiles struck a military base in western Ukraine, killing 35 people in an attack on a facility that served as a crucial hub for cooperation between Ukraine and the Nato countries supporting its defence.

It raised the possibility the alliance could be drawn into the fight.

Mr Zelensky called it a ‘black day’ and again urged Nato leaders to establish a no-fly zone over his country – a plea that the West has said could escalate the war to a nuclear confrontation.

‘If you do not close our sky, it is only a matter of time before Russian missiles fall on your territory. Nato territory. On the homes of citizens of Nato countries,’ he warned.

Ukraine has said it is willing to negotiate with Russia but has made it clear it will not surrender.

Russia previously demanded Ukraine cease military action and change its constitution to enshrine neutrality so it cannot join the EU or NATO.

‘I think that we will achieve some results literally in a matter of days.’

He added in a Tweet during video conferences Russia was not ‘putting ultimatums but carefully listening to our proposals’.

‘Our demands are – the end of the war and the withdrawal of RF troops. I see the understanding and there is a dialogue,’ Mr Poldolyak wrote.

‘According to my personal expectations, this progress may grow in the coming days into a joint position of both delegations, into documents for signing.’

Meanwhile, US deputy secretary of state Wendy Sherman said Russia was showing signs of willingness to engage in substantive negotiations.

Since their invasion more than two weeks ago, Russian forces have struggled in their advance across Ukraine, in the face of stiff resistance, bolstered by Western weapons support.

Instead, Russian forces have besieged several cities and pummelled them with strikes, hitting two dozen medical facilities and creating a series of humanitarian crises.

The UN has recorded at least 596 civilian deaths, though the true death toll is believed to be much higher and Ukraine’s prosecutor general’s office said that at least 85 children are among the dead.

Russia-Ukraine war: Everything you need to know

Since Russia’s invasion of Ukraine began on February 24, the country has suffered widespread damages and loss of life amid a major bombing campaign.

Countries have retaliated by imposing sanctions on Russia and oligarchs such as Roman Abramovich, while large companies like Disney, Starbucks, McDonald’s, and Coca-Cola have suspended business in the country.

However, despite these economic blows, Russian President Vladimir Putin hasn’t shown any signs of calling off the attack anytime soon, with a convoy moving closer to the capital Kyiv.