Prince William Rips Racists Who Targeted England Players After Loss, 'I Am Sickened' 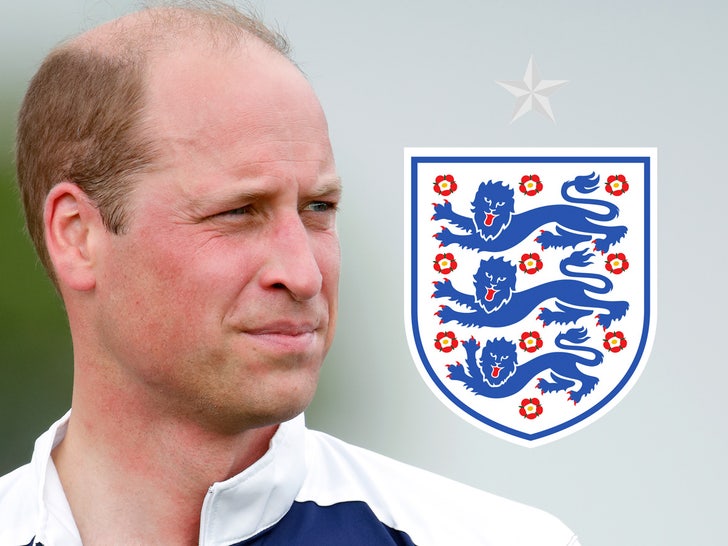 Racists spewed vile words toward Jadon Sancho, Marcus Rashford and Bukayo Saka — who are Black — after they all missed kicks during England’s penalty shootout loss to Italy in the Euro 2020 championship match … and it didn’t take long for William to rush to their defense.

The 39-year-old issued a stern statement on social media, writing, “It is totally unacceptable that players have to endure this abhorrent behaviour. It must stop now and all those involved should be held accountable.”

William’s words are certainly commendable — given the racial abuse that the players received ranged from n-word-filled rants to flat-out threats — but, they didn’t come without some criticism from observers.

Some on social media wondered why William didn’t issue a similar statement after Meghan Markle told Oprah earlier this year that she had been subjected to racial abuse from members of the Royal Family.

As for England soccer officials, they, too, condemned the racism that their players were subjected to … saying they were “disgusted” and “appalled” by it all.

“We’re disgusted that some of our squad — who have given everything for the shirt this summer — have been subjected to discriminatory abuse online after tonight’s game,” the team said.

“We stand with our players.”

Added England’s Football Association, “The FA strongly condemns all forms of discrimination and is appalled by the online racism that has been aimed at some of our England players on social media.”

“We could not be clearer that anyone behind such disgusting behaviour is not welcome in following the team. We will do all we can to support the players affected while urging the toughest punishments possible for anyone responsible.”

The Metropolitan Police say they’re aware of the comments … and are now vowing to investigate it all, saying in a statement Sunday, “This abuse is totally unacceptable.”

“It will not be tolerated and it will be investigated.”

UK Prime Minister Boris Johnson also condemned the racist remarks, adding in a statement of his own, “This England team deserve to be lauded as heroes, not racially abused on social media.”

“Those responsible for this appalling abuse should be ashamed of themselves.”