As the acclaimed opera singer celebrates his 64th birthday, Express.co.uk explores Andrea Bocelli’s immense nine-figure fortune. While his remarkable vocal talents have made him a household name, the artist has a few other ventures adding a steady income to his multimillion-pound fortune.

The tenor is currently worth an estimated $100million (£88million) according to Celebrity Net Worth, the majority of which unsurprisingly comes from his musical career.

Bocelli’s voice is vastly admired across the globe, not just by his fans but by fellow singers as well.

The legendary Celine Dion, who sang a duet with Bocelli on the song The Prayer, once claimed: “If God would have a singing voice, he must sound a lot like Andrea Bocelli”.

The singer first started a professional music career in 1982. However, he would remain in relative obscurity until the early nineties when he had a breakthrough thanks to another celebrated opera singer.

Luciano Pavarotti was meant to collaborate with famed Italian rockstar Zucchero Fornaciari but instead recommended the burgeoning tenor. 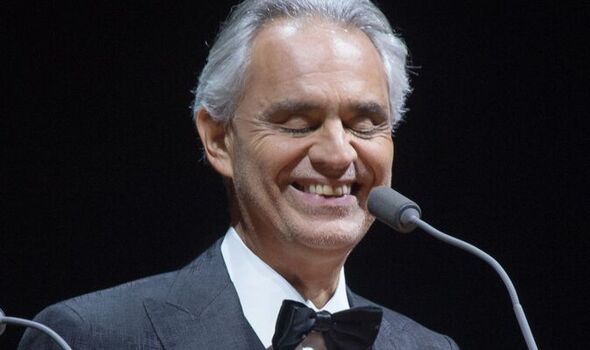 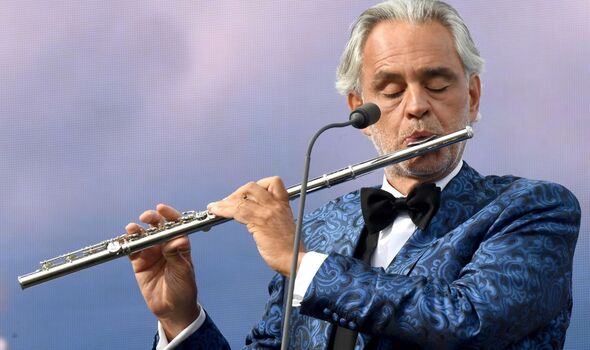 Bocelli was then invited to tour with Zucchero as they performed the song Miserere and maintained a strong friendship with the already-famous Pavarotti.

Pavarotti was notoriously supportive of the young Bocelli, offering him opportunities like performing at his annual charity gala Pavarotti International.

In December 1993, Bocelli made his classical debut at Teatro Romolo Valli and a few months later won the Sanremo Festival competition.

Following this, Bocelli began to explore crossovers between classical and pop music, a collaboration he is now famous for, although it did garner some critique from classical purists.

In 1997 the tenor released Romanza, his first compilation album, which became one of the best-selling albums of all time. 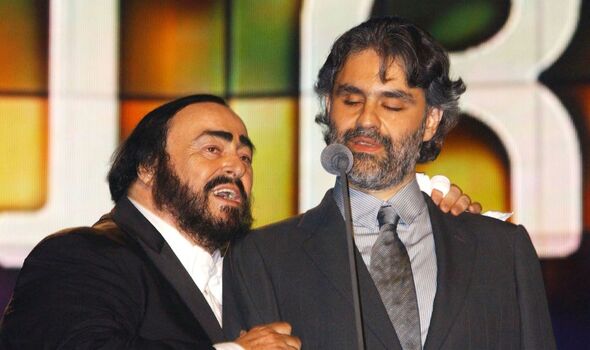 Additionally, the star found himself with a Guinness World Record for simultaneously holding all top three spots on Billboard’s Classical Top 10 chart that same year.

Bocelli has since climbed from strength to strength, performing for sold-out audiences across the globe for fans, royalty, and even the Pope in 2000.

Over his four decades in the industry, the singer has amassed a fair share of awards including a Golden Globe and a star on the Hollywood Walk of Fame.

He was also made a Grand Officer of the Order of Merit of the Italian Republic in 2006 and around the same time opened the Teatro del Silenzio in his hometown Lajatico, Tuscany after convincing the municipality.

The open-air amphitheatre earned its name from the fact that it is silent all year round except for Bocelli’s annual concert in July, which sees the tenor take to the stage with artists from around the world.

However, it’s not just in music where Bocelli’s talents shine. The tenor has also co-authored a number of books, most of which are in Italian but some are available in English as well as Braille.

Bocelli’s mother was warned when she was pregnant with her son that he would have a disability and was allegedly advised by her doctor to terminate the pregnancy. 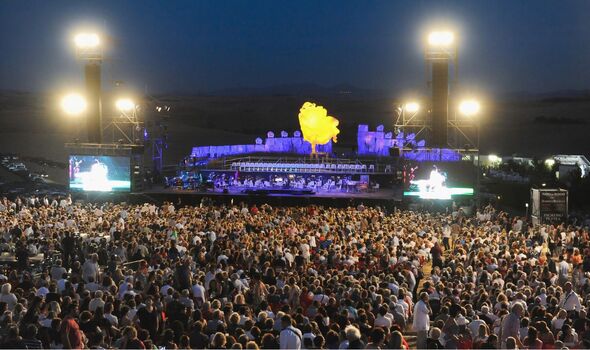 Ultimately Bocelli was born with a visual impairment and was soon diagnosed with congenital glaucoma, also known as childhood glaucoma.

The young Bocelli still had some vision but was accidentally hit in the face with a football at the age of 12 and lost his sight completely.

His love for singing and performance started in his childhood too and he learned to play a variety of instruments from the drums to the trumpet.

Despite his passion, Bocelli started a law degree at the University of Pisa after school and only sang in bars to help pay his way through his studies.

He reportedly worked as a court-appointed lawyer for just one year before following his musical dreams, with the help of braille musical scores and lyric sheets.