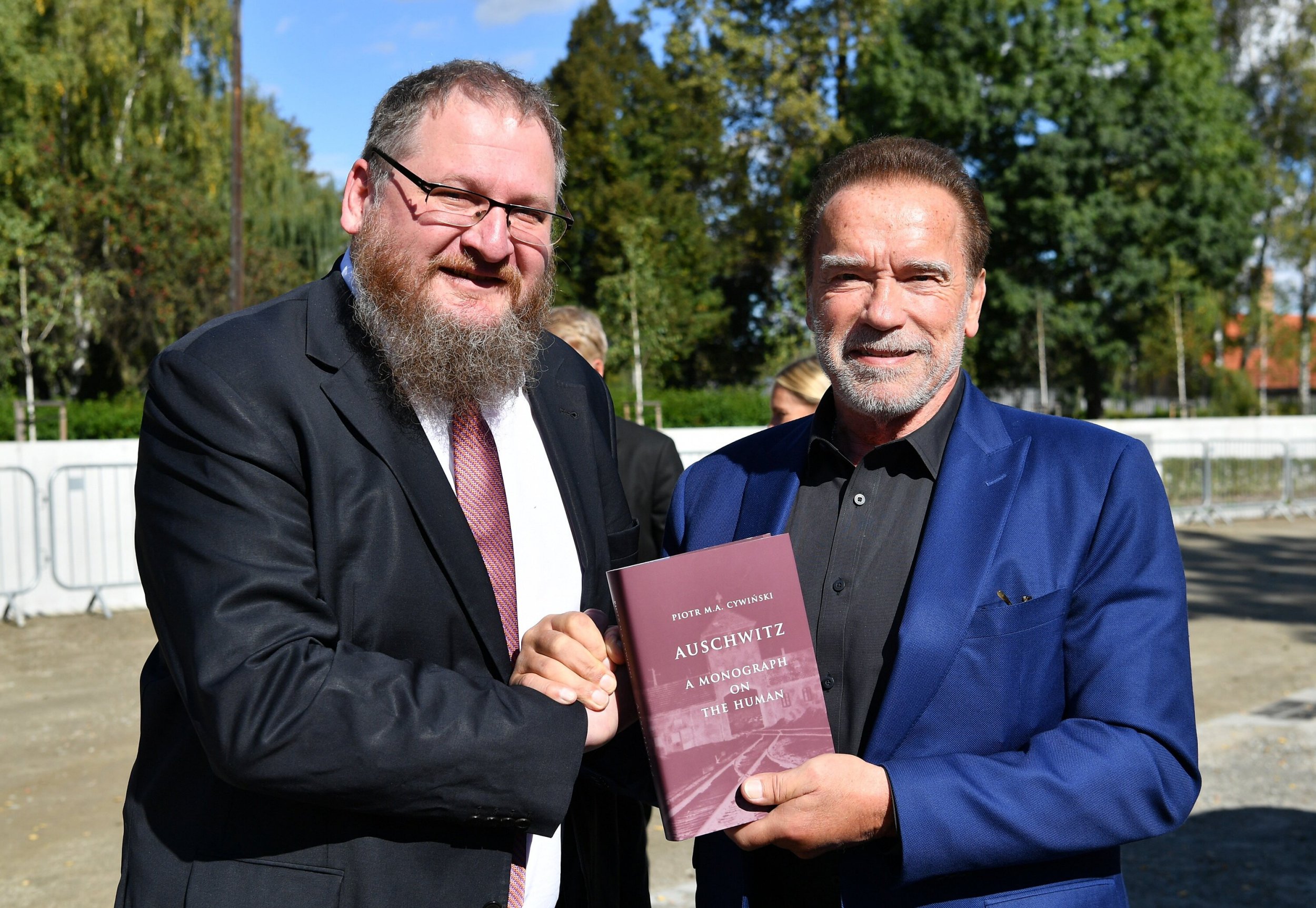 Arnold Schwarzenegger has caught some heat after signing a guest book during his visit to the former Auschwitz concentration camp with one of his famous catchphrases from The Terminator.

The former governor of California paid a visit to the historic site, which was occupied by Adolph Hitler’s Nazi Germany during World War II and the Holocaust, and led to the deaths of over 1.1million men, women and children.

Schwarzenegger, 75, made the trip after being honoured with the fighting hatred award from the Auschwitz Jewish Center Foundation in June.

After his tour, the Hollywood actor signed a guest book at the former camp which read: ‘I’ll be back,’ alongside his name.

Many will recognise the popular catchphrase as the famous line from Schwarzenegger’s classic 1984 sci-fi blockbuster The Terminator.

A close-up of the actor’s comment in the guest book was shared to the museum’s official Twitter page on Wednesday shortly after his visit, but many questioned whether the catchphrase was appropriate to use given the horrific events that occurred at the concentration camp.

One Twitter user explained: ‘I’m glad he visited and wrote in the book but I had to think twice about the message. I’m sure he meant it in the nicest possible way and having been there I know its hard to find the right words but I’m not sure these were the best.’

Another agreed: ‘Not sure the tone of that was entirely suitable.’

One described Schwarzenegger’s choice of words as ‘flippant’, while another said: ‘Not sure quoting a genocidal robot is appropriate in the circumstances.’

However, others were more understanding of the actor’s intentions, including one fan who argued: ‘It’s so sad to see so many hate on him for this.  He obviously means he will come back to the site in the future. Yikes.’

Another supporter tweeted: ‘I think those are nice words. Besides, it’s a reference to famous words from Terminator. It is important that he was and is going to come back.’

The museum echoed the latter sentiments when they later shared an explanation for Schwarzenegger’s use of ‘I’ll be back’.

‘This visit was planned to be relatively short. The inscription was meant to be a promise to return for another and more indepth visit,’ their follow-up tweet read.

The museum had earlier said that the Jingle All The Way star had visited to ‘honour all the victims of the camp and deepen his knowledge about history that would help him fight against prejudices nowadays’.

It comes after Schwarzenegger spoke out about his mission to help stamp out hate.

After being announced as the award recipient, he said this summer: ‘I am witness to the ruins of a country broken by the Nazis. I saw firsthand how this hatred spun out of control and I share these painful memories with the world in the hopes of preventing future tragedies and educating soldiers about personal responsibility.

‘I stand with the Auschwitz Jewish Center Foundation and their mission of education to ensure NEVER AGAIN.’

Metro.co.uk has reached out to Schwarzenegger’s reps for comment.