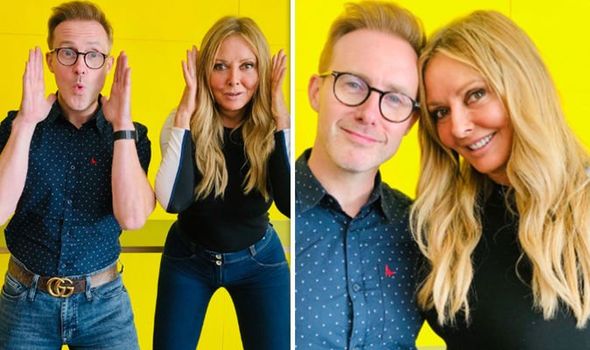 Carol Vorderman, 58, flaunted her ageless figure in a pair of super skinny jeans while hosting her BBC Radio Wales show yesterday. Carol showcased her tiny waist in the figure-hugging dark blue denim, which she paired with a T-shirt. The former Countdown host’s choice of top offered a touch of contrast with bold white and blue stripes along the sleeves. The TV and radio personality wore her long blonde locks loose around her shoulders and styled them in gentle waves.

Carol opted for a touch of black kohl eyeliner and a nude lip for the day.

The star put on an eye-popping display in the the skin-tight apparel as she showed off her best Steps-inspired dance moves when she was joined on air by popstar Ian “H” Watkins, 43.

The pair were pictured joking around in the studio by putting their hands beside their ears to recreate the band’s Tragedy music video.

The Rear of the Year winner shared a series of photos from her afternoon in view of her 412,000 followers and took the opportunity to gush about her BBC Radio Wales family.

She captioned the snaps: “A lovely lunchtime with ‘H from Steps’…⁦ @Ianhwatkins…

“Thanks everyone for being part of the @bbcradiowales family… hooray for all of us together #HappyDays.” 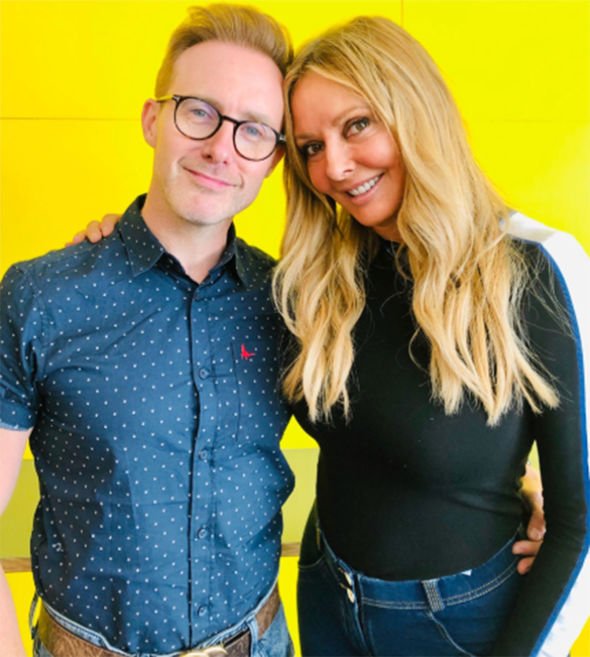 Fans took to the comments section to share their thoughts about Carol’s pictures.

A third Twitter user wondered: ”Carol, do you jump off the house to get into those jeans?”

Elsewhere, Carol spoke out in support of former Welsh rugby legend Gareth Thomas, 45, after he told fans he has HIV. 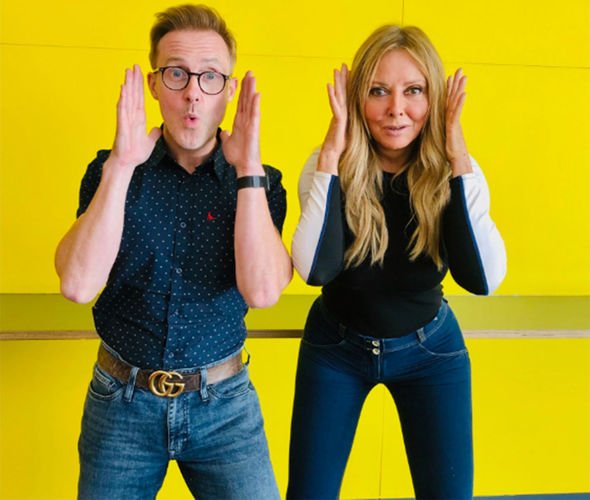 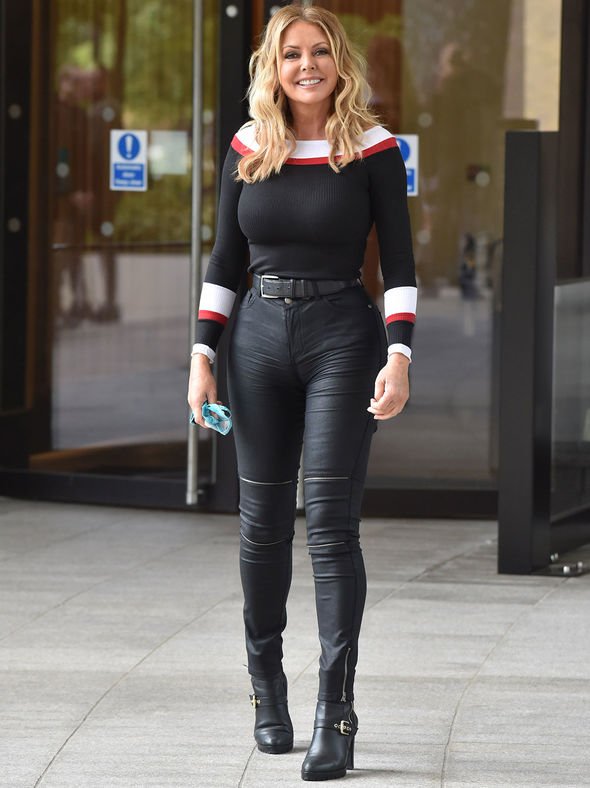 Gareth said he had been living with the diagnosis for years, after sobbing in the arms of a doctor after finding out.

The sportsman opened up his illness in a video, which he shared with his 258,000 Twitter followers last night, explaining: “I want to share my secret with you. Why? Because it is mine to tell you.

“Not the evils that make my life hell, threatening to tell you before I do and because I believe in you and I trust you.”

Pausing, he continued: “I’m living with HIV. Now you have that information, it makes me extremely vulnerable but it does not make me weak.”

He added: “Now even thought I have been forced to tell you this, I choose to fight, to educate and break the stigma around this subject.”

Carol, who is an avid Welsh rugby fan, wrote back: “We love you Alfie @gareththomas14. You will always have our support x.”