Home » Celebrities » Chris Evans’ name was almost G. Robert Evans, and he would have gone by Bobby

Chris Evans’ name was almost G. Robert Evans, and he would have gone by Bobby 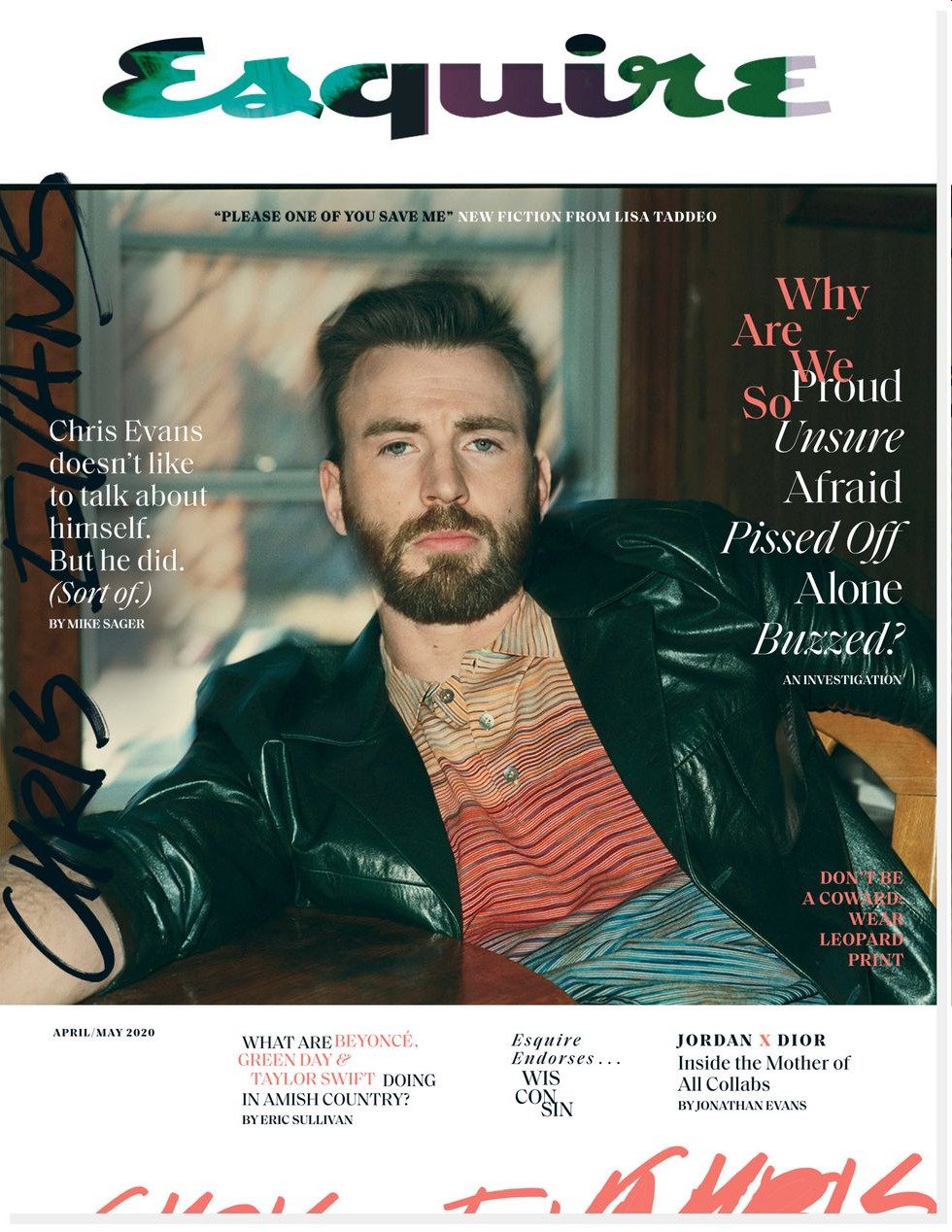 Chris Evans covers the latest issue of Esquire to promote Defending Jacob, his Apple+ limited series where he plays a lawyer whose son has been accused of murder. The interview took place in Chris’s Boston home (estate, really) before the quarantine, but Chris was actually being low-key and introverted before the quarantine anyway. In previous interviews, Chris has mentioned the importance of his long-time group of bro friends and that’s how the piece starts, with a mention of his close-knit crew, and the fact that Chris mostly operates (his personal brand, if you will) as a normal Boston guy with normal Boston buds. The Esquire writer does mention frequently that for all of Chris’s bro-vibes, he actually seemed quite squirrelly when it came to even the most basic questions. It just felt like Chris was in a MOOD. You can read the full piece here. Some highlights:

Defending Jacob was shot in the Boston suburbs. “It felt like I had a regular nine-to-five job. I’d sleep in my own bed; I’d see my family on weekends. A lot of times you have a bit of a nomadic lifestyle as an actor. You live out of suitcases and in cities you’re not familiar with. Doing Jacob made me feel like I was home but still doing what I love. It was incredibly comforting.”

On his political/apolitical site, A Starting Point: “We were just so aware of the fact that we weren’t in our lane. There was so much to learn, starting with the vernacular. Like, you don’t say the word politician; you say elected official. It’s a very tricky system. The simple fact that they have to be elected to stay in office. People want to say, ‘I’m going to go to D. C. to be a politician, and I’m going to live by my morals and principles, and everything will be okay.’ But once you’re there, you have to start playing this weird game of chess; you have to start measuring whether the juice is worth the squeeze. It starts with little compromises and justifications, and before you know it . . .”

He’s going to stop tweeting about politics for now: “I’m going to take my foot off the gas [of social media] for a little bit until we get this thing up and running.”

His name was going to be something else: “I was supposed to be G. Robert Evans IV. I would’ve been Bobby, but my mother was in love with the name Chris. So my dad gave it to her.” After his father remarried, he started a second family. Evans now has a stepbrother named G. Robert Evans IV. “My dad was very happy to pass that on. I always wondered if I would have been a good Bobby. I’m glad I’m Chris. I would’ve been honored to have had that moniker, be in that lineage. But Chris is good, too.”

On his father: Chris says he “lasted in this business without my father’s pragmatism and his curiosity. I think my dad’s level head is the thing that makes getting up every day possible for me.” When Evans saw the final cut of Defending Jacob, he says, “it was a little disconcerting. A lot of scenes where I’m doing certain things, like, for instance, my character’s morning routine in the kitchen—there was the tie, the cup of coffee, and I was like, ‘Wow, I am watching my dad. I’m old.’ It just happened.”

For f–ks sake, he’s not *that* old. He’s 38, he’ll be 39 in June (he’s a Gemini, which… makes sense). People make too much of the whole “staring down the barrel of 40” thing. Yes, turning 40 BLOWS. It 100% sucks. It’s not just a psychological blow, it’s also a physical blow – you are very aware of how much your body is slowing down, you pick up more injuries and it takes you longer to recover and on and on. But still, Chris is fine. He should stop worrying about “turning into his dad” or whatever. As for his name… yeah, he seems like a Chris. But he also TOTALLY seems like a Bobby, right? Robert doesn’t suit him at all, but Bobby Evans the bro from Boston? Come on, he’s totally that guy.

“As a kid, theater is what’s available to you, local plays," Chris Evans says in our April/May 2020 cover story of getting his start on stage. "And it’s usually going to be a musical. But musicals aren’t the thing that I fell in love with. I just liked acting. I have a soft spot for theater, because it was such a big part of my childhood, a very sweet chapter in my life. But it’s not like I’ve always said, ‘Man, I got to get back to musical theater!’ … My main reason for doing it was because I liked acting so much.” Read the full story at the link in our bio. Photo: @robbiefimmano for Esquire Jacket: @Berluti Shirt: @Missoni Pants: @MaisonValentino Belt: RRL @RalphLauren.