Well done to the researcher on Simon Schama’s History Of Now (BBC2) who realised that the best way to get a veteran Czech rocker talking is to do the interview in a pub at breakfast time.

‘Morning beer, it’s very important,’ rumbled dissident musician Vratislav Brabenec, aged 79, a founder member of The Plastic People Of The Universe. Vrat was a thorn in the side of the communist regime in the 1970s. ‘I was jailed because I played the saxophone,’ he said, and many people would agree that sax players often deserve it — but The Plastic People’s crimes were political, not musical.

Playing underground gigs at refusenik and playwright Vaclav Havel’s house, the band spearheaded resistance to Moscow. They symbolised everything Schama extolled in this documentary, in which the ‘history’ was less important than the ‘now’. Exploring how music, literature and art fought against communist repression, he built to an impassioned denunciation of Putin’s invasion of Ukraine. 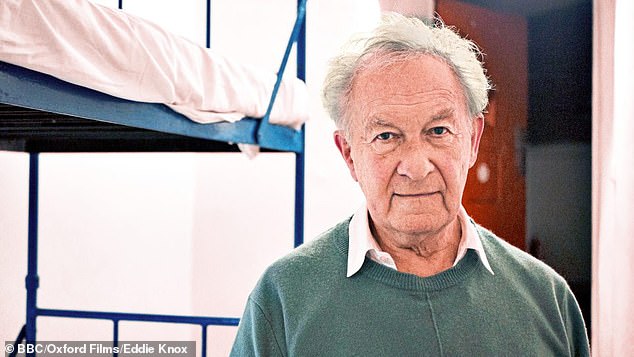 Choking up in Prague’s Wenceslas Square, he said, ‘I’m so upset with what’s happening now. Humanity cannot afford the liquidation of democracy. I read people saying it’s none of our business. It’s always our business. We do not want to see democracy die in the name of: ‘Shut up, buy a new pair of sneakers and get on a plane to Ibiza, and who gives a toss?’ I’m an old man and I don’t want to die with the world selling itself down that crummy river.’

His plea was all the more heartfelt for being obviously unscripted, delivered with anguished winces and despairing smiles.

The programme was also notable for an interview with exiled Chinese artist Ai Weiwei, describing how Beijing’s autocrats tore down his studio, and Russian performance artist Nadya Tolokonnikova, of punk band Pussy Riot.

Describing the brutal treatment she endured after being arrested for mocking Putin in song, at a Moscow cathedral in 2012, she said, ‘Really nothing worse can happen in my life, except death.’

It amounted to an urgent reminder that, nine months after the Russian invasion, Ukraine is still fighting for its survival — and we will be guilty of betrayal if we allow ourselves to forget that.

Excerpts from a 1933 film by Fritz Lang, The Testament Of Dr Mabuse, showcased a crude but effective special effect, to simulate the hypnotic power Hitler wielded over ordinary Germans. In a double exposure, the ghostly figure of a demon hovered behind a man and then became absorbed into his body. 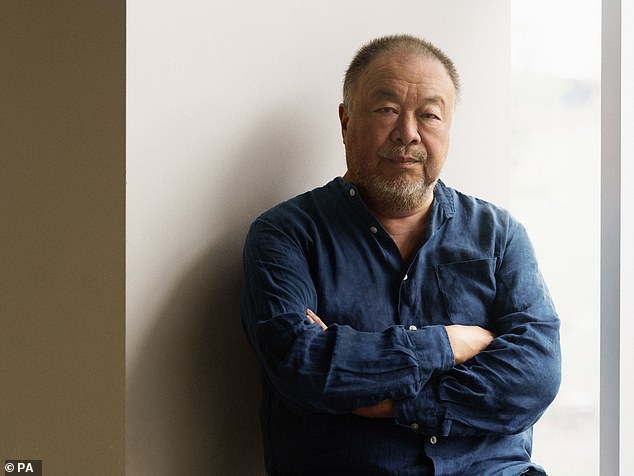 The programme was also notable for an interview with exiled Chinese artist Ai Weiwei, describing how Beijing’s autocrats tore down his studio, and Russian performance artist Nadya Tolokonnikova, of punk band Pussy Riot

After the film’s premiere, the Nazi propaganda chief Joseph Goebbels summoned Lang to tell him how much Der Fuhrer enjoyed his early work . . . the later stuff, not so much.

Lang took the hint and fled to America. Previous editions of this series have featured critics Neil Norman, Ian Nathan and Stephen Armstrong in stilted conversation round a table, or in leather armchairs like buffers at a gentleman’s club. This time, their contributions were filmed separately and were clearer for it — though still very wordy.

Their look at noir’s history confined itself to a handful of seminal films. Their central theory was that classics such as The Big Sleep and The Third Man owed as much to Germany’s silent expressionist movies as they did to Hollywood gangster thrillers.

It left me itching to go to watch all those great films again.