Last week, Charisma Carpenter, who played Cordelia Chase on three seasons of “Buffy the Vampire Slayer” before she was cast in the spinoff series “Angel” with Boreanaz in 1999, released a lengthy statement accusing Whedon of professional mistreatment and essentially firing her from the show when she got pregnant with her first child.

On Valentine’s Day, the actor, who is now on “SEAL Team,” took to Twitter to showcase his support for Carpenter amid the Whedon drama.

“I am here for you to listen and support you. Proud of your strength,” the 51-year-old actor wrote.

Soon after, Carpenter responded, revealing that he had reached out to her personally as well.

“I know you’re there for me, David. I appreciate all you’ve done to demonstrate that support privately as well. Especially since Wednesday. -Thank you so much,” she wrote. 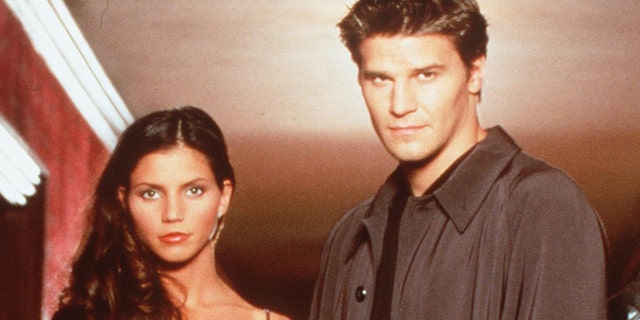 Carpenter’s initial post came on the heels of comments made by “Justice League” star Ray Fisher, who accused Whedon of being unprofessional and abusing his power on the set of the 2017 movie. Whedon was brought in to finish up post-production and conduct reshoots after the film’s initial director, Zack Snyder, left the project early in order to deal with a tragic death in his family.

Fisher’s comments led to an internal investigation at WarnerMedia that Carpenter participated in. The company announced in December that the investigation had concluded and that “remedial action” was taken. It did not specify what the action was.

The bulk of Carpenter’s claims against Whedon had to do with her pregnancy. She claims the director wasn’t happy about her getting pregnant during the show and ultimately fired her.

She wrote that the director “manipulatively weaponized my womanhood and faith against me. He proceeded to attack my character, mock my religious beliefs, accuse me of sabotaging the show, and then unceremoniously fired me the following season once I gave birth.”

The post prompted fellow “Buffy” actress, Michelle Trachtenberg, who played Dawn Summers for three seasons, to reveal that Whedon was not allowed to be alone with her on set. She didn’t go into further detail about why or who enacted the rule.