Elliot Page, 34, is embracing his new public life as a transgender male in his latest pic! The actor shared his first shirtless photo on social media on May 24 and looked as happy as could be. In the eye-catching snapshot, he’s standing outside by a pool while showing off his toned upper bod by wearing nothing but dark red swim trunks and a baseball cap.

He also wore sunglasses and a necklace as he flashed a smile to the camera. “Trans bb’s first swim trunks #transjoy #transisbeautiful,” he wrote in the caption for the pic. Once it was published, it received a large amount of supportive responses from fellow celebs, friends, and fans.

“Hot,” Miley Cyrus wrote along with a red heart emoji while Julianne Moore wrote, “Happy summer.” One fan followed up with a message reading, “Bro you’re ripped” and another wrote, “I’m so happy for you!” Many others commented on how gorgeous Elliot’s smile was in the photo and how much it reflected his now open and honest life. 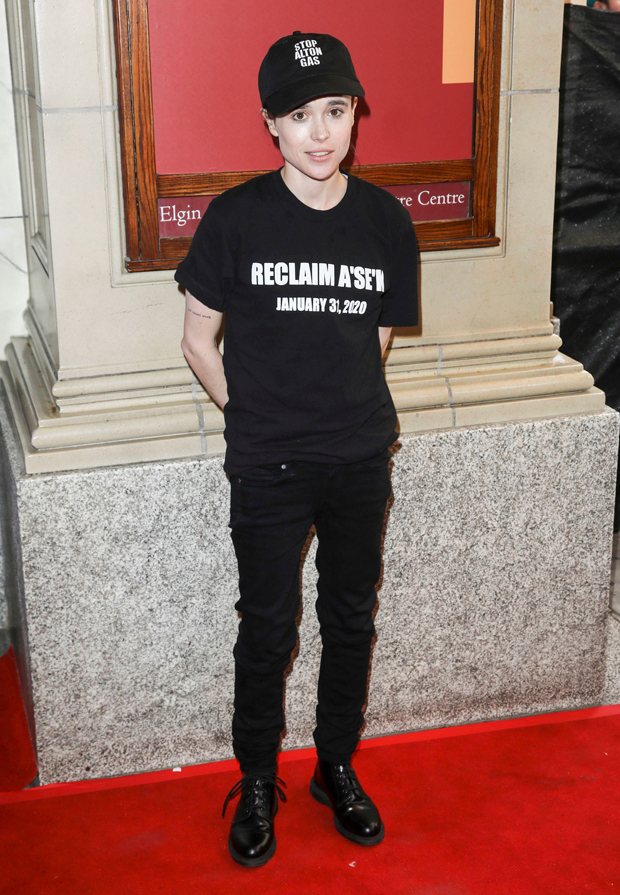 Elliot’s latest headline-making pic comes two months after he revealed the news that he had top surgery to remove unwanted breast tissue in an interview with Time. He posed for the cover of the iconic magazine while admitting “I’m fully who I am” since changing his body and coming out as transgender on Dec. 1. “It has completely transformed my life,” he said of the surgery he decided to have after being “uncomfortable” in the body he was born with.

“It’s a complicated journey,” he admitted, while adding that it has been “an ongoing process.” He also expressed excitement for going back to his successful acting career with his transformation. “I’m really excited to act, now that I’m fully who I am, in this body,” he said.

Since coming out as transgender, Elliot’s been sharing various pics, videos, and messages of gratitude on social media. He’s also been spreading the word about protecting the rights of trans kids throughout the country and world so they can be treated equally among others.