Home » Celebrities » Gillian Anderson tossed the ‘Sex Education’ script, her partner dug it out of the garbage

Gillian Anderson tossed the ‘Sex Education’ script, her partner dug it out of the garbage 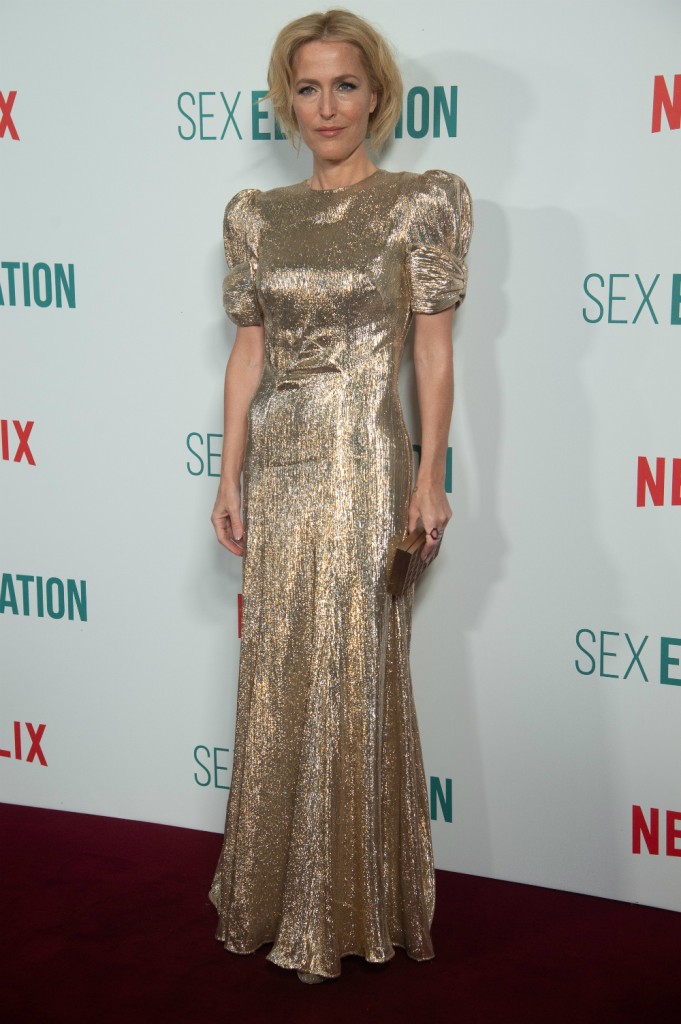 Sometimes I feel so au courant being in this job. And then sometimes I wonder exactly how long has my head been stuck in the sand. Yesterday, I saw the trailer for Sex Education and thought it was a new series. But no, it was the trailer for the second season of the very popular British comedy that I’ve been sleeping on, apparently. The show stars Asa Butterfield as Otis Millburn and his mom Jean is played by Gillian Anderson. But she almost didn’t play Jean, because she tossed the script out as soon as she got it. Fortunately, her partner Peter Morgan rescued the script and encouraged her to take the role.

When Gillian Anderson was first given the script for the pilot of the critically acclaimed British comedy-drama Sex Education, she immediately sent it…into the garbage. “I read a teeny bit of the first episode and threw it in the bin,” she tells EW. “Initially I felt that it was too on the nose.”

The actress believed the setup for the show — about a professional sex therapist whose own teenage son sets up shop advising his fellow students on the subject of carnal activities — to be too obvious. Anderson’s mind was changed by her real-life partner Peter Morgan, the creator and writer of The Crown. “Pete essentially took it out the bin and read it and loved it, and said, ‘You’re mad. This will be really good for you to do.’ I read it and I thought it was hilarious.” So, does Morgan get a percentage of the actress’ Sex Education earnings? “No,” Anderson says with a laugh. “But he does keep reminding me that the success of it is all down to him.”

Obviously, I’m going to have to watch this show now to see what all the yelling’s about. I’m a fan of Gillian’s so it’s not much to ask of me. I also tend to like Peter Morgan’s choices so if he gave the script the thumbs up, it’s probably up my alley.

Actors talk a lot about scripts they passed on and how much they regret it, like Jennifer Lopez just discussed passing on Unfaithful. I know we all probably have one job/position we think maybe we should have taken, but an actor is reminded of their mistake every time that project is discussed. And then they have to be gracious about it and say things like, ‘but no, So-and-So was so amazing in it, it should have been their part all along,’ through gritted teeth and clenched fist. Fortunately, Gillian doesn’t have to regret anything because she gave Sex Education a second chance. And just think how fun it will be to have her sex positive Jean Milburn in mind while watching her play ice queen Margaret Thatcher on The Crown. 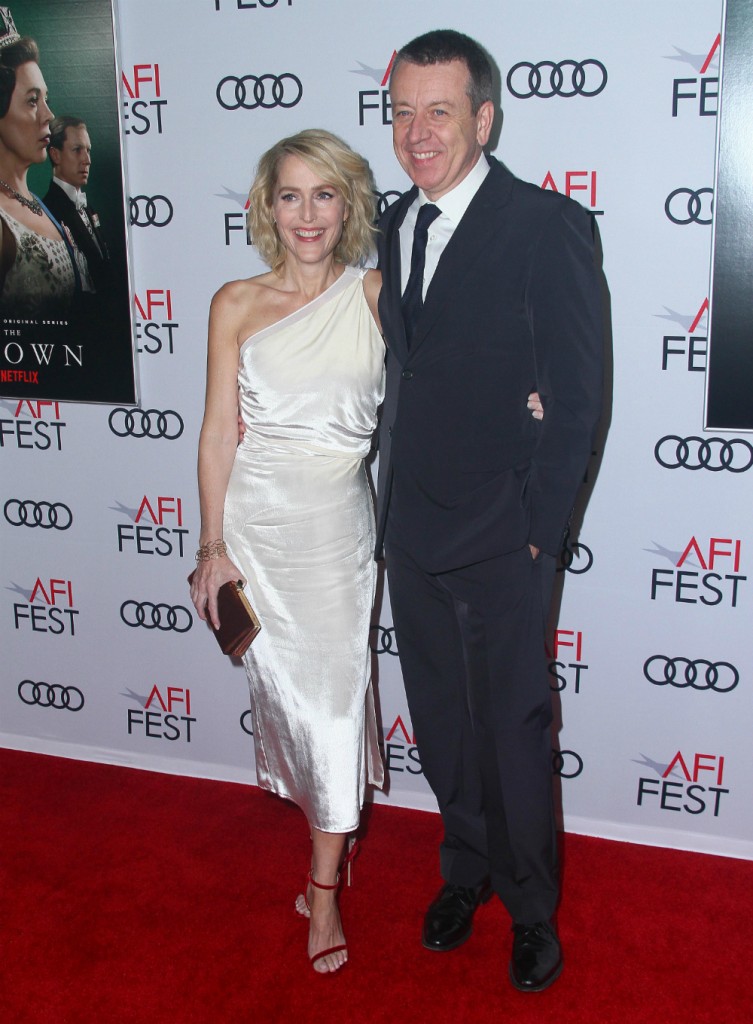 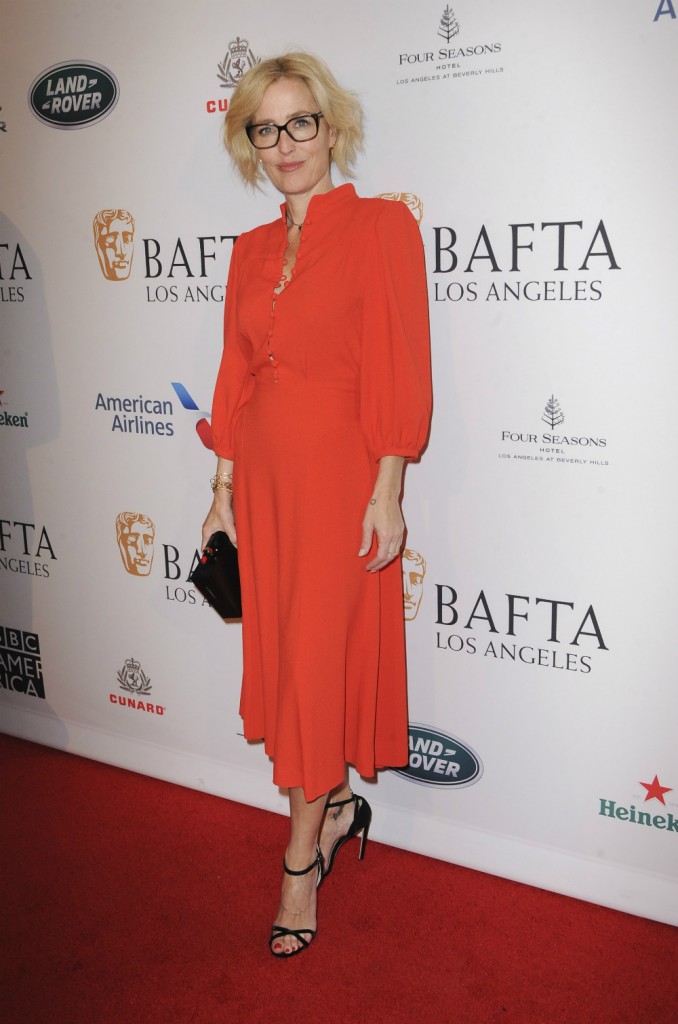 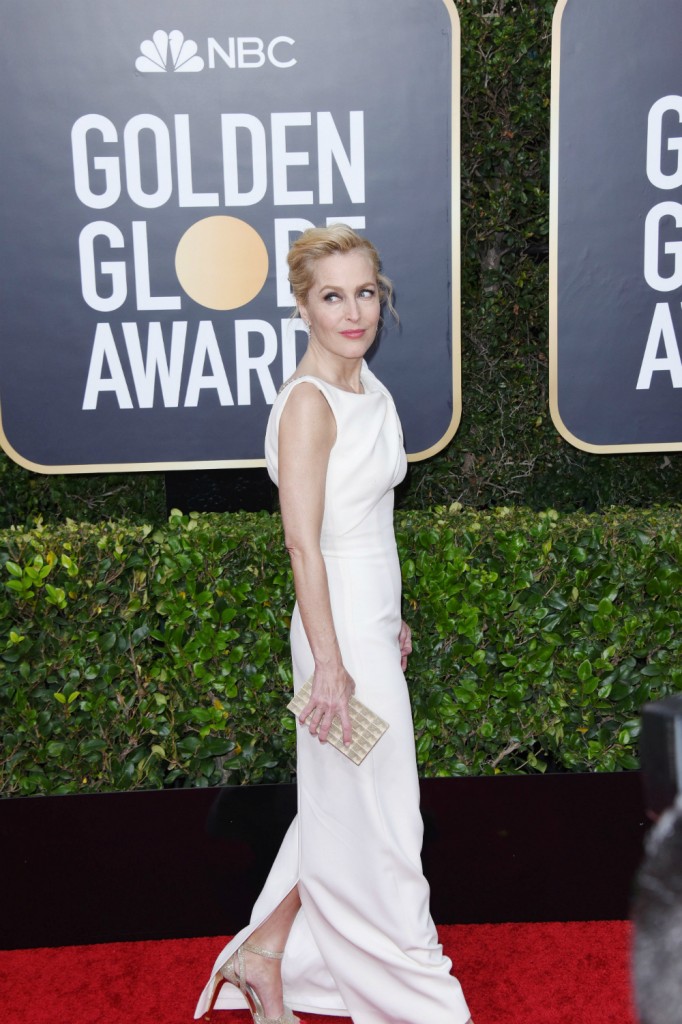