Holly Willoughby and Phillip Schofield took to their respective Instagram pages after heading out for some food after This Morning wrapped. The presenters were joined by stylist Angie Smith and make-up artist Patsy O’Neill at Mayfair restaurant MNKY HSE. The 38-year-old was seen “whacking” their shared dessert in an excited video which she uploaded in view of her 5.6 million followers. Revealing it was a “monkey piñata”, the beauty couldn’t have looked happier after being given the opportunity to smash it.

Do we all get a hit each?

In a slow-mo clip, Holly looked shocked and amused after cracking the elaborate offering in one swing.

Wearing her blonde tresses down in a loose wave, the mother-of-two cut a chic figure in a star and moon print navy blouse.

She teamed her number, complete with scarf detailing, with a high-waisted pair of jeans and coordinated handbag.

Phillip, 57, also added a video of Holly’s antics on the picture-sharing app with his own 2.5 million users.

“Do we all get a hit each?” she was heard asking her companions, while wielding a hitting device.

Someone was then heard telling her: “No you just whack it.” 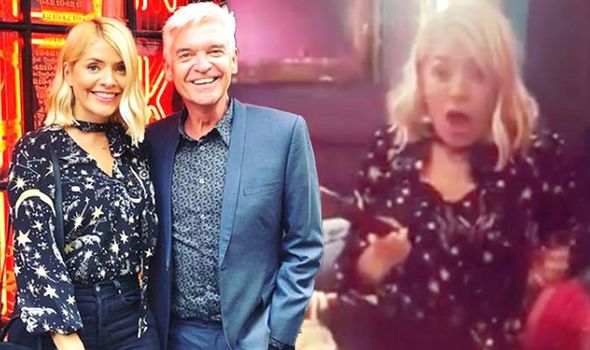 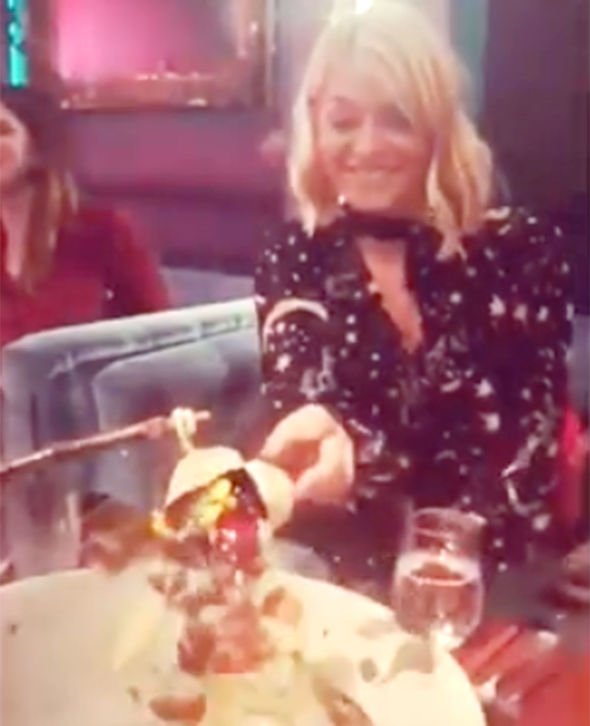 “I’m so excited!” Holly mused, before saying: “Tell me when…” and swinging at the hanging monkey treat.

“Oh my god that’s amazing,” she added, as sweets spilled out.

Phillip latter added: “Thank you SO much for a great afternoon @mnky_hse,” while sharing a shot of the pair of them outside.

Standing next to a gorilla statue, he looked smart in a dark blue blazer and patterned shirt. 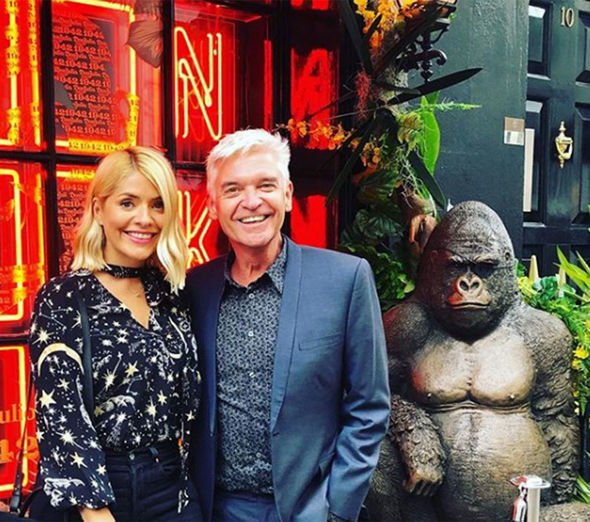 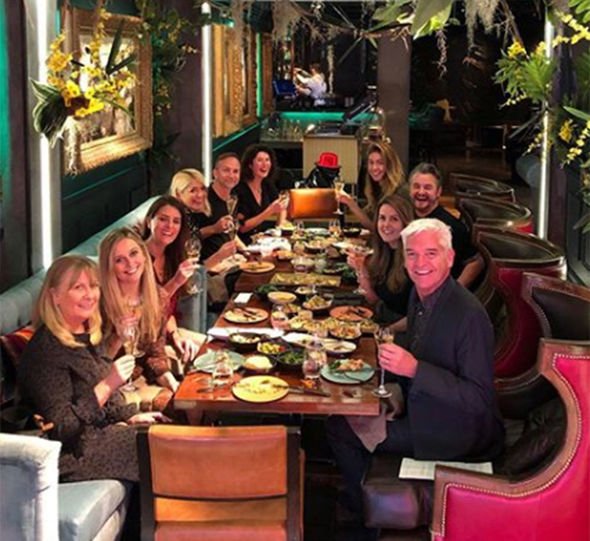 The blonde was left stunned as she came across her This Morning co-star’s Instagram picture.

Rochelle uploaded a picture of herself in a grey dressing gown next to her sibling.

It comes after Holly offered an insight into her marriage with Dan Baldwin, during a Father’s Day segment.

She has almost been married to her husband for 12 years and the couple share three children together, Harry, 10, Belle, eight, and Chester, four.

This Morning airs weekdays at 10.30am on ITV.