How Did The Royal Family Acknowledge Prince Harrys Birthday?

Last year, Prince Harry celebrated his first birthday after Megxit. He, Meghan Markle, and their toddler son — Archie Mountbatten-Windsor — had quit the monarchy to make a new life for themselves across the pond. Besides the move, he and Meghan were also struggling emotionally after the loss of their unborn baby in July 2020. In an elegant op-ed for “The New York Times”, the Duchess of Sussex described her and Harry’s heartbreaking grief about her miscarriage. She wrote, “I lay in a hospital bed, holding my husband’s hand. I felt the clamminess of his palm and kissed his knuckles, wet from both our tears.” Meghan added that she watched “my husband’s heart break as he tried to hold the shattered pieces of mine”.

Twelve months later, Harry’s life looks very different. On the financial front, he has signed Spotify, Netflix, and book deals worth millions. Not bad for a guy who claimed that had it not been for his inheritance from Princess Diana, he would not have been able to start a new life for him and his family in the U.S. This year, he spoke his truth, supported charities he was passionate about, and welcomed a new child after the loss of their second. Harry and Meghan’s daughter, Lilibet Diana, certainly is the crown jewel that, together with Archie Mountbatten-Windsor, completes their family unit. Now 37 years old, Harry has every reason to celebrate. And the royal family thinks so too. Here’s how they reached out to him. 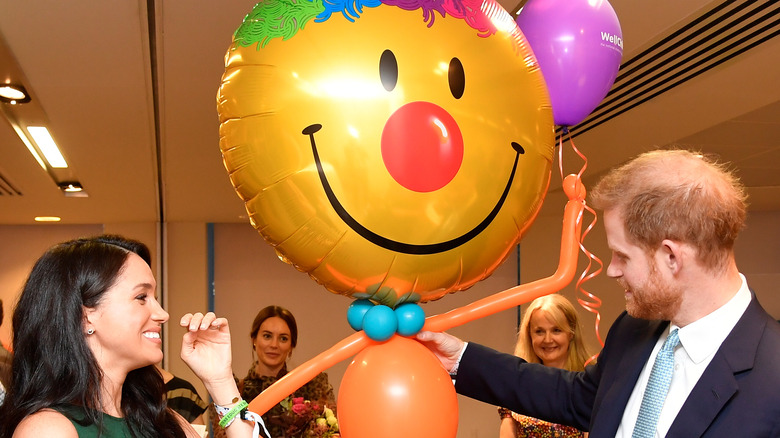 Prince Harry turned 37 years old on September 15. Even though he now resides in the U.S., his British relatives were quick to wish him the best on his cake day. Within the span of five minutes, the senior members of The Firm congratulated the Duke of Sussex on his latest milestone. First up, was Queen Elizabeth’s tweet which read, “Wishing The Duke of Sussex a happy birthday today!” She added a red balloon emoji and four photos of the prince. The snaps depicted a smiling Harry while doing some charity work.

Prince William and Kate Middleton posted on Twitter two minutes later with a simple, “Happy Birthday Prince Harry!”  and also included the crimson balloon emoji to accompany a dashing photo of the dapper duke. In the image, Prince Harry wore a crisp navy suit and white shirt and was laughing at something off-camera. Prince Charles and Camilla, Duchess of Cornwall tweeted a cake emoji and three photos of Harry. While there was a single portrait snap of the red-haired prince, the other two photos depicted Harry and his dad in happier times. The accompanying caption read, “Wishing The Duke of Sussex a very Happy Birthday today!”

The social media posts, wishes, and photos make one thing clear: Harry’s still a member of the royal family. It’s about time they reunited and put the past behind them. There are some kids who need to get acquainted here!

Ackno, Did, Family, How, Royal, the
World News